Top 5 Spots that Sizzle on a South Africa Safari 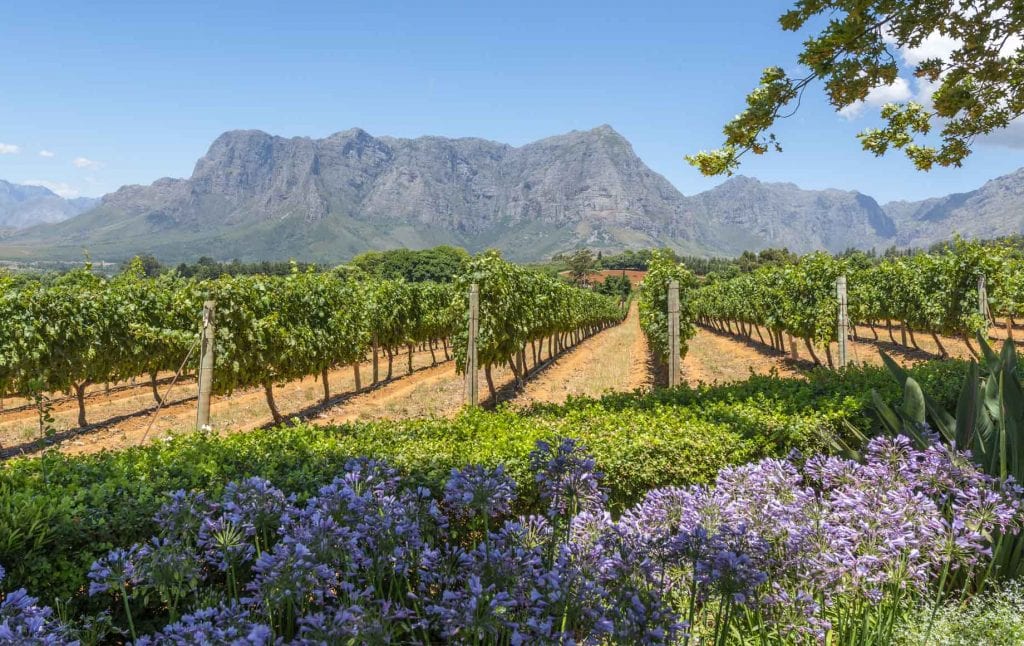 Scene-stealing South Africa is renowned as a heady swirl of cultures, cuisines and glorious natural wonders. A legendarily luxurious South African safari crowns every visit in glory – and these further highlights are vaut le detour.

If you’ve only heard of a handful of spots for safari, Kruger National Park is undoubtedly one of them. South Africa’s most famous animal-rich idyll, Kruger’s expanse of wilderness could fit well over 5,000 Central Parks within its borders – with ample room for a few dozen elephant herds on the fringes. This is luxury safari as civilized as it comes: tarmac roads are baby-bottom smooth, the boutique airport gives the impression of a stylish private hangar. Founded in 1926, South Africa’s largest national park is home to a plethora of iconic African beauties: amongst more than 140 species are the iconic Big Five – in all their magnificent bold, hairy, horny and tantalisingly toothsome numbers. Of particular note are the splendid packs of African wild dogs, a species not often seen but, if you’re as lucky us, you’ll delight in observing a mottled, big-eared pack reunite after a long day’s hunt with peels of yips and howls. The neighbouring land known as Sabi Sand (a collection of private luxlury game reserves connected by unfenced and splendidly untamed geography) benefits from the same healthy wildlife populations that move between their terrain and Kruger. Indulgent, sophisticated, ever serene, the lodges and camps located within Sabi Sands are among of our favourites for safari. The likes of Cheetah Plains, Tengile River Lodge, Londolozi, and Ulusaba set the bar tippy-top-high for their showcase luxurious villas, elevated cuisine and wines, and downright world-class attention to detail.

Without a doubt, the powers that be did some of their finest creation work on these verdant, undulating hills of wonder. Any South Africa safari visit – be it a first, a second or, if you’re as lucky as some, serial repeaters – begs an excursion to the Cape Winelands. Justifiably considered the culinary capital of South Africa, this exuberantly fertile region has also earned something of a reputation for wine… and then some. A sunny Cape day is well spent on toastings, tastings, lunching and art tours (estates such as Delaire Graff and Takara are home to some world-class collections displayed both indoors and out). No matter your preferred tipple, you’ll find a flutter of handsome Sauvignon Blancs, Chardonnays, Chenin Blancs, Merlots and Cabs unique to these parts. Alongside some exquisite wines, prepare for sumptuous dining, stunning scenery and a good day out.

From the storybook-splendid blooms of the king protea, South Africa’s national flower, to the scarlet licks of the red disa, this southern-most tip of the country is a flower lover’s delight. One of six floristic kingdoms on the globe, The Cape Floristic Region is one of the most biologically diverse places you’ll encounter. How diverse? Some 9,000 vascular plant species make this a “hottest of hotspots” in the stakes of our wonder-filled world’s ongoing evolutionary and biological processes. And while the exuberant plant life far outstrips mammals in this UNESCO World Heritage haven, there are also 90 species of mammal that call this region home, including endemic species of reptiles, amphibians, birds, freshwater fish, as well as the proud and perky bontebok, a stunning antelope that’s happily rebounded from near-extinction.

Cape Town doesn’t need a hard sell. Crowned one most beautiful cities in the world, above her picturesque coves, this seductive queen of the African continent is topped by a hulking flat-topped mountain. Dubbed “Taboa de Capo”, or “Table of the Cape”, in 1503 by Portuguese navigator Antonio de Saldanha, the mountain provided the only source of drinkable water for the city for numerous years. Exploring on foot across some 60 hiking trails. (While some routes are labelled “easy”, there’s no denying every path leads you 1,000m above sea level. Fear not, the cablecar rises swiftly top to bottom, bottom to top, every handful of minutes.) A delightful panoply of critters are spottable en route: rock hyrax (otherwise known as rock rabbits), sun-seeking lizards, the rare porcupine, flittering butterflies. The entire experience is rather beautiful and we recommend it heartily.

Epicurians and vinophiles to the fore, Cape Town beckons. A stroll along Cape Town’s foot-friendly V&A Waterfront neighbourhood dishes up a hearty sampling of local hits: from any one of several glittering hotels in the neighbourhood (among our favourite inns, the One&Only is tough to beat), The Zeitz Museum of Contemporary Art Africa is but a stroll away. After a gander round the largest museum of contemporary African art in the world, there’s a world of market cafés and terraces to test the biltong and boerewors (dried meat and sausage), or some Malay-inspired bobotie and bunny chow (spicy casserole and fast-food curry) all well met with a glass of local wine, ginger non-alcoholic beer or heady rich coffee in all the best varieties.

Sophisticates, nota bene: elegant dining abounds on an extended South African safari tour. Out in the bush, deeply luxurious safari camps invoke a heady combination of Hemingway elegance combined with Bezos-worthy modernity. Show-stopping meals are artfully, heartfully, deliciously prepared by highly trained chefs, served by professional staff. Prepare to be blown away by the wine cellars, too – broad, bodacious and all-included. Just outside Cape Town, The Foodbarn is a superb example of Franco-South African fare achieving near-perfect notes of casual sophistication. In town, from the globally sought-after Japanese delicacies of Nobu situated pride of place at One&Only to one of the world’s most lauded restaurants, The Test Kitchen, destination dinners can easily make a journey’s highlight. Then again, who are we kidding? Food like this informs the very journey itself. (For a deeper taste of what awaits lucky foodies, see our South Africa Safari, Where Every Taste is Well Served.)

When you are ready to start planning your next adventure contact our Safari Specialists and let them help you craft a South African safari like no other.

Up Next: Getting to Know Africa's Little Five