Getting to Know Africa’s Little Five

Whether you’re a full-fledged Africaphile or just starting your research, you’ve likely heard of the Big Five. A term coined in old Teddy Roosevelt days in Africa, the “big five” refers to five of the most dangerous animals to encounter on safari with a roster comprised of the lion, leopard, elephant, buffalo, and rhino. While spotting these animals is at the top of the list for many safari-goers, we thought it might be important to shine some much-needed light on another group of prized creatures. While they may be smaller in stature, the “Little Five” are no less enchanting. Never heard of the Little Five before? Allow us to introduce you.

Meet the rhinoceros beetle, a member of the scarab beetle family. A frequent flyer in Southern Africa, the rhinoceros beetle is a curious-looking creature with ample body armor and a trademark horn, exclusive to males, resembling that of a rhinoceros. The largest of these beetles grow to be about two inches in Southern Africa but don’t let their small size fool you, as they are capable of lifting 850 times their own bodyweight! Their horns aren’t just for show, either, as males use them to dig underground and challenge other males for mating rights. 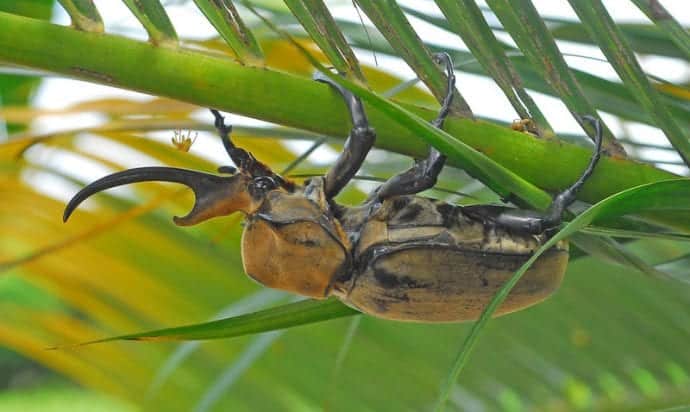 This insect may look intimidating but rest assured they are harmless to humans. While they are equipped with wings and capable of flight, their robust size makes flying an overall clumsy effort. Spotting these signature beetles can be a touch tricky since they are most active in the nighttime. While winding down for the evening, check out the lights outside your camp or lodge as rhinoceros beetles are often attracted to the light. 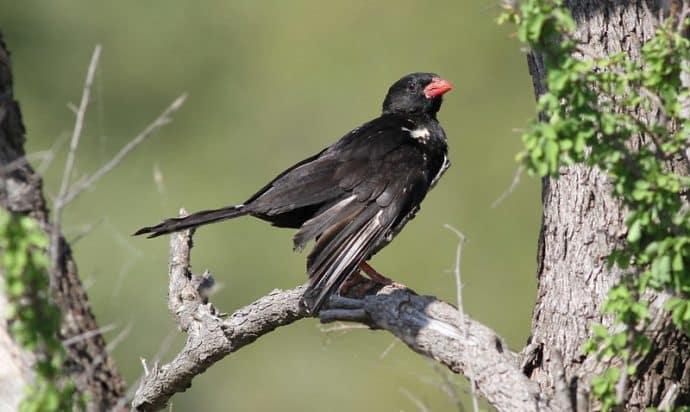 Known for building intricate nests made of dry sticks and grass, the buffalo weaver birds are all fairly easy to spot. You’ll likely hear them before you see them, as all weavers are very noisy. These birds live together in colonies and prefer environments of scrubland and dry savannah. Their diet consists of fruits, seeds, and small insects.

A fascination of many children growing up in rural Africa, the antlion is the smallest member of the Little Five. Known for their feisty attitude, a wink to their lion namesake, the antlion is simply the larval form of a much more beguiling insect resembling a dragonfly. While their final form is rather captivating, antlion larvae are a little scary looking.

Made up of a bulbous, hairy body and sharp mandibles, the antlion is likely something you’d run away from in your kitchen. This alarming appearance goes hand in hand with the fact they are competent predators. Their preferred method of hunting involves creating cone-like pitfalls in the sand for other insects, like ants and termites, to fall into. At the bottom of the cone pit, the antlion waits for food to fall from above. Once presented with its prey, the antlion’s hollow jaws allow them to literally suck their prey dry. It’s all rather macabre.

It’s worth noting that the larval form of the antlion is the only time the antlion eats. Once they evolve into winged wonders, their sole purpose is reproduction. While antlions are not unique to Africa, and are part of a family of more than 2,000 individual species, they are a safari staple and an integral member of the Little Five.

The leopard tortoise gets its name from the signature black and gold markings dotting their incredibly hard shells. While spot definition on their shell varies from tortoise to tortoise, they often start out with rather striking markings that grow consistently more dull as they age through the decades. Easily encountered while on safari drives in sub-Saharan Africa, leopard tortoises are one of the most commonly spotted members of the Little Five. Considered the largest of the region’s tortoises, an adult leopard tortoise can reach weights up to 88 pounds but they typically weigh in anywhere from 17 to 26 pounds. 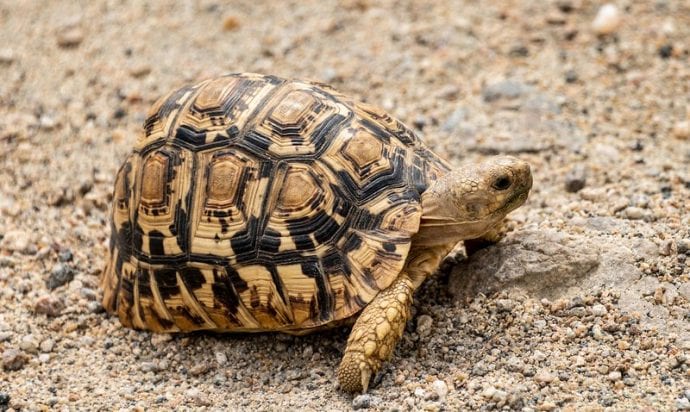 Their diet is made up of dry grass and, interestingly enough, they are the only tortoise species in Southern Africa that can swim. Leopard tortoises prefer a solitary life and find shelter during extreme weather in abandoned animal burrows. They can dig for themselves but they prefer only to do so when laying eggs. These resilient creatures are also capable of climbing and can live for as long as 100 years.

Rounding out the Little Five is the elusive elephant shrew. While they are the least commonly seen of the Little Five, the elephant shrew is easily the cutest member of the bunch. This mini mammal is fond of eating insects and creating lasting monogamous bonds with those of its kind. The species owes its name to its elongated nose that resembles an elephant’s trunk. These noses are incredibly sensitive to smells and pheromones and, along with their ears, help them detect both predators and prey. They inhabit a large swathe of Southern Africa and prefer habitats ranging from dense woodland to deserts. 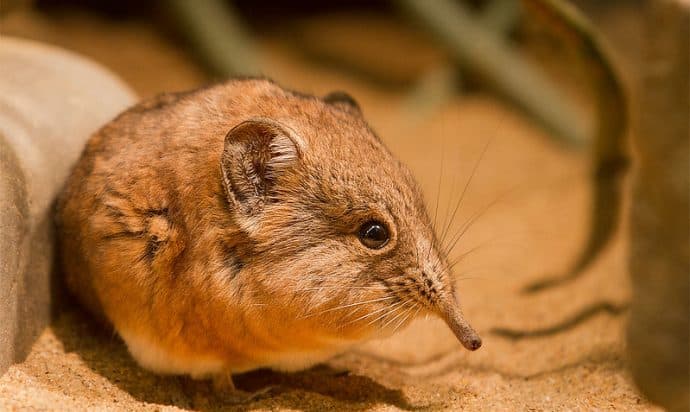 While elephant shrews are abundant and active throughout the day, they are not often seen by safari-goers. There are a few reasons for this. First off, they have a rather skittish nature and are known to be timid creatures. Secondly, they are very quick-footed. Their ability to reach speeds of up to 17mph coupled with their size can make them tricky beings to spot.

Meet the Little Five on Safari with Micato

While not as immediately captivating as their famous cousins, the Little Five are a unique group of African safari icons and they deserve their time in the spotlight. Keep your gaze sharp, your eyes peeled, and your Little Five list ready while out in the bush as you never know when an elephant shrew will scuttle by or when a buffalo weaver bird will soar overhead. If you need some help turning your African research into a stunning trip, simply get in touch with one of our Safari Specialists and they’ll guide you through the process.

Up Next: The Female Anti-Poaching Teams Protecting Africa's Wildlife