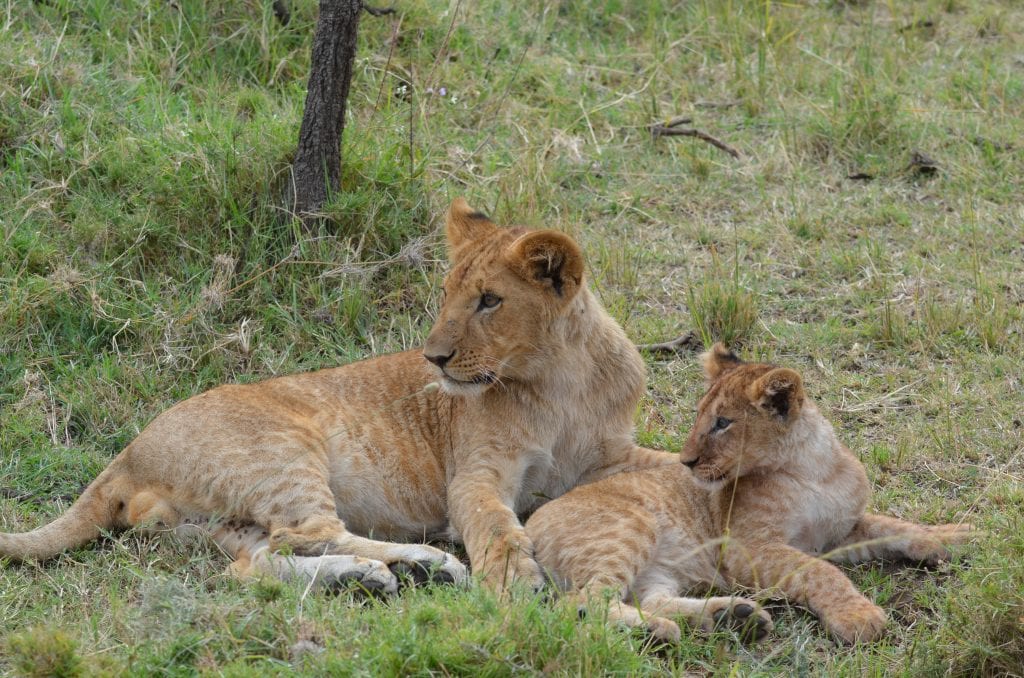 Stalking one creature for hours, days, even weeks, was not uncommon in the African hunting safaris of yesteryear. Hemingway spends the entirety of The Green Hills of Africa searching for kudu, a breed of antelope with horns so curly that they look like something out of Dr. Seuss. Beryl Markham chronicled the unpleasant conditions that surrounded elephant hunting in West with the Night, from being cornered by a frightened bull to losing her compatriots deep in the bush. Today, with the changing of the times signaling a growing awareness of the merits of conservation, safaris are no longer synonymous with hunting. And of course, the only shooting that has ever happened on a safari with Micato is with a camera.

But a safari still requires cunning, a predatory instinct for where to find the creatures you hope to see, and The Big Five—the lion, leopard, cape buffalo, elephant, and black rhino—remain the most sought-after animals: the five most difficult animals in Africa to hunt on foot. Elusive, fast and dangerous, each animal has, in its own right, earned its place on the list of the most coveted safari sightings.

The following are Africa’s Big Five, including some interesting facts about them.

1. The Lion: Royal for a Reason

“As clever as a cat” is a shop-worn saying for good reason, and lions are no exception. They wisely make their home in the savannah, where the tall tawny grasses hide them and provide excellent camouflage, making them nearly impossible to find by anyone but a seasoned safari guide. If they are spotted, however, lions stand their ground, preferring to face their supposed challenger than to run and hide, and the sight of a lion staring regally ahead into the unknown is one that travellers will cherish. Their easy confidence is part of why lions have been associated with royalty for millennia.

Favourite safaris for spotting lions: The Micato Grand Safari is an excellent trek on which to see lions, as the purported “king of the jungle” is actually the king of the savannahs, found in grassy plains all over Africa.

Fun fact: A lion’s roar can be heard from five miles away. Just ask our guests!

2. The Leopard: Quicker Than You’d Think

Leopards are just as cunning as lions, but not nearly so bold. They are nocturnal and mind-bogglingly fast (able to run at speeds up to 35 mph!). When they sense that they have been spotted they will flee, more than likely shooting up the nearest tree, as these big cats are expert climbers. They are also one of the few big cats that purr, and to hear this domestic sound in the wild is lucky indeed.

Favourite safaris for spotting leopards: Leopards range all over the East and South, and The Stanley Wing Safari is an especially great expedition for leopard-spotting (pun intended!)

Fun fact: Leopards can climb trees while carrying prey that weigh as much as they do!

3. The Cape Buffalo: The Nervous Nellie of the Bunch

Although lions and leopards are the predators of the Big Five, neither is as deadly as the cape buffalo, which is considered the most dangerous of the Big Five by far, due to its nervous and unpredictable nature. Large (up to six feet tall and 700 pounds) and equipped with sizeable horns, they are one of the only bovine species that man has been unable to domesticate. Cape buffalo graze in herds and the sight of them spread out in the savannah, viewed from a hot-air balloon or bush plane, is truly majestic.

Favourite safaris for spotting cape buffalo: Once again, The Stanley Wing Safari offers great opportunities for spotting the Cape Buffalo from afar. They can usually be found near water, all across East and South Africa.

Fun fact: Buffalo bulls love wallowing in mud–this is very good for the buffalo’s skin as it helps remove unwanted parasites such as ticks and mites

4. The Elephant: It Never Forgets. Or Whispers.

Elephants are amazingly fast for their size (up to 12,000 pounds) and the shrieking charge of a threatened elephant is not something that one will ever forget. They have reason to fear—the demand for ivory made elephants one of the most hunted animals on the planet, and foundations like The David Sheldrick Wildlife Trust are still struggling to ameliorate the effects of continued poaching. Fortunately, elephants are also quite smart, and when faced with something or someone that does not intend them harm they are gentle and peaceful.

Fun fact: Elephants can swim – they use their trunk to breathe like a snorkel in deep water.

5. The Black Rhino: The Rarest of Them All

The rarest of The Big Five is the black rhino, an animal prized by poachers for the purported (yet scientifically unproven) medicinal properties of its horn, a quality that has driven this ancient animal (a 50 million-year-old species) nearly to extinction. There are only 5,000 of this shy and solitary animal left in the wild. Rhinos are large (the second-largest land animal in the world, next to elephants) but quick, nearly as fast as the leopard when charging, and because of their elusive nature, they are quite a treat to capture in the viewfinder of your Nikon while on one of our safaris.

Favourite safaris for spotting rhinos: While there are not many black rhinos left in the world, their range is wide, and there is a possibility that you’ll sight one on all of our classic safaris, say on The Heart of Kenya & Tanzania.

Fun fact: Rhino horns are made of keratin, like human fingernails and hair.

The concept of The Big Five has been around for so long that many riffs have been done on the theme. The most widespread of these variations is The Little Five, comprised of small animals found in Africa with names corresponding to The Big Five: rhinoceros beetle, buffalo weaver bird, elephant shrew, leopard tortoise, and the ant lion. In South Africa you might also hear tell of The Big Seven, a list that includes the traditional five plus the great white shark and the southern right whale, highlighting the incredible diversity of the region.

The legendary Big Five are indescribably magnificent to see on a Micato safari, in their native habitat, enacting age-old dramas on the endless savannahs. And so many more splendid animals await to be seen: giraffe and zebra, kudu and eland, hippos and crocs to name a few. In the great wilderness of Africa, there is majesty and beauty at every turn. We look forward one day to showing you where they all hide.

Up Next: Micato Journal: On Safari With Jack