The Micato One for One Commitment

We pay for an African child’s education for every guest on safari.

A staggering 62,000 children in the Mukuru shantytown, ranging in age from six to sixteen, cannot attend school on a consistent basis. In principle, primary education is free in Kenya, but in reality there are burdensome fees involved. Families are expected to pay for their child’s desk, uniforms, books, supplies, and term exams, as well as help cover the costs of firewood and salaries for lunch cooks. In short, much more than families living in extreme poverty could ever hope to afford. So children stay home.

During the summer of 2009, Dennis and Joy Pinto were visiting Mukuru’s Kwa Njenga government primary school, which resulted in their commitment to revitalize the school’s barren library as well as completely build another library for the people of Mukuru. But they knew that they wanted to do more. The question of how to structure an educational initiative for government schools was pondered.

A few months later the Pintos heard Blake Mycoskie of TOMS Shoes present his company’s One for One programme, which gives a new pair of shoes to a child in need for every pair purchased. Mycoskie so inspired the Pintos that by lunchtime they were mapping out the concept, and our One for One education commitment was born. 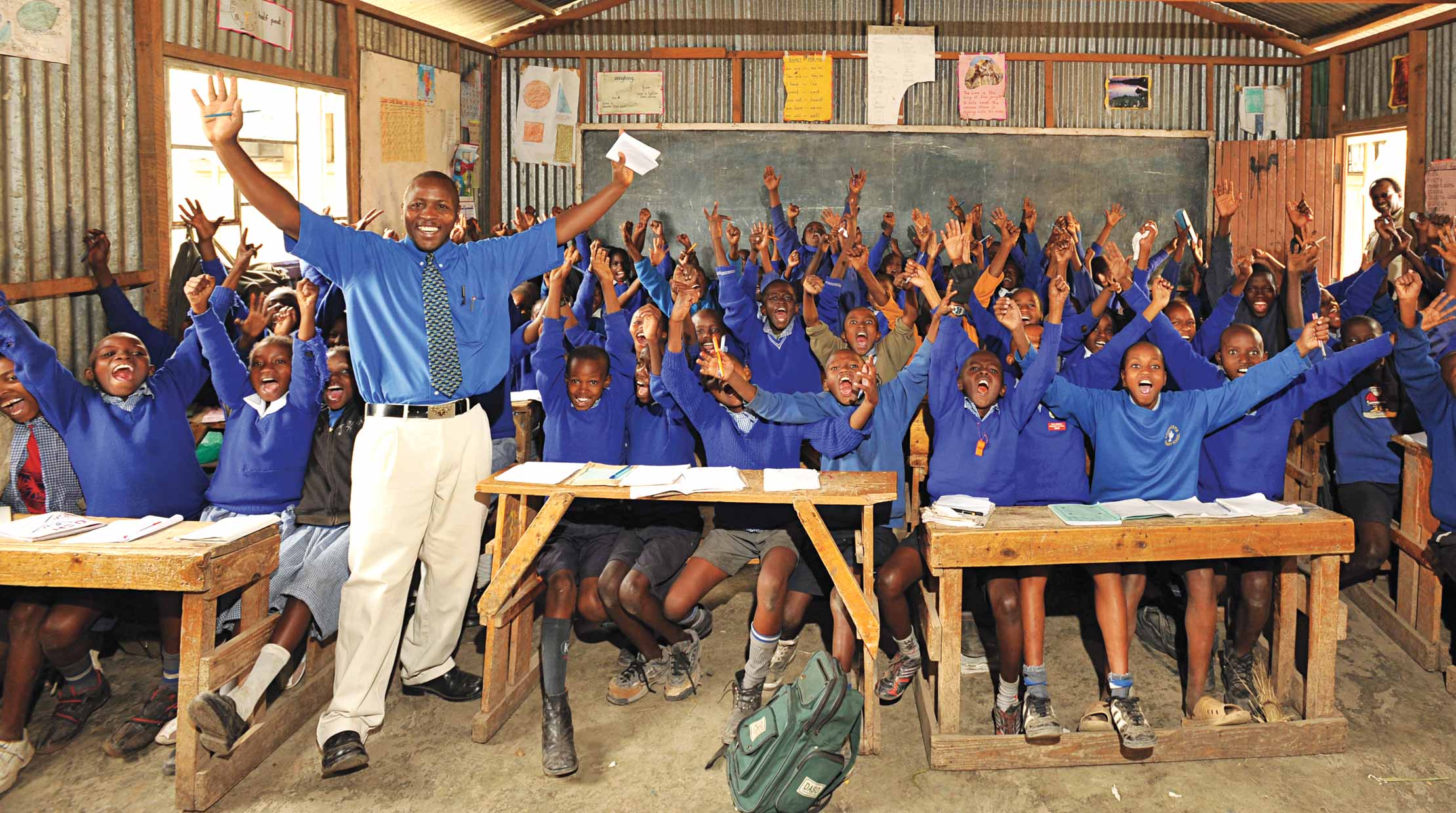 More than 30 years ago, Micato employee Lorna Macleod was approached by a small boy in a Nairobi shopping center. He was going from person to person with a note from his headmaster stating that he needed to raise 600 shillings–about $15–to buy a uniform before being allowed in school. Macleod read the note and handed the boy the entire 600 shillings. Overwhelmed, he gazed at the bundle of banknotes and whispered a tearful “God Bless You” before dashing away.

That chance encounter sparked an insight. Micato was the perfect bridge between children in need and kindhearted safari travellers wishing to help. So we gave that bridge a name: AmericaShare. And together, Micato-AmericaShare has been helping to change lives for the better ever since.

Serving the Children of Mukuru for More Than 30 Years . . . and Counting

Micato-AmericaShare has been working with the people of the Mukuru shantytown for a quarter century from the thriving Community Centre we built there, which offers myriad life-changing programmes for women and children. Our deep roots in the community also serve our One for One Commitment well, allowing us to identify and reach the poorest families who do not send their children to school for lack of funds.

We also send hundreds of orphaned and vulnerable children to quality boarding schools through our School Sponsorship Programme — children without parents or stable families, for whom boarding school is the only solution. These children are sponsored by generous Micato travellers, and in the process, profound and lifelong bonds of love and dedication are formed between sponsor and child. We are now seeing our students who have been sponsored since early primary school graduate from university! To learn how to become a sponsor, visit the School Sponsorship page.

Your safari makes it possible for us to create a wonderfully sustainable business of charity. It’s inspiring. Moreover, it’s simply the right thing to do. Every child deserves an education. We’re overjoyed to be contributing to this inalienable right. Learn more at AmericaShare.org.