5 Places to Visit for Your First Time in East Africa

Your first time in Africa is usually framed as one of the greatest journeys of your life. After all, it’s a momentous trip densely packed with culture, wildlife, exotic cuisine, and once in a lifetime occurrences. When travelling to East Africa, here are 5 places we believe are worth your consideration. Check them out below.

Perfect for a first trip to East Africa, Samburu National Reserve serves as a proper embodiment of the continent for all your introductory needs. Located in the Samburu district of the Rift Valley Province in central Kenya, the Samburu National Reserve is home to a bevy of animals. From lions, leopards and cheetahs to zebra, ostrich, giraffes, and elephants, there is a lot on display here.

In fact, Samburu is supported by the Ewaso Nyiro River which serves as a watering hole for local wildlife. Aside from the various mammals you’ll have the opportunity to observe, you’ll also get the chance to meet and interact with the Samburu people. Close cousins of the Maasai, the Samburu are incredibly proud and friendly. While you may come for the animals, you’ll stay for the people.

What started out as an enormous volcano that erupted and collapsed in on itself has become one of the most unique places to visit in all of Africa. Inducted as a World UNESCO Heritage site in 1979, the Ngorongoro Conservation Area is home to the Ngorongoro Crater and some 30,000 animals including rare black rhinos and black-maned lions.

Commonly referred to as a “Garden of Eden”, the Ngorongoro Crater is one of the most prehistoric sites in the entire world. The animal and plant life that flourishes here is what earns it the biblical moniker. The feeling you’ll have while standing on the edge of the crater and peering down into its 610-meter depth is indescribable, and a perfect moment to capture for your first time in Africa.

Tourism in this area is heavily monitored to avoid any potential environmental damage. So, as you explore Ngorongoro, remember that your surroundings are utterly precious. The wonders you’ll experience here are unique and indelible. 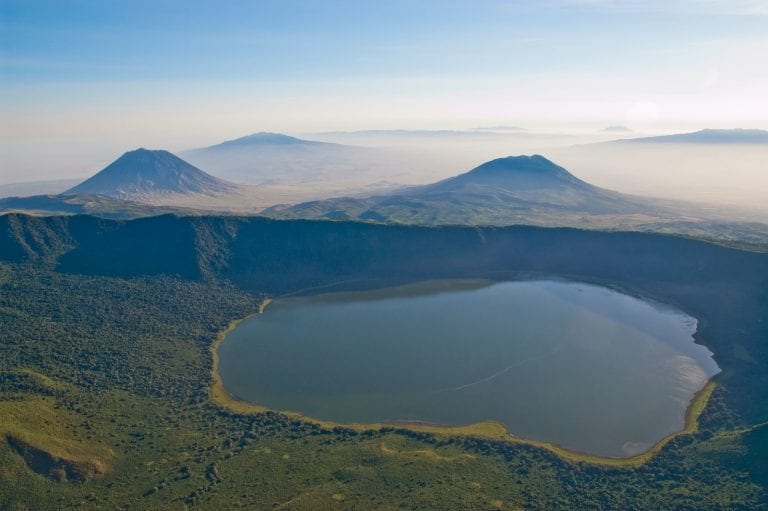 The Chyulu Hills are a remote African gem. A 100 mile stretch of rangeland that rises above the Amboseli Plain, the hills are exquisite. Due to its secluded location, you’ll be pleased to discover the wildlife is thoroughly undisturbed here. While here, you’ll spot the Big Five, bushbucks, giraffe, wildebeest, zebras, and steinboks to name a few. Soak everything in as you wander the hills and make memories in the process.

Much like the Samburu National Reserve, the people you’ll encounter in the Chyulu Hills, the Maasai, are warm and gracious. You’ll get the chance to visit villages and immerse yourself in their wonderful culture. From game drives to guided bush walks, the Chyulu Hills are bursting with experiences to be discovered. Two of the lodges you’ll stay at while exploring the hills, Campi ya Kanzi and Ol Donyo Lodge, are products of a unique partnership with the Maasai people and are an absolute joy to stay at. Come experience the awe under the majestic eye of Mount Kilimanjaro. 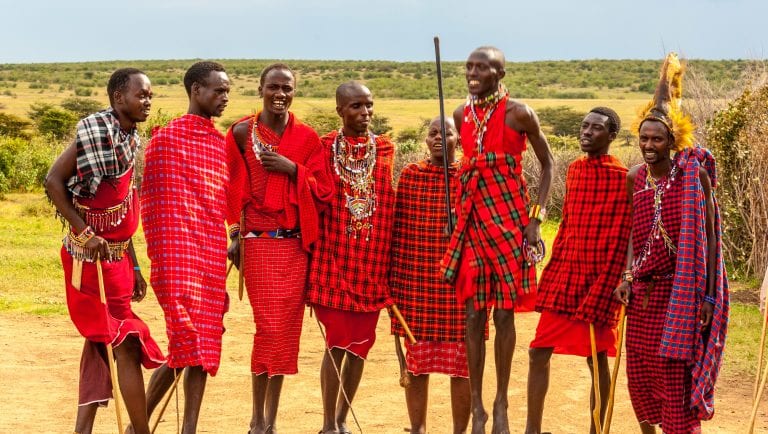 Iconic acacia trees and rolling grasslands greet you upon your arrival in the Maasai Mara Game Reserves. If you’ve ever had a vision in your mind’s eye about what Africa looks like, this is it. The preserved savannah wilderness is named first and foremost for the people who inhabit the land, the Maasai. A gentle and wonderful people, the Maasai do their absolute best to live in harmony with the land and wildlife. We have a phenomenal relationship with the tribespeople and you’ll have a chance to meet them during your time here.

In terms of wildlife, the Mara is teeming with animals. What began as a wildlife sanctuary of 200 square miles has evolved into a reserve that now spans 580 square miles. While here you’ll have the opportunity to spot the Big Five, hippos, crocodiles, zebras, and, the Mara’s dominant inhabitants, wildebeest. In fact, the Great Wildebeest Migration runs right through the Mara, so depending on the time of your visit you may have the chance to witness this momentous event.

While the Maasai Mara is home to many mammals, it’s also home to over 500 species of bird. If you’re a birder, the Mara will feel like a paradise. From sooty chats to kori bustards to birds of prey like eagles, storks, and vultures, the Maasai Mara delivers. Get those cameras out and ready, as you’ll likely spot birds here you won’t see anywhere else on the planet.

We can’t mention the Massai Mara Game Reserves without also mentioning Serengeti National Park. Located in Tanzania, the Serengeti was inducted as a national park in 1951 and, due to its biodiversity, is also UNESCO World Heritage Site. If safari game viewings and encounters are what your heart desires from an African safari, then buckle up.

The Serengeti is home to over three million large mammals ranging from the Big Five to Nile crocodiles and over 500 species of bird. Big cats are especially prominent with lions roaming practically everywhere, cheetahs traipsing about the southeastern plains, and leopards hanging out in big trees along the Seronera River. If it’s animals you want, it’s animals you’ll get.

There’s plenty to love aside from the animals too. From vast plains to open woodlands and hills to bushy savannahs, the terrain here is varied and gorgeous. Since the park occupies a large area of 5,700 square miles, there’s plenty to explore. If you’re looking for quintessential safari game viewing and scenery, Serengeti National Park is just what you’re looking for. 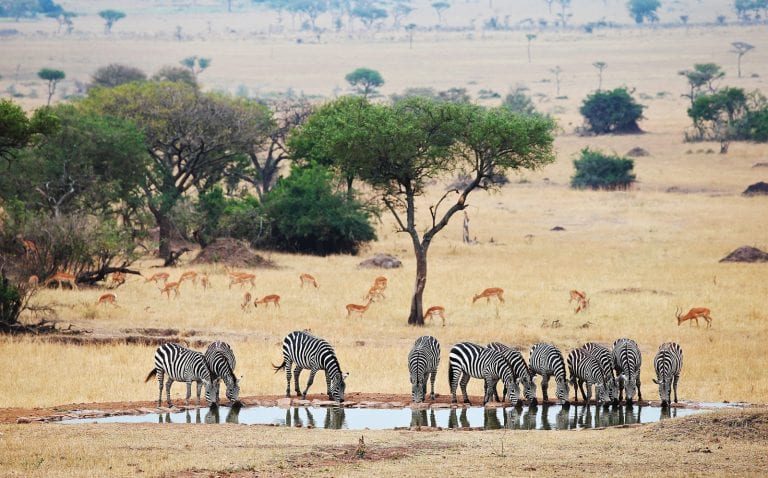 Get your first taste of what East Africa has to offer with us here at Micato. Seeing as it will be your first time in Africa, allows us to give you a tour of our home. We’ve been here a good long while and know it incredibly well. Get in touch with our fantastic Safari Specialists and start planning your Africa introduction today. We can’t wait to show you around.

Visit these amazing places for the first time!

Up Next: Two Micato Experts Win Spots on Travel+Leisure A-List