The Thrill of a Night Game Drive on Safari

It’s hard to imagine a more tantalizing safari activity than the traditional, morning or afternoon game drive. Beneath the brilliant African sun, the continent’s sweeping grasslands, lush river valleys and forests, and dramatic deserts positively teem with wild species—which can be seen grazing, foraging, or resting in the shade at nearly every turn. Daytime is when you’ll most likely encounter The Big Five; it’s also when you’ll nab those perfect wildlife and landscape photos you’ve been itching to capture.

But once the sun sets, an entirely different side of the African wilderness reveals itself. This is the side you’ll only see—and hear, and smell—on a thrilling night game drive.

This experience, which commonly takes place after sundowners on the savannah or a lavish safari-lodge dinner, is offered at a few national parks, and also at dozens of private concessions and conservancies around East Africa and Southern Africa (some of which border major game preserves like Masai Mara and Tarangire). Wherever you try it, though, it’s an absolutely singular, not-to-be-missed experience. Here are a few reasons why you should include a night game drive in your Custom Micato Safari.

Night game drives provide an opportunity to spy some of Africa’s rarely seen nocturnal species. Among the creatures you might be lucky enough to see are fierce honey badgers; stealthy bat-eared foxes; lumbering aardvarks; bush babies—small, possum-like tree primates with enormous round eyes; critically endangered pangolins, with their coats of armoured scales; and genets—petite, lithe cats whose fur is patterned with striking spots.

Driving after dark also gives you the exciting chance to glimpse predatory species prowling for prey. In particular, most of Africa’s big cats—who you’ll likely find sleeping during the hot daytime hours—do most of their hunting at night; you just might happen upon a leopard stalking a stray eland, or a pride of lions circling a Cape buffalo. Brown hyenas are also out in force after the sun goes down, as are nocturnal birds like nightjars and eagle owls. 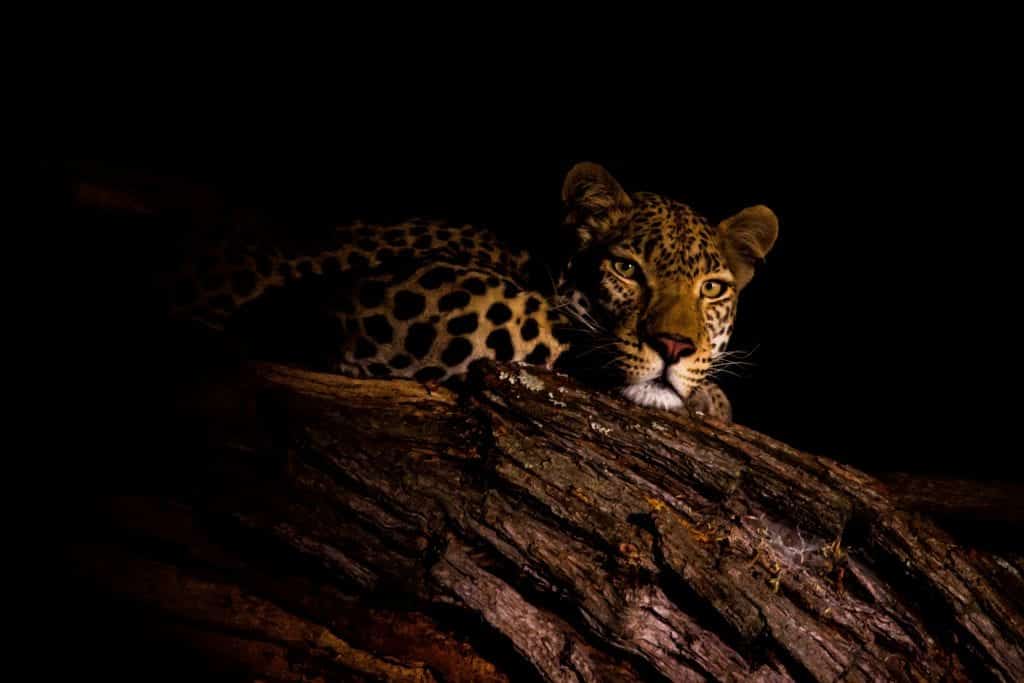 During a night drive, safari guides use a high-powered spotlight to scan the surrounding savanna, scrub, and trees as they navigate through the darkness. The first sign of nearby wildlife is often the gleam of eyes that pick up and reflect the light; the animals themselves are only illuminated once the vehicle gets closer. Peering into the blackness, and scouting for these tell-tale glowing pinpoints, is a challenging and rewarding skill—one you’ll get better at as the drive progresses.

You’ll savour the sensory pleasures of the African night.

You may drive for long stretches in the dark without seeing any wildlife. But those periods let you revel in the many other, magical sights, sounds, and smells of the nighttime wilderness. Depending on where you are, you might hear the spine-tingling roars of lions, the bellowing of hippos, or the eerie, shrieking yips of hyenas and jackals. You may smell the aromas of the savanna: wild basil, sun-dried grass, dusty earth, and perhaps a whiff of elephant dung. And tipping your head back, you can revel in the magnificent African night sky, where the Southern Cross, the Pleiades, and Alpha and Beta Centauri hover overhead.

To experience the magic of a night game drive yourself, start planning by speaking with one of Micato’s safari experts.

Up Next: Reasons Why the Ngorongoro Crater is a Superlative Safari Destination