Reasons Why the Ngorongoro Crater is a Superlative Safari Destination

Widely known by its nickname—”Africa’s Eden”—Tanzania’s vast, lush Ngorongoro Crater is one of the continent’s most celebrated natural wonders. It’s also one of the most popular destinations for luxury safari travellers, with a landscape, concentration of wildlife, and place in human prehistory that are truly unique. Here are just a few reasons why you should consider visiting the Ngorongoro Crater on your next Micato safari.

The Ngorongoro Crater is the largest intact volcanic caldera in the world.

The actual geological landform of the Ngorongoro Crater is in itself a marvel. It was formed over two million years ago by the explosion and collapse of a massive volcano—which some say would have been higher than Mount Kilimanjaro, Africa’s highest peak. Left behind was a depression more than 2,000 feet deep, with a floor covering 100 square miles: the largest intact volcanic caldera on the planet. In 1978, it—along with the surrounding 3,200-square-mile Ngorongoro Conservation Area—was declared a UNESCO World Heritage Site, and designated a protected preserve.

Because of the confined nature of its geography, the caldera has, over hundreds of thousands of years, evolved to contain its own distinct ecosystem. The widely varied terrain within the caldera includes a thick forest of fever trees (the Lerai Forest); a wide, shallow alkaline lake where huge flocks of flamingos converge (Lake Magadi); spring-fed wetlands that are a favourite haunt for hippos (Gorigor Swamp); and wide, open grasslands, where a profusion of other game species can be seen.

The Ngorongoro Crater has one of the densest wildlife populations in Africa.

Some 25,000 wild creatures live within the Ngorongoro Crater—which makes it one of the most concentrated repositories of wildlife on the entire African continent. Many of the residents here are ungulates (hoofed animals); among them, approximately 7,000 wildebeest, 4,000 zebras, 3,000 eland and 3,000 Thompson’s gazelles. These enormous herds in turn attract a large number of predators—like spotted hyena, cheetah, leopards, and most notably lions. In fact, though their numbers have fluctuated over the years, there have been many periods in which the crater houses Africa’s highest proliferation of lions per square mile.

Other members of the Big Five are easily spotted here, too—including Cape Buffalo, a relatively small though steady population of elephants, and an impressive concentration of black rhino. The crater is also a mecca for birders; some 500 avian species live within its forests, savannahs and bogs, including ostriches, secretary birds, and multiple species of kite, eagle, kestrel, weaver bird, sunbird, and finch. Interestingly, there’s only one iconic African wildlife species that doesn’t live inside the Ngorongoro Crater: giraffe (the edges of the crater are too steep for them to navigate with their long legs, and their preferred food source—acacia trees—are in short supply).

The Ngorongoro Crater was a stomping ground for some of the earliest-known humans.

Just west of the crater, and also included within the Ngorongoro Conservation Area, are two of the most important archaeological sites in the world. The first is Olduvai Gorge, where in 1959 paleoanthropologists Louis and Mark Leakey famously discovered the remains of homo habilis, the first known human species, who lived in the region—foraging, scavenging, and using stone tools—some 2 million years ago.

South of Olduvai Gorge—and also neighbouring Ngorongoro Crater—is the spot where the Leakeys made an even more astounding find: The Laetoli footprints, a series of human tracks preserved in volcanic ash that dated back some 3.7 million years. These prints were, at the time of their discovery in the 1970s, the earliest known evidence of humans walking upright, on two feet. They were, and still are, considered one of the most critical breakthroughs in anthropological history. 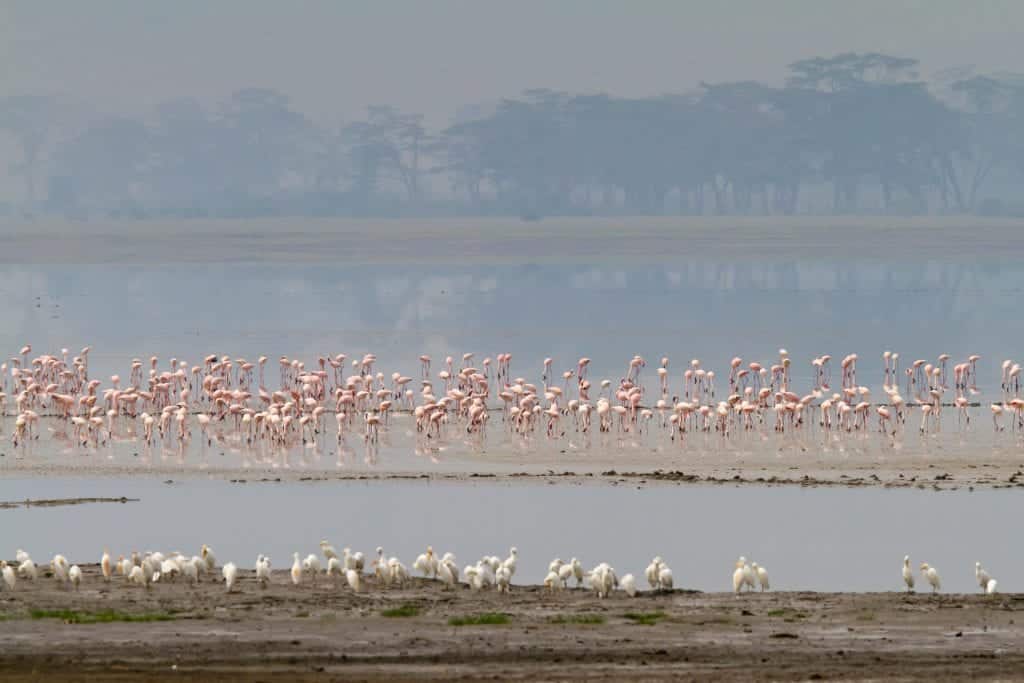 Led by deeply knowledgeable local guides and enhanced by stays at luxurious safari lodges, a Micato safari is the ideal way to see the wonders of the Ngorongoro Crater for yourself. To learn more, contact one of our Safari Experts today.

See the wonders of the Ngorongoro on your safari!

Up Next: Best Safari Food... and Recipes!