Luxury Safari Camps Where You Can Help Rewild Endangered Species

When you stay at any of Micato’s partner safari camps or lodges, you can know that you’re doing your part to help conserve African wildlife. We ensure that the properties we collaborate with all reinvest a large portion of their proceeds into programs that protect the creatures inhabiting their surrounding game parks and conservancies.

A few safari lodgings, however, provide the opportunity to get more hands-on experience with specific wildlife conservation efforts – particularly those that safeguard highly endangered animals, and that nurture young orphans to be “rewilded.” If you’re keen to get an in-depth look at these day-to-day endeavors, consider incorporating one of the properties below into your luxury safari itinerary.

The Laikipia Plateau, Kenya
One of Kenya’s oldest private rhino sanctuaries, Ol Jogi was created in 1980 after widespread poaching nearly extinguished the continent’s eastern black rhino population. The 58,000-acre sweep of kopje-studded savannah originally gave refuge to just a handful of these peaceful, still gravely endangered beasts – but over the decades that number has grown to more than 100. Each of these resident rhinos is carefully monitored daily by a cadre of tracker-rangers, who keep assiduous track of the rhinos’ movements, health, and safety (and immediately alert veterinarians and the Kenya Wildlife Service if any concerns arise).

A stay at Ol Jogi will give you an education in these day-to-day operations – which employ an array of high-tech tracking equipment, a team of sniffer dogs, and more than 120 staffers. It will also let you spend time at the ranch’s dedicated Wildlife Rescue Center, where orphaned and injured species are nursed so they can be released back into their natural habitats. An especially important part of this clinic is the rhino orphanage, where orphaned rhino calves are attended to by caretakers around the clock, to prepare them for eventual reintroduction into the wild. 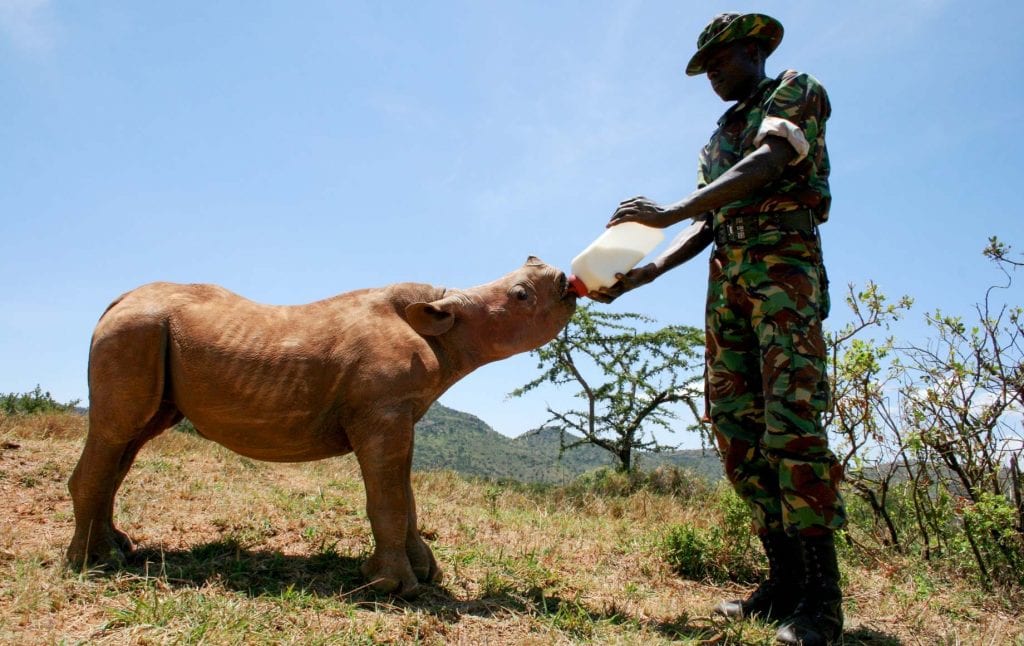 Of the hundreds of species that inhabit Abu Camp’s private, 400,000-acre reserve, the best known are its savannah elephants. The resident herd of eight is completely made up of orphaned or previously abused elephants—who range in age from 62-year-old matriarch Cathy to four-year-old Motlotlo. Staying at Abu Camp means you’ll get to watch these majestic, threatened creatures up close as they forage and wade through the preserve’s wetlands, forests, and floodplains. You’ll also have the chance to learn about their particular personalities and habits from the camp’s expert caretakers—and even to approach and walk among some of the younger elephants (with their carers’ supervision, for a strictly limited period of time).

While the camp provides these elephants with a safe haven where they can peacefully live out their lives, it also works with a team of wildlife scientists to reintroduce some herd members back into the wild. Since the founding of the camp, nine elephants have been successfully released—though they still occasionally stop in to visit their old friends at the camp. 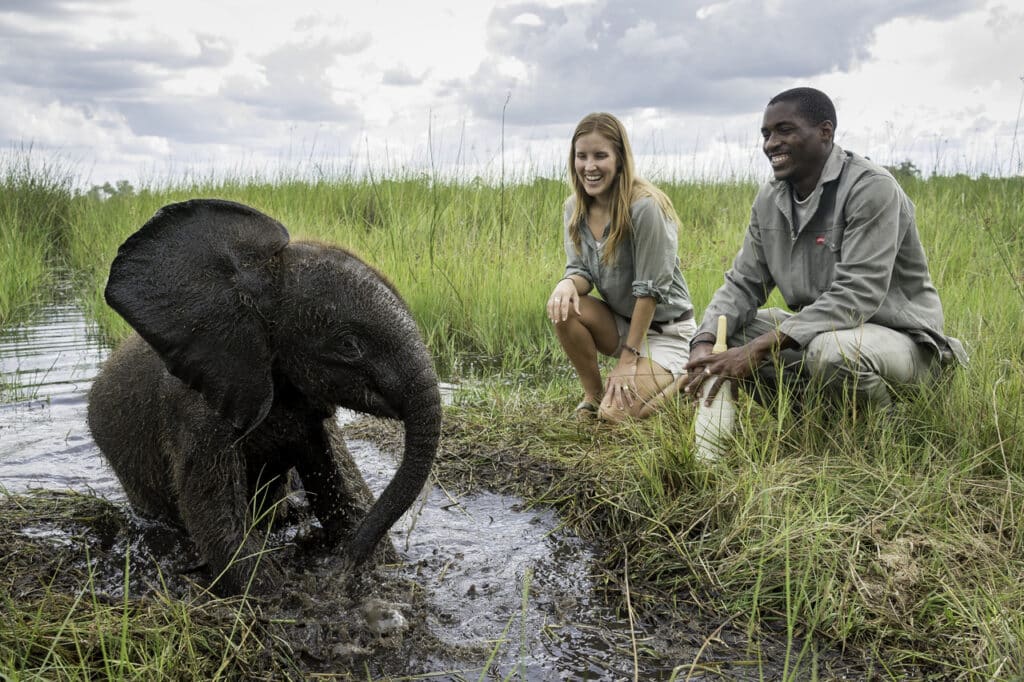 KwaZulu-Natal, South Africa
One of the world’s most trafficked species, the Temminck’s pangolin was poached to extinction in this coastal South African region dozens of years ago. But through a unique, groundbreaking pangolin-reintroduction program, Phinda Private Game Reserve is hoping to change that.

The effort, made in partnership with the researchers and conservationists at the African Pangolin Working Group, brings pangolins rescued from the illegal wildlife trade to Phinda’s lush, protected 70,000-acre private preserve. There, they are treated until they regain their health—and then released into the preserve (where they continue to be monitored). The goal: To create a stable breeding population of resident pangolins, which can eventually repopulate the area. As a guest at Phinda, you can observe every aspect of this program—from pangolin veterinary checks to the collection of radio-tag data tracking the wild animals’ movements—that helps give these shy creatures a better chance at survival.

Inspired to learn more about conserving Africa’s endangered species? Schedule an appointment with one of Micato’s safari experts, and start planning a trip where you can make a difference.

Up Next: Top 3 Luxury Travel Destinations in Africa