Dizzyingly vibrant and bustling to the point of near-chaos, Jaipur is more than just the capital of India’s westernmost state, Rajasthan. It’s also one of the most cherished historical and cultural treasures on the entire subcontinent—a fact confirmed by the city’s official designation, in 2019, as a UNESCO World Heritage Site.

There’s a staggering amount to see and do here—both within the bounds of the 17th-century walled city and its immediate surrounds. And while Micato’s expert India guides can help you choose and navigate among Jaipur’s myriad attractions, learning some fundamental info about “The Pink City” may spark your planning ideas—and your excitement. 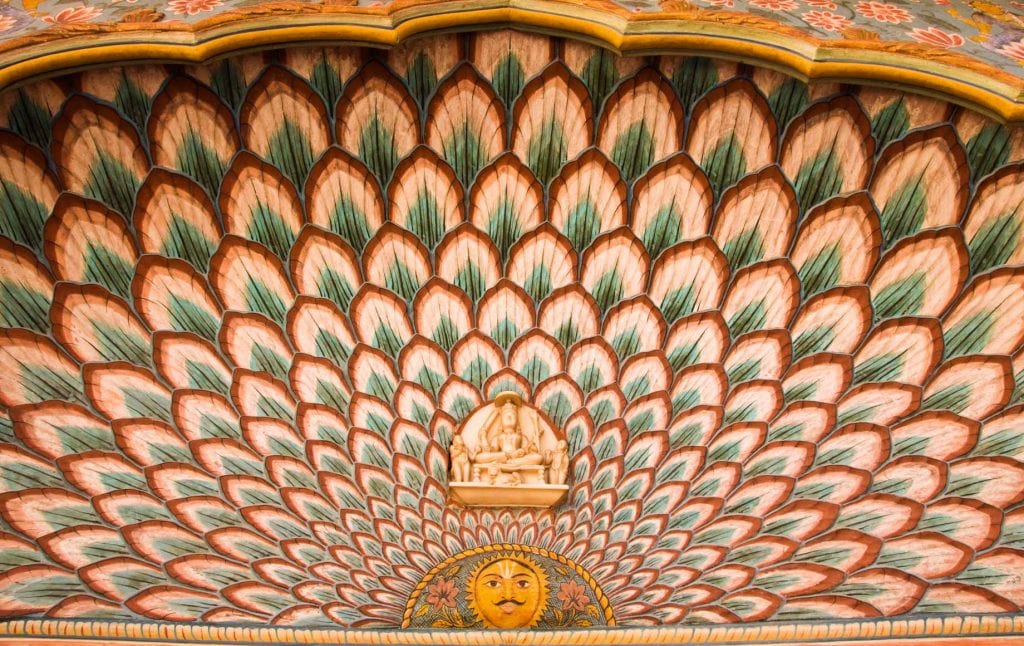 It hasn’t always been pink.

Jaipur’s magnificent architecture—a confluence of Mughal and Hindu styles that includes elaborate royal palaces, fortifications, temples, and colonnaded public squares—dates back to the 1700s, when it was largely planned and built under the rule of Maharaja Sawai Raja Jai Singh II. But the buildings’ distinctive colour, a uniform pastel pink that evokes cake icing, came along much later. In 1876, an impending visit from Queen Victoria’s husband, Prince Albert, prompted then-Maharaja Ram Singh to have the entire city painted pink, a colour symbolizing welcome and hospitality. The colour has since become Jaipur’s defining characteristic, and residents are now legally mandated to maintain their buildings’ pink hue.

It’s an almost overwhelming feast for the senses.

Visiting Jaipur requires surrendering to a certain sensory overload. Given that it’s home to nearly 4 million people—the majority of whom seem to jam the narrow streets each day in honking cars, weaving tuk-tuks, zooming motor scooters, overladen bicycles, or lumbering camels and elephants—the congestion is hardly surprising. The key to travelling through the city, though, is finding ways to appreciate the beauty in the pandemonium: The sights of women walking in their multicoloured saris, sometimes skillfully balancing water jugs on their heads; the calls of street vendors selling heaps of fresh flowers, pungent spices, and hand-dyed fabrics; the heady aromas of delicious street-food snacks like samosas, jalebis, and chaat. In some parts of the city, you may even spy rhesus monkeys scuttling across rooftops. 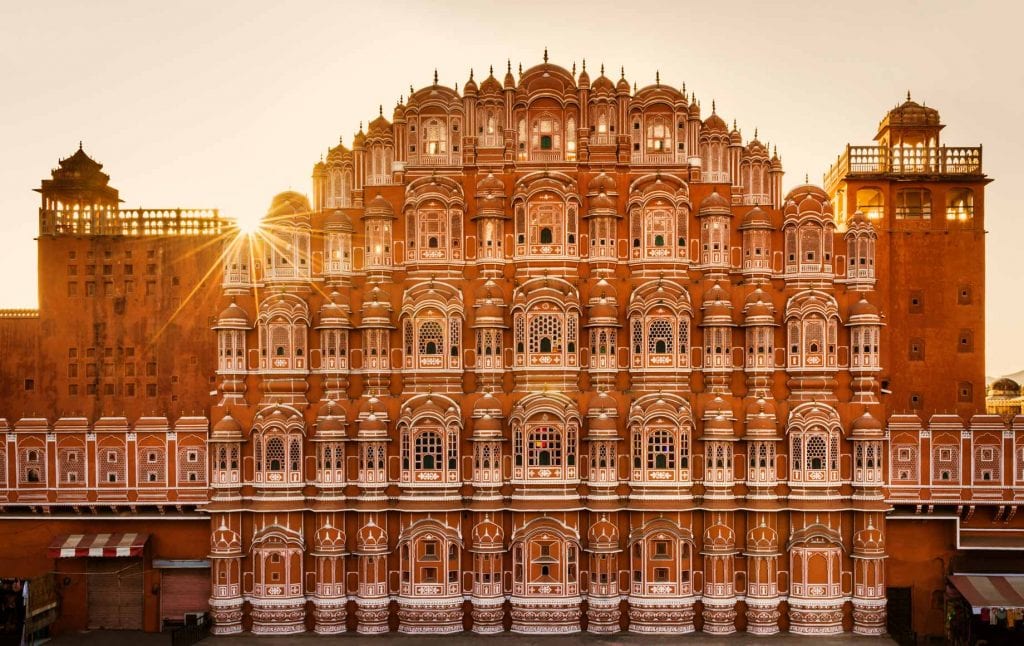 It’s home to some of the country’s most dazzling historic sites.

As well as boasting its own landmark status, Jaipur and its outskirts are home to many of India’s most-visited individual heritage sites. Among these are Amer Fort, a stunning, nearly four-century-old hilltop fortress and palace complex where Rajput royalty once resided (a highlight: The Sheesh Mahal, or Hall of Mirrors, whose interior walls are covered in breathtakingly intricate mosaics of mirrored glass). There’s also the central City Palace compound, with its ornate courtyards, pavilions, temples, and buildings—and its adjacent, much-photographed Hawa Matal, or “Palace of Winds,” whose towering façade is honeycombed with nearly 1,000 small, latticed jharokas (arched windows). Also, the Jal Mahal (“Water Palace”), whose domed sandstone edifice seems to float in the middle of Man Sagar Lake; and the Jantar Mantar, a historic observatory whose collection of sculptural-looking astronomical instruments includes the world’s largest sundial.

A hub for international trade as well as the longtime home city of Indian royalty, Jaipur is known all over the world for its exquisitely made artisan goods. Most famous among these are the works of the city’s fine jewellers, whose skill at cutting, shaping, polishing and setting precious gems have drawn generations of maharajas and maharani, as well as international celebrities and dignitaries (including Mick Jagger and Princess Diana). Though the city teems with jewellery shops (your Micato travel director will make sure to steer you to the best), it’s a real treat to make a by-appointment-only visit to Gem Palace, to see the wares made by the city’s most storied jewellers, the Kasliwal family. Almost as covetable are the other traditional Rajput crafts you’ll find in Jaipur, including distinctive blue pottery patterned with vivid cobalt designs, and handmade block-printed cotton textiles (sold in bolts or fashioned into clothing, bedding, and upholstered items). And no trip to Jaipur is complete without a visit to one of its many thronged open-air markets, such as the mazelike Bapu Bazar, festooned with displays of sarees, silver and beaded jewellery, embroidered parasols and slippers, and hand-tooled leather goods.

To learn more about visiting Jaipur—and other spectacular destinations of Micato’s India—request our India brochure or contact one of Micato’s expert planners.

Up Next: The Rarest Animals You Might See on Safari