The profusion of wild creatures you’ll see in the game preserves of southern and East Africa can be dizzying. Along with the highly prized (though sometimes elusive) Big Five, a Micato safari almost guarantees that you’ll encounter scores of other enchanting species—including gracefully meandering giraffes; myriad antelope varieties; expansive herds of zebra and wildebeest; fierce predators like cheetah, hyenas, and crocodiles; tree-dwelling primates like baboons and vervet monkeys; and a wide array of fascinating birds.

But even amid all this biodiversity, there are animals that only a few safari travellers are lucky enough to spot. For repeat safari-goers—and those with a taste for the unusual—keeping a sharp eye out for creatures like those below can be an enjoyable (and possibly very rewarding) challenge. 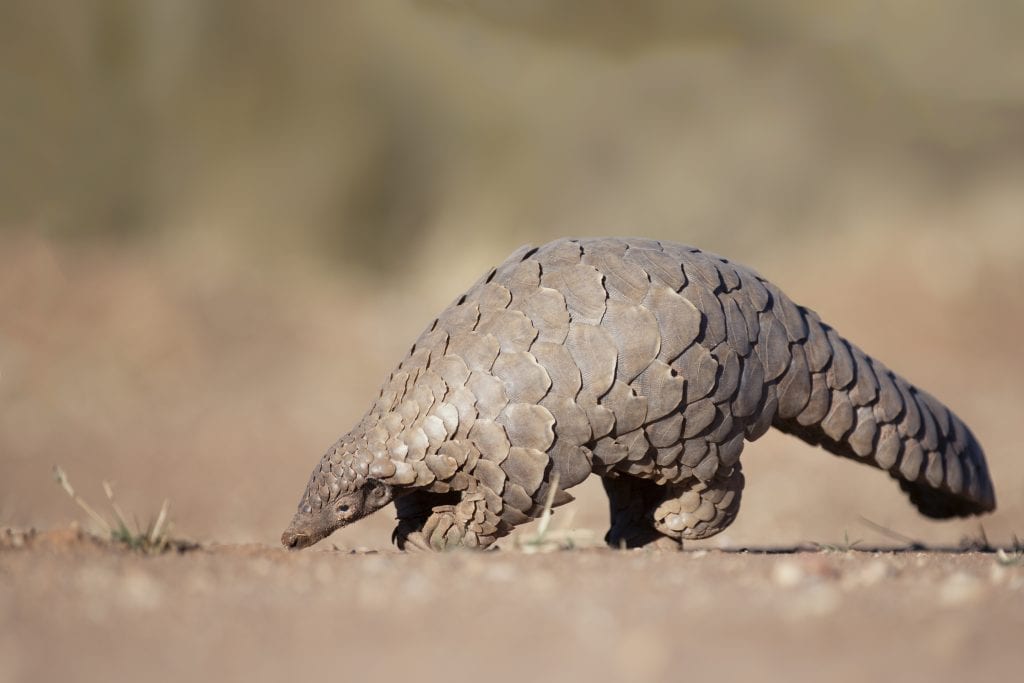 Also known as scaly anteaters, these extraordinary-looking mammals—the only ones in the world covered in hard, reptilian-looking scales—are both nocturnal and extremely shy. While there’s good reason for that (they’re the most-trafficked wild species on the globe, and critically endangered), keen-eyed safari travellers have been known to spot them on night drives. Though they’re able to climb trees, pangolins are most typically seen on the ground, digging for the ants and termites that are their primary food source (and slurping them up with their long, sticky tongues). When threatened, a pangolin will roll itself into a protective ball.
Where to Look for It: Amboseli National Park, Kenya; Serengeti National Park, Tanzania 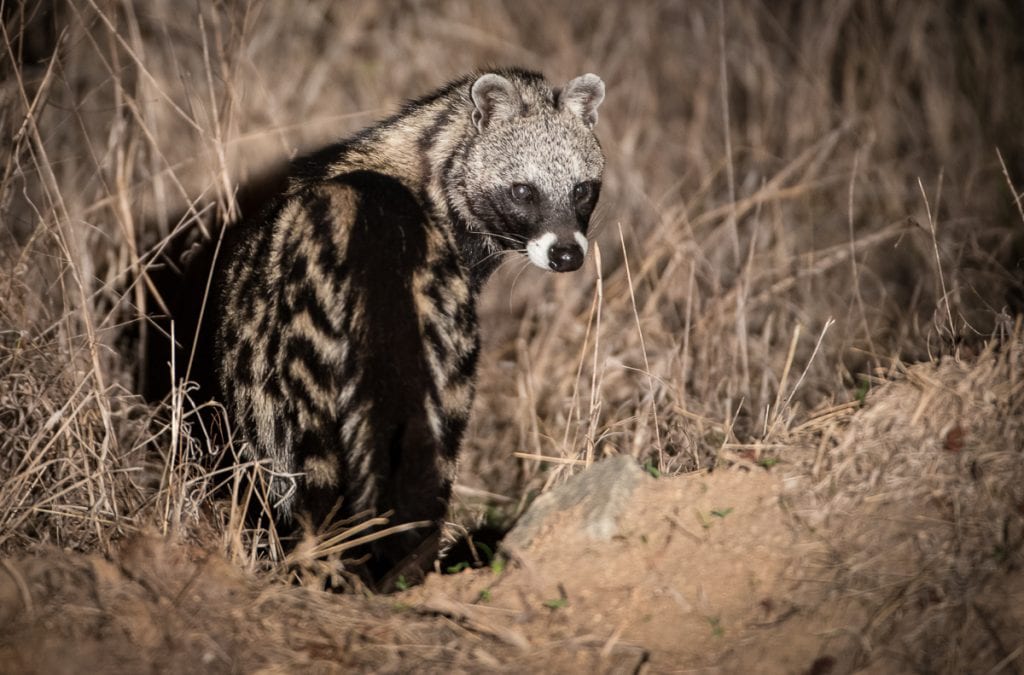 With a remarkable appearance evoking a raccoon crossed with a small leopard, the mask-faced, spot-coated civet also has a distinctive furry crest running down its back like a hyena’s. Though civets typically spend the daylight hours hiding in thickets and tree branches, by night they can occasionally be seen hunting alone for small rodents, lizards, snakes, and frogs to eat. They often stalk prey along riverbanks, and have even been spied paddling through the water (they are strong swimmers).
Where to Look for It: Chobe National Park, Botswana; Lower Zambezi National Park, Zambia 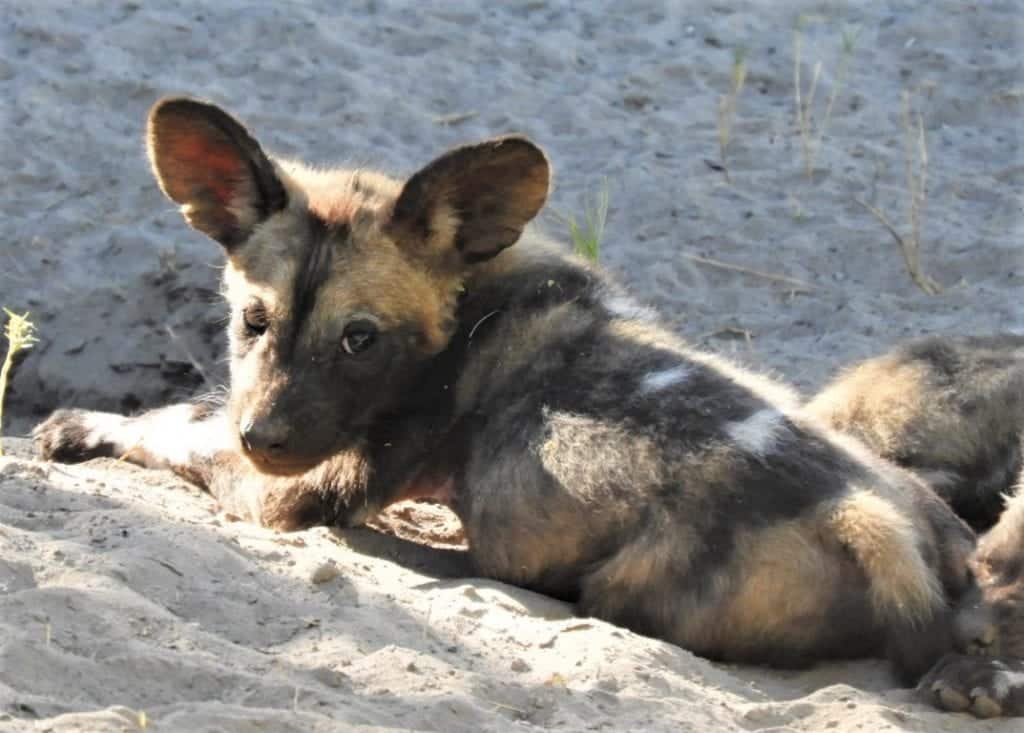 Sometimes called painted dogs for their beautifully patterned fur (whose variegated brown and gold hues have been compared to those of agate and jasper stones), these highly endangered canines are hard to find; only about 6,000 of them exist on the African continent. But if you manage to spot one, you’ll probably see several; wild dogs live and hunt in packs that can include more than a dozen members. Even if you aren’t able to spy a pack working in tandem to run down a prey animal (like a gazelle or a wildebeest calf), or snoozing in a pile together under an acacia tree, you might get to hear the thrilling sound of their howling and yipping vocalizations.
Where to Look for It: Kruger National Park, South Africa; Moremi Game Reserve, Botswana 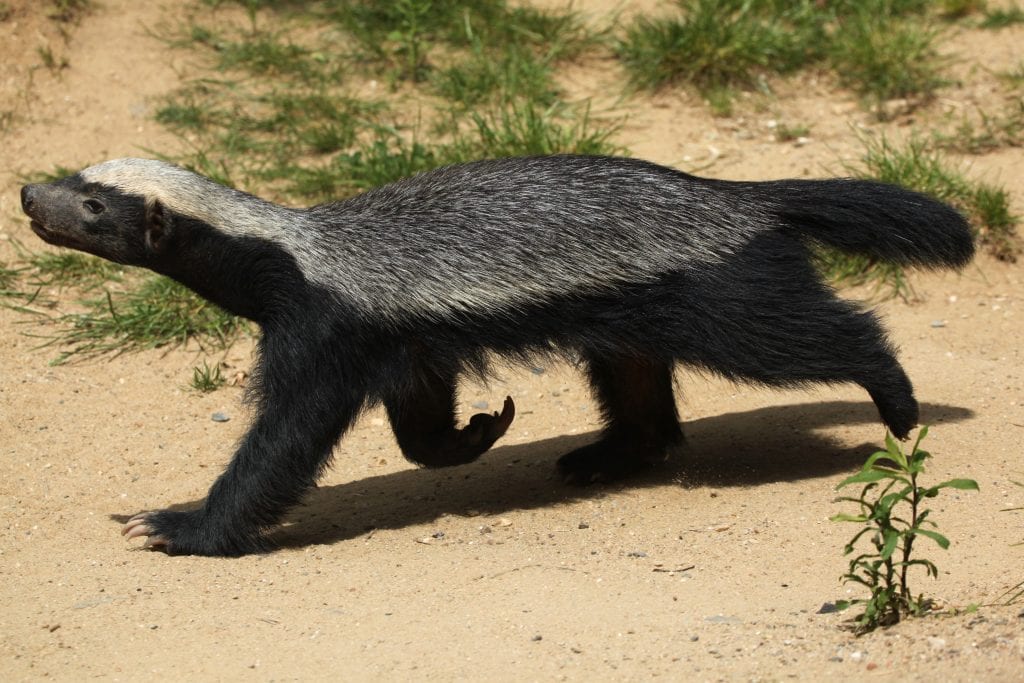 Though it’s not much bigger than a common housecat, this thickset weasel with its dramatic black-and-white coat has a deservedly fearsome (and meme-worthy) reputation. Listed in the Guinness Book of World Records as the world’s most fearless creature, the honey badger not only eats almost anything—including cobras and porcupines, whose venomous bites and quills barely penetrate its thick skin. It is also known for viciously attacking and driving off creatures many times its size, like hyena, Cape buffalo, and even lions. Despite their fierceness, honey badgers are skittish around humans, and nocturnal—so seeing one on safari is a rare treat.
Where to Look for It: Etosha National Park, Namibia; Central Kalahari Game Reserve, Botswana

With the help of Micato’s expert local guides and safari planners, you can create a trip itinerary that maximizes your chances of seeing rare wildlife species. Speak to a Micato Safari expert today.

Up Next: On Safari in India: Debunking the Myths and Misconceptions