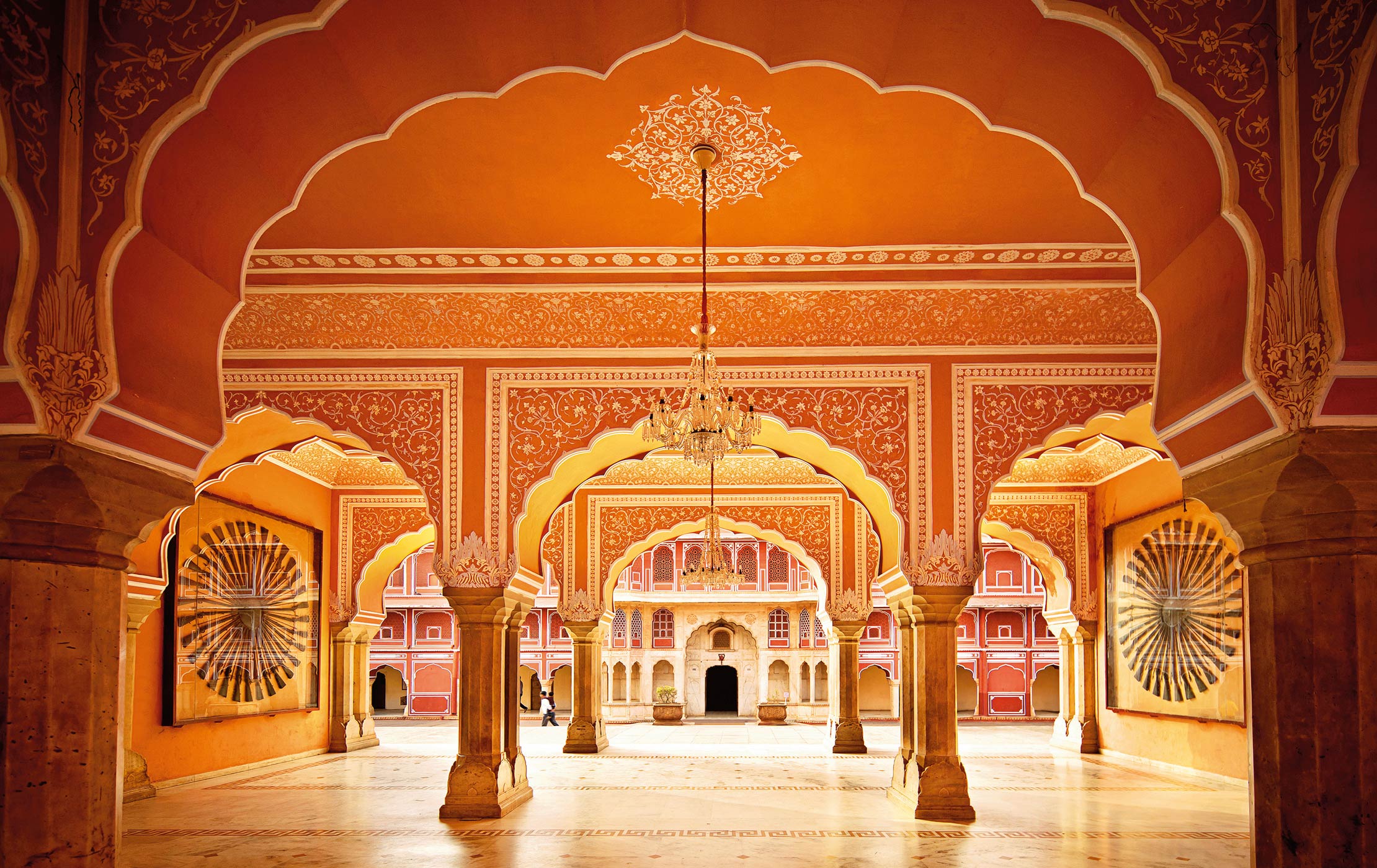 The Rajput rulers of Jaipur were known for their extravagance, and Jaipur’s City Palace is a many-splendoured testimony to their good taste and aversion to rupee-pinching. Our friend, the travel writer Leslie Woit, describes the special palace access Micato’s guests enjoy:

Puneet, our Travel Director, steers us deftly through a door marked “private,” and into the inner sanctum we step, winding silently through a series of corridors and courtyards, past fountains and chambers, private roof-top pavilions, travelling through the dazzling 18th-century blend of Rajput and Mughal architecture.

Our destination – one of the most exclusive imaginable in all of India – is the private sitting room of the Maharajah of Jaipur, the last reigning monarch of the richest of India’s princely states.

Over Champagne — swiftly proffered and gratefully received, from a silver salver no less — we peruse the bric-a-brac of countless generations of maharajahs and maharanis. Best known to us were the last to reign before ruling rights were abolished in 1949: Man Singh and his third wife Gayatri Devi – he, the glamorous polo-playing jet-setter; she, whom Cecil Beaton called one of the 10 most beautiful women in the world. Among the many polo cups, the marble and crystal objects, a succession of portraits cover the royal gamut from King George and Queen Mary to Camilla and Charles.

An unfathomably long engraved Lalique dining table is framed by coloured mosaic windows, and beneath many silk sofas arranged throughout the length of the ballroom-size space, an ornate parquet floor is overlaid with priceless Indian rugs. And there, installed rather casually at the far end, a solid silver throne weighing many hundreds of pounds. Bubbles? I’ve sipped my share. But in the sultry heat of a Rajasthani afternoon, sipping Champagne while perched on the solid silver throne of a Maharajah…That takes some beating.

Hand-crafting one-of-a-kind private journeys is something we do as well as—no, better than anyone in the world. (We’re eager to back up that claim; don’t hesitate to give us a good grilling.)