Just about every safari is, by definition, the trip of a lifetime. From spotting The Big Five to staying in luxury tented camps, and from visiting indigenous communities to sundowners on the savannah, each aspect of a safari adventure lingers in the memory of travellers long after they’ve returned home.

But even among the already-extraordinary thrills of safari travel, a few specific experiences stand out as truly singular. Incorporating these into your Micato safari—either as part of a planned itinerary, or a custom-designed journey—will ensure your trip is truly transcendent.

Watching the Great Migration—From Above 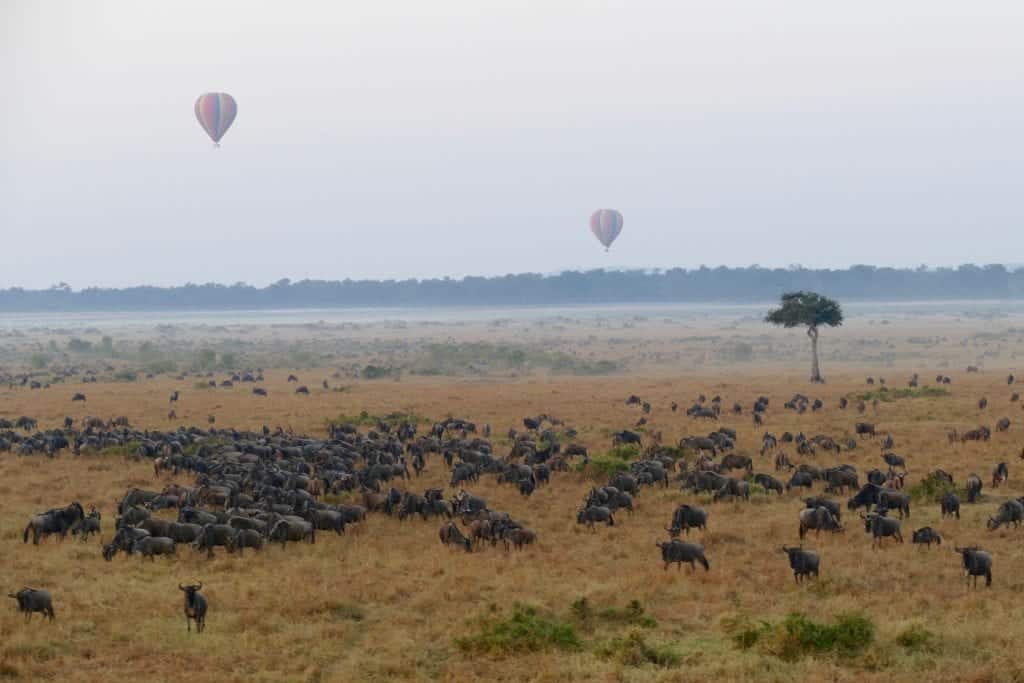 The dramatic sight of some two million wildebeest on the move (along with zebras, gazelles, and other tag-alongs) is even more arresting when viewed from on high. A Micato-arranged ride in a hot-air balloon or helicopter—either above Tanzania’s Serengeti Plains or Kenya’s Masai Mara Reserve—provides a stunning aerial vantage point over the vast herds as they make their annual journey toward seasonal grazing grounds. Early-morning excursions can be especially striking, when the masses of animals, lit by the just-risen sun, cast long shadows over the landscapes below.

Sleeping Under The Stars 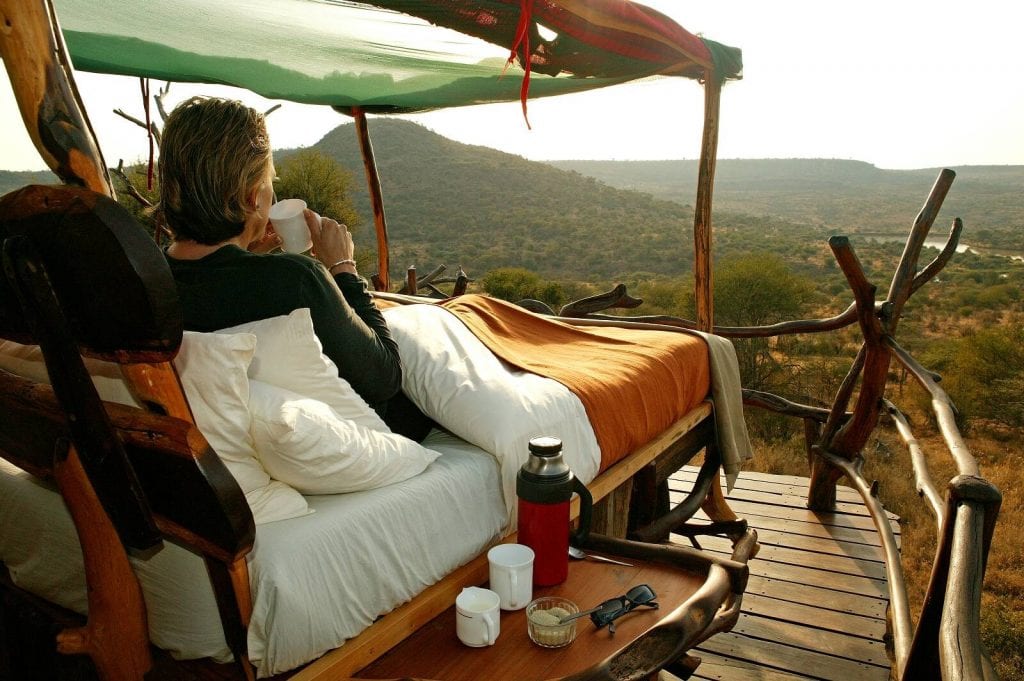 Nighttime on the African savannah can be magical. Far from the lights of cities and towns, the Southern-hemisphere stars sparkle overhead with fiery brilliance. Meanwhile, resident animals who spend the hot daylight hours at rest come alive once the sun goes down—and fill the night air with their whoops, grunts, and growls. Taking it all in from a “star bed”—a private open-air sleeping platform available at many of Micato’s most luxurious partner safari lodges—is a uniquely enchanting experience. The only downside: You may be too mesmerized to get much actual sleep. 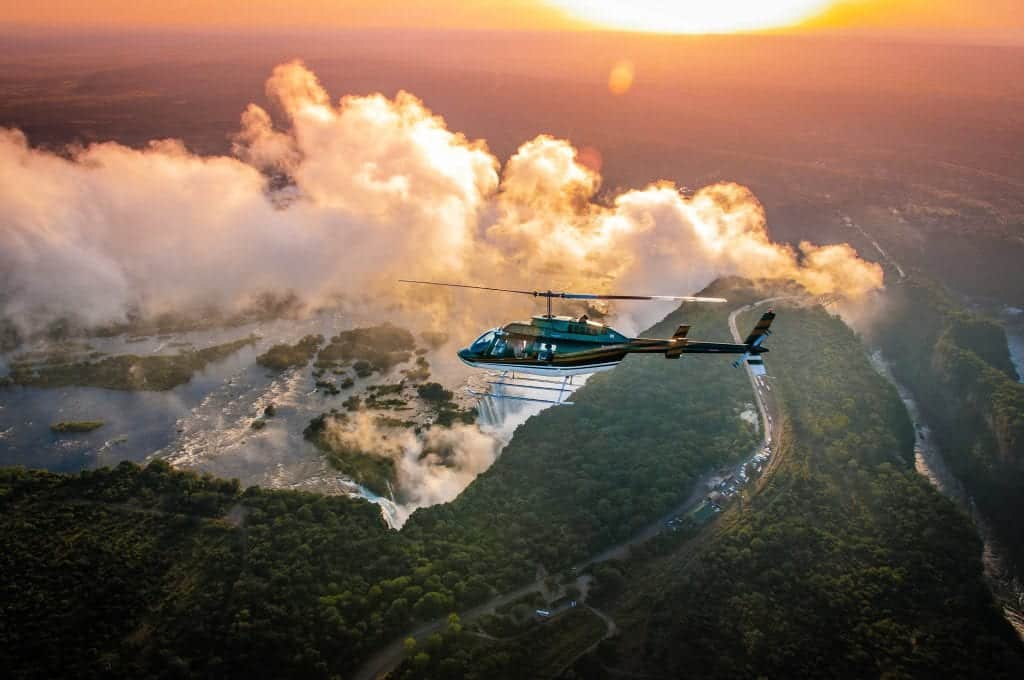 To the local Lozi tribespeople, Victoria Falls—the world’s largest waterfall—is called Mosi-oa-Tunya, or “The Smoke that Thunders.” It takes just moments in the presence of this astonishing natural wonder, part of the Zambezi River that intersects Zambia and Zimbabwe, to see why. Every minute, the 5,500-foot-wide cataract sends more than 600 million litres of water crashing down in a colossally powerful curtain some 360 feet high—creating immense clouds of spray that can be seen from miles away, and filling the air with a deafening roar. Guests who experience it—either on foot, or by hovering above in a Micato-chartered helicopter—often say neither words nor photos do it justice.

Encountering The True Kings of the Jungle 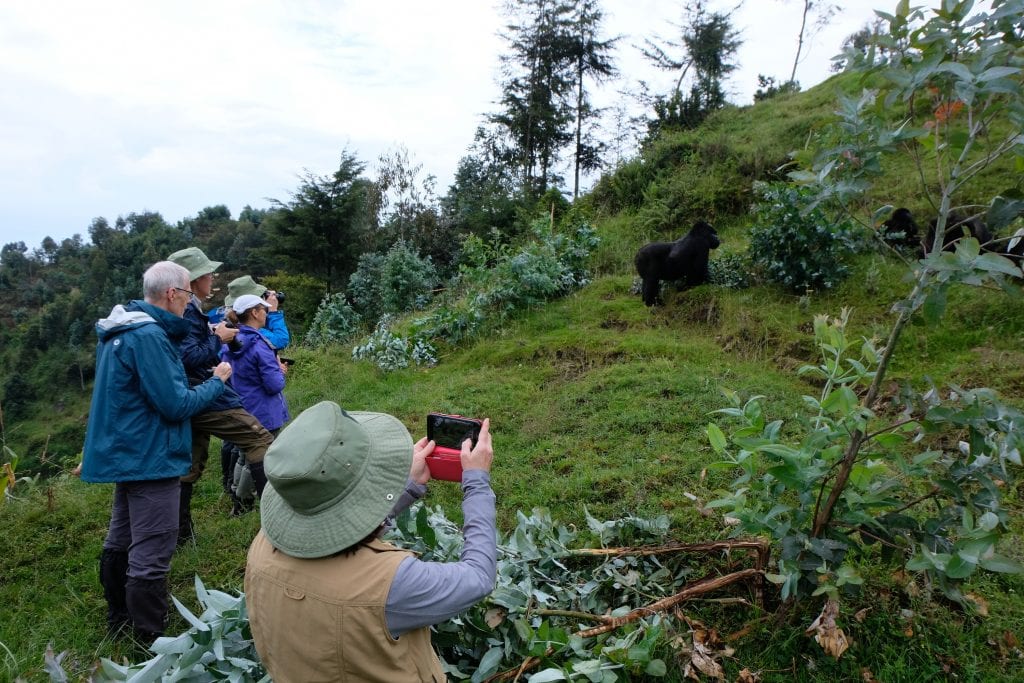 Spying a lion, the proverbial “King of the Jungle,” is one of the iconic thrills of safari travel. But ironically enough, observing one reveals just how mistaken the moniker is (lions actually live in the grasslands, not the jungle). A Micato trip to East Africa’s interior, though—in particular, to the verdant Virunga Mountains of Rwanda’s Volcanoes National Park—provides an opportunity to meet the true royals of the African jungle: wild Mountain Gorillas. These beautiful and endangered apes, whose silverback alpha males can weigh as much as 440 pounds, have a power and dignity that can only be described as majesty. 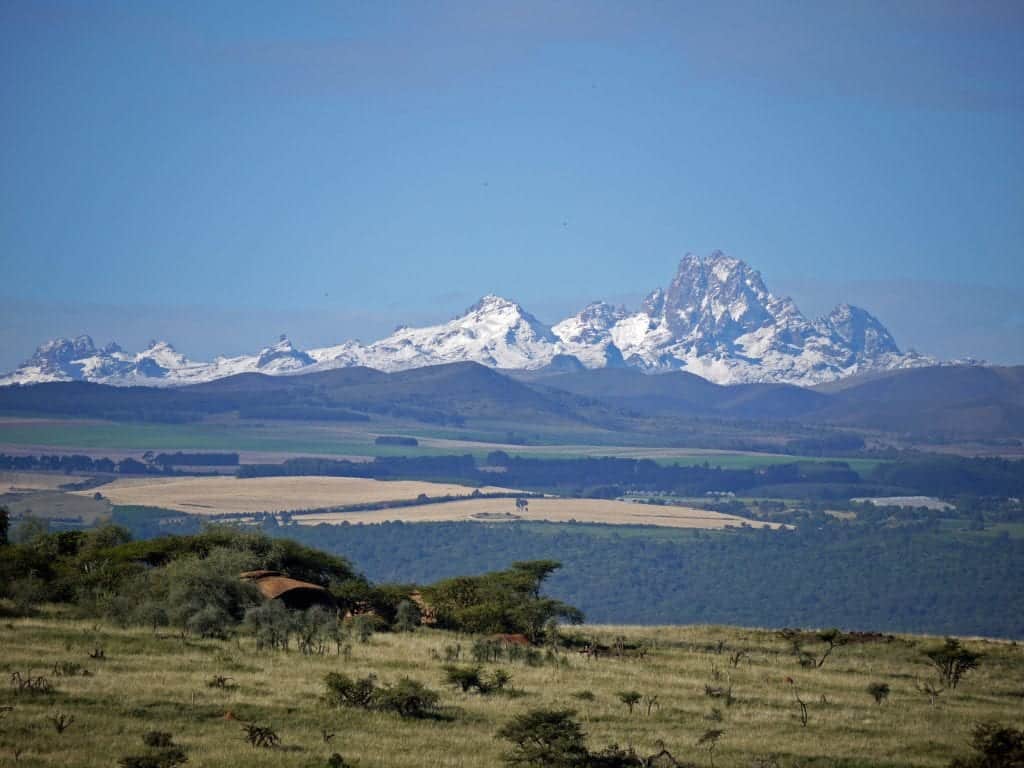 There’s no better way to appreciate Africa’s sweeping and magnificent landscapes than from the top—or base—of one of its breathtaking mountains. If you’re the sort of safari guest who likes a physical challenge, a guided hike to the top of Namibia’s most famous dune—the more-than-1,000-foot-tall “Big Daddy”—provides spectacular views over the undulating red sandscape of the surrounding Sossusvlei. But if you prefer your dazzling mountain vistas without a strenuous trek, you’ll find plenty of them at Micato partner lodges whose balconies (and even pools and cocktail bars) overlook the soaring Mount Kenya, whose 17,000-foot summit is the second-highest on the continent.

With Micato Safaris, you can turn any—or all—of these life-list dream experiences into real-life adventure. Contact our safari-planning experts to get started today.

Up Next: On Safari with Micato and the Pinto Family