We were in for a surprise.

When our gaggle of six arrived in the Fort Lauderdale airport, sporting our safari hats and smiles, we didn’t know that anything was missing. We were anticipating a safari that my husband Albert and I had been dreaming of for a decade and planning to take with our sons and daughters-in-law for more than a year.

It wasn’t until we were sitting in the Amsterdam airport during our layover that Albert asked for his insulin injection. I, ever the planner, had brought a sack and ice pack for the medicine in my carry-on. But in the shuffle of leaving the previous morning, none of us—neither Albert nor I, nor Zachary, Tanner, Lauren nor Caitlin—had noticed the reminder I had posted on the front door! The sack was empty. Albert’s medicine was sitting in a refrigerator 4,600 miles away. 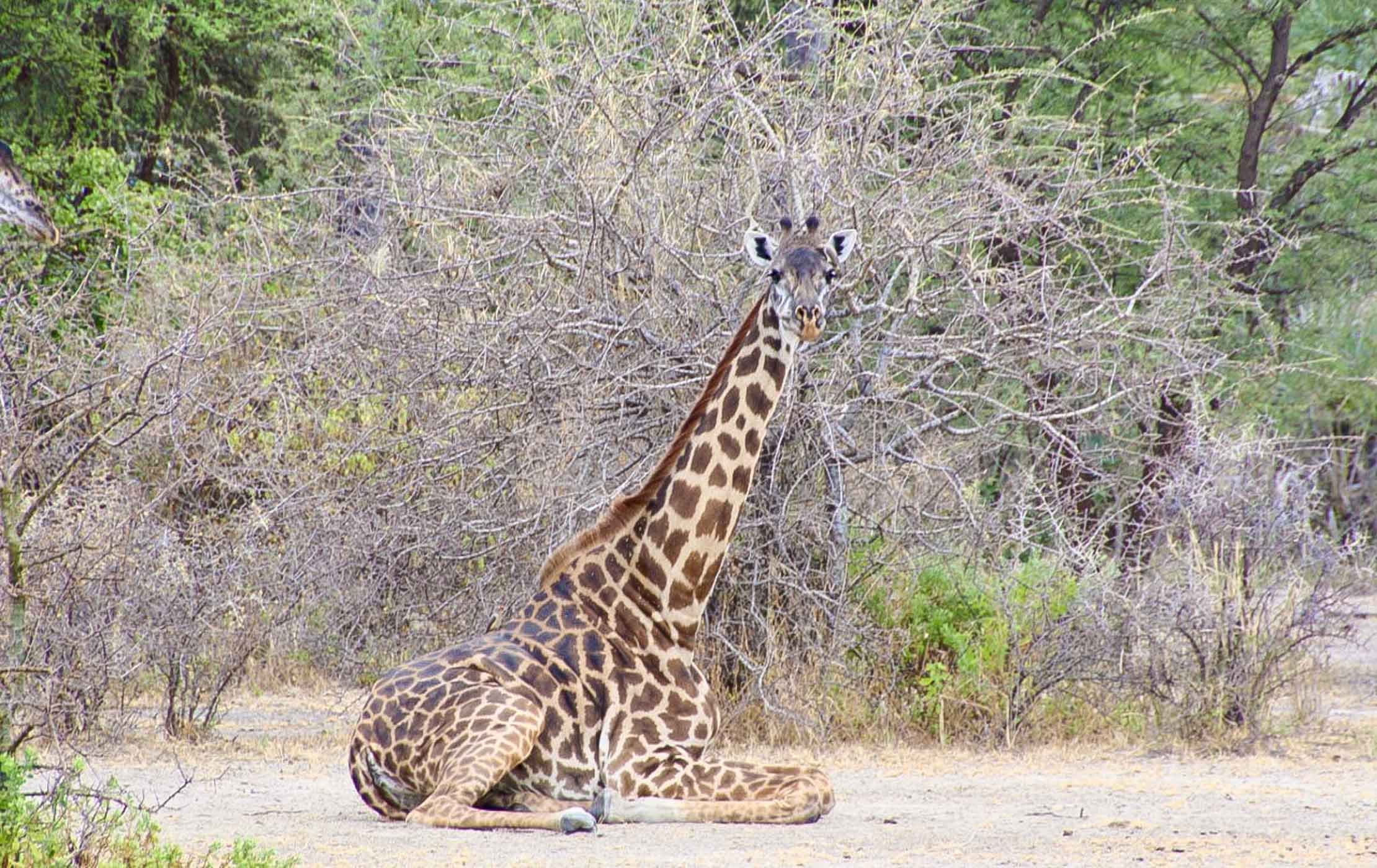 We did the only thing we could think of: we emailed Micato for help. Then, on our 9-hour flight to Kilimanjaro International Airport in Tanzania, we anxiously paced the aisles. Our trip hadn’t even begun, and already we were facing the unknown. Just two weeks earlier, we had received news that the treehouse we had reserved had been overbooked. We’d get an upgrade. Yet, our plans were changing.

But once we landed in Kilimanjaro, Micato guides were waiting with Albert’s medicine, taped to an ice pack and in our hands before we even got to the car. The relief was instant, the joy palpable. We gathered together. The trip we had waited so long for could finally begin!

The first evening at Chem Chem—the compound Micato had upgraded us to—we hopped into an open-air truck with a Massai guide and made our way to a nearby lake. Suddenly, unexpectedly, we found ourselves surrounded by giraffes. We watched in awe as they loped beside us, turning in elegant arcs as our vehicle approached. By the time daylight began to wane into the deep reds of an African sunset, we found ourselves in a pack of more than 50 of them.

We arrived at the lake together, joining wildebeest and zebra. As our guide served us drinks, we gazed at the cornucopia of wildlife through binoculars and cameras. By the time I looked back to the giraffes, they had gone, just as peacefully and soundlessly as they had arrived. If our itinerary hadn’t changed, I thought, we never would have been with them. The sky fell like a black curtain above Lake Manyara, our guide built a crackling fire, and a blanket of stars glittered overhead. 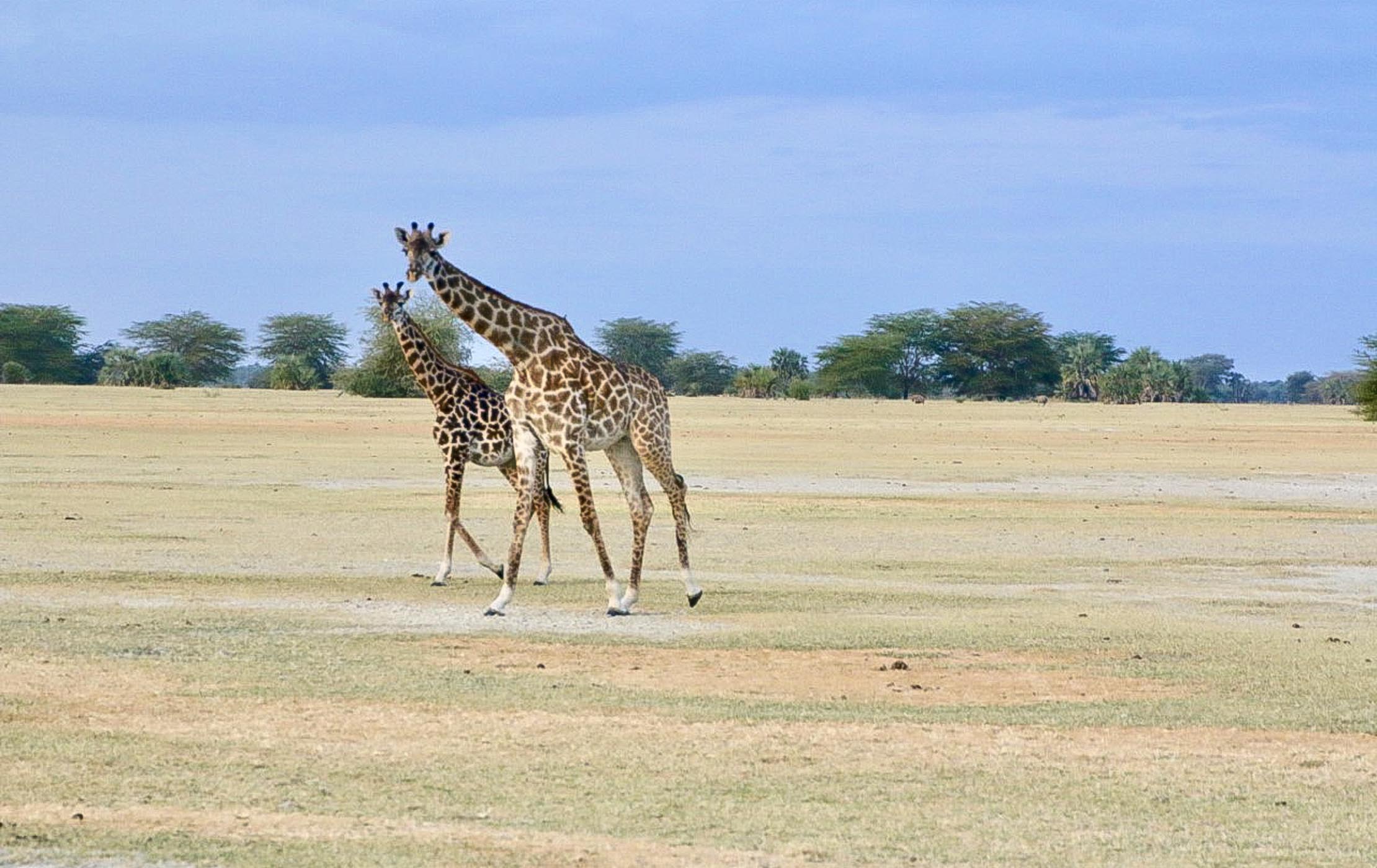 After leaving Chem Chem, we took a bush plane to the Serengeti. I remember looking out the tiny window as the lush landscape of the jungle gave way to open plains. Out on the Serengeti, we marvelled at everything from lions devouring their prey, to hyenas feeding their young. We saw elephants, buffalo, leopards, and a rhino in the distance who completed our “big five.” But it wasn’t until we made our way through tall grasses on our last game drive that we saw her striking body appear, directly in front of us.

She was so close that I could see the definition of the muscles in her legs, the patterning of spots in her fur. She looked like she was stalking prey—an impala, perhaps. For nearly an hour, we watched the cheetah as she moved, crouching into grass that swallowed her in camouflage.

I watched in a trance. Eight days earlier, I had been anxiously hurtling through the air, but with her, I was at peace. Nothing else mattered but the moment I was in, the planet I was on, and the creatures I was on it with.

As we waited in the lodge for our flight home, we were handed gift bags. Hidden inside each was a framed photo, taken by the woman who had arranged the insulin delivery. It was an image that would end up on each of our walls and countertops: our family in our safari hats on the first day, gathered together in relief and excitement—before we had joined a pack of giraffes running at sunset, before we had marvelled at the star-scape above Lake Manyara, and before we had spent an hour appreciating the cheetah that had appeared, unanticipated, right before our eyes.

We had no idea that she had taken the photo. Just one of the many surprises in Micato’s Africa!

See these surprises and more on safari!

Up Next: Tasting the Magic of India