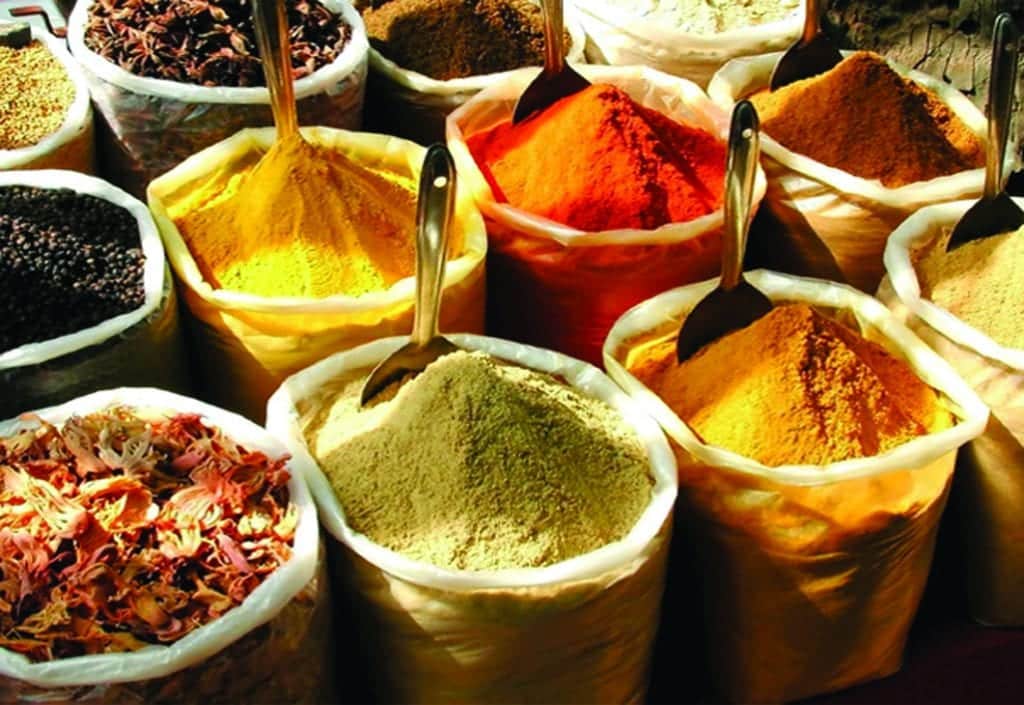 One of the most compelling reasons to visit India (along with its dazzling architectural treasures, bustling cities, and wildlife-filled national parks) is its sublime cuisine. The country’s culinary traditions are a vital part of its culture—and intrinsic to how Indians celebrate family, history, and the particular regions they hail from.

Over many centuries, the varied landscapes and growing climates in India have led to the development of a rich array of regionally distinctive cuisines. Sampling these is easily one of the most delightful ways you’ll get to explore Micato’s India on your journey. So whether you’re new to the subcontinent’s gastronomy, or have already cultivated a taste for it by dining at your local Indian restaurants, here are some culinary details to whet your travel appetite.

Despite its regionally specific variations, most Indian cuisines incorporate some common component ingredients. Heady spices like chili peppers, mustard seed, ginger, allspice, garlic, cumin, coriander, cardamom, fennel, and turmeric are almost always employed (sometimes sparingly, sometimes to five-alarm effect). Since vegetarianism is embraced by many Hindus, lentils, grains and vegetables take center stage in many dishes. And since both Hindus and Muslims abstain from pork, and cows are sacred to Hindus, meat dishes typically feature lamb, chicken, and fish.

In the country’s northerly states—including Uttar Pradesh, Uttarakhand, Kashmir, and Delhi —geographical proximity to the Himalayas is reflected in every aspect of the cookery. The region’s fertile mountain valleys (collectively known as India’s “grain bowl”) produce an abundance of wheat, which is why some of the best-known dishes here are breads: griddle-baked flatbreads like chapati and roti, balloon-shaped deep-fried poori, and the deliciously charred oven-baked naan. This last is traditionally made in a chimney-like clay oven known as a tandoor, where food is cooked over fire in a smoky, half-barbecued fashion. Other tandoor preparations that are typical of this cool-weather region are succulent meat kebabs like tandoori chicken and lamb, and rich, long-simmered tomato-based stews like tikka masala and rogan josh.

The cuisine in India’s southernmost states—including Kerala, Goa, and Tamil Nadu—is influenced by the region’s coastal topography and hot, tropical climate. The many low-lying river deltas here are home to mazes of rice paddies, which are used to make rice-flour-based pancakes like idlis and dosas; the estuaries and seas teem with fishing boats, which harvest pearl-spot fish, mackerel, and prawns. Further inland, plantations produce coconut palms, spices like cardamom and fenugreek, and many varieties of chili pepper. Though the regional specialties here tend to be less hearty than those in the north—most use fish rather than meat, and stews are typically thinner, made with delicate coconut milk and sometimes refreshing tamarind or lemongrass—they are also far more fiery. Two scaldingly delicious cases in point: Chettinad prawn masala, and karimeen pollichathu (steamed spicy fish in banana leaves).

In the western states of Rajasthan and Gujarat (and to a much lesser extent, Maharashtra—home to the everything-goes culinary melting pot of Mumbai), the majority of residents adhere to a vegetarian diet. The region’s mainly hot, dry climate, however, makes the growing of fresh produce difficult. Happily, western Indians have solved this gustatory conundrum with delicious ingenuity, by devising dishes that spotlight lentils and beans—like many varieties of spiced dal—along with curried vegetables like eggplant and potato, accompanied by piquant, deeply flavorful pickles and chutneys. The best way to taste as many of these dishes as possible is to indulge in a thali-style meal: a large platter including as many as ten different shaak (vegetable preparations).

To learn more about tasting your way through India with Micato—and also experiencing the country’s dazzling art, architecture, and wildlife— Request a Brochure or contact one of Micato’s planning specialists.

Up Next: When to Visit India's Ranthambore National Park