Beautiful Indigenous Crafts to See – and Buy – on Safari

Every Micato Safari itinerary in East or southern Africa will include opportunities to peruse, and purchase, crafts made by indigenous artisans. Sometimes this might mean visiting tiny villages, where local craftspeople sell their creations to help support their families; other times, it might mean visiting world-class galleries where native artworks attract collectors from around the globe. If you’re interested procuring such treasures, your Micato safari director can make sure you find what you’re looking for. But even if shopping isn’t on your agenda, it’s worth learning a little about Africa’s artisan crafts—which offer a vivid window into the communities that produce them. Here are a few to keep your eye out for. 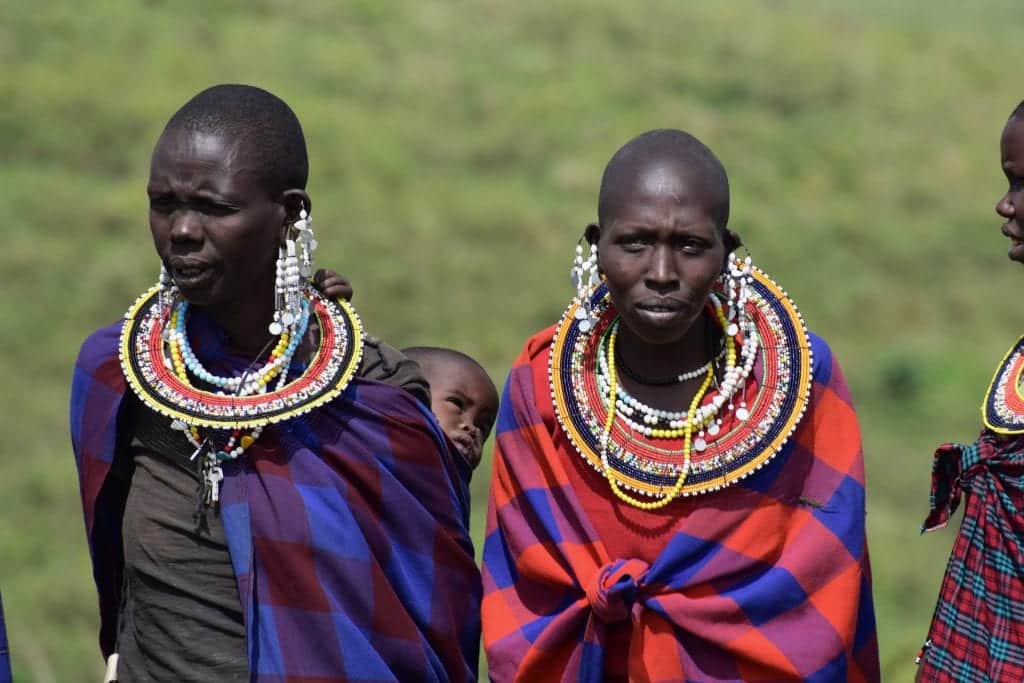 Among the best-known crafts you’ll encounter on safari are those incorporating vibrantly coloured beadwork. Women of both the East African Maasai and South African Zulu tribes, in particular, have long been known for their skill in stitching tiny, brightly hued glass beads into intricately patterned necklaces, bracelets, headbands, and earrings. (The beads, which were first introduced by Europeans in the late 19th century, quickly replaced ornamental materials like shells, ivory, bone, and clay that tribespeople had used for thousands of years.) For the members of these indigenous groups, wearing certain types of beadwork signifies aspects of their place within their communities. For example, on her wedding day, a Maasai woman will wear an ornate, heavy collar necklace embellished with a series of long, beaded strands; these represent the number of cattle and goats (and thus wealth) she brings to the marriage. A Zulu man, meanwhile, will historically wear a neckpiece or arm band decorated with certain geometric patterns (downward-facing triangles) if he is unmarried, and others (pairs of triangles joined to make hourglass shapes) once he takes a wife, or wives. While it’s possible to buy such ritual adornments, today’s beadwork artisans also use their talents to fashion trendier accessories like purses, belts, and sandals.

In recent decades, the splendid embroidered textiles created by two South African craft collectives—Mapula (which represents female Mapulana artisans) and Kaross (representing Vatsonga and Sotho artisans) have won adulation from the international art community. These cooperatives commission local women to draw upon their longstanding needlework traditions, in order to create richly embroidered wall hangings and fabric crafts that showcase the colourful splendour of Africa’s landscapes and animals, and the dynamic history and culture of its people. Examples of this fine embroidery hang in rarefied museums and private collections around the world, and have been gifted to venerable heads of state—including former U.S. President Barack Obama, who was presented with a Mapula tapestry at the White House in 2010. But travellers captivated by this artistry can claim their own embroidered crafts—in the form of wall hangings, pillow covers, handbags, placemats, and more—and know they are helping to support tribal needleworkers and their home communities.

Carvings made from wood, stone, and other natural materials have been prized by travellers to Africa for many centuries. While there are almost as many styles of carving as there are indigenous African groups, a few have gained special renown for their distinctive works. Tanzania’s Makonde people, for instance, have for generations passed along the craft of carving wood into detailed tribal masks, female figures (in Makonde legend, the mother of creation was a wooden carving that suddenly animated), and “tree of life” sculptures, whose towers of interconnected figures symbolize human fellowship. While many modern-day Makonde carvings are made with cheap coconut wood, discerning buyers can still find works made with the spectacular polished black ebony that was the traditional choice for carvers.
Zimbabwe’s Shona people, similarly, are famed for their longstanding tradition of carving stone—mainly the copious green-mottled serpentine found throughout their home territory—into breathtaking sculptural forms. Often taking the shape of human, animal, or totemic figures, these artworks are manifestations of Shona spirituality. Shona carvers, it is said, don’t simply shape the stone; they give voice to the spirits that reside within it.

To learn more about how to find—and purchase—beautiful handmade crafts on safari, speak to one of Micato’s planning experts.

Up Next: More Fabulous Birds You'll Only See On Safari