5 Fascinating Facts About the Maasai People

A highlight for many Micato Safari travellers is coming into contact with the Maasai, a semi-nomadic, pastoral indigenous tribe whose ancestral territory stretches across southern Kenya and northern Tanzania. Since many of their communities abut or lie within the bounds of popular game preserves—including Maasai Mara, Ngorongoro, and Amboseli—many of the camps and lodges we use for our safaris employ them as guides and staffers. It’s also common for safari guests to visit their villages or see them out in the savannah: men herding livestock; women carrying water or firewood. 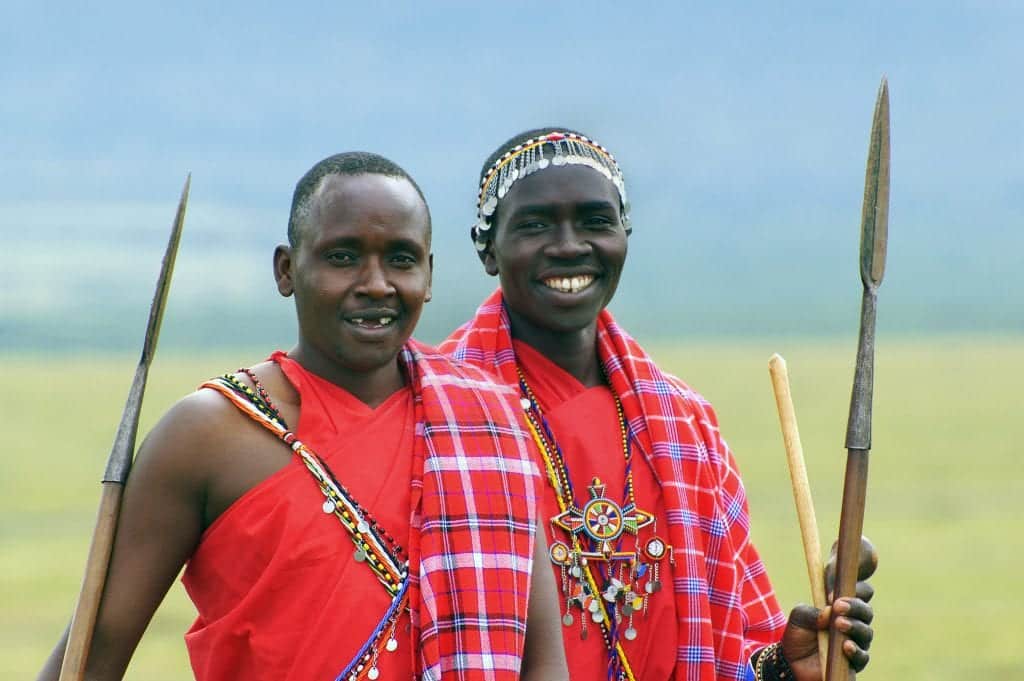 But the Maasai have a rich and fascinating culture that long predates the existence of safari travel, and still exists alongside it. Here are a few especially interesting aspects of that culture.

For Maasai, cows are wealth.

Maasai culture is centred around the belief that God (called Engai, or Enkai, in the tribe’s Maa language) created cattle especially for them, and they are the custodians of all the world’s cattle. For Maasai, life revolves around amassing and grazing large herds of cows (and to a lesser extent, goats). As well as being the tribe’s primary income source (livestock are traded for other products or cash), cows also play an important role in Maasai communal life. Families and clans establish alliances through the exchange of cattle; and consuming the meat and milk of cows is considered a sacred act, one that binds them to their creator.

Maasai have long employed a “green” approach to land management.

For hundreds of years—and long before the official creation of game parks as a means to environmental conservation—the Maasai moved and grazed their herds throughout the Rift Valley without causing damage to the land or its resident wildlife. They did this mainly by migrating seasonally across large swaths of territory, leaving the land plenty of time to recover before cycling back to graze it again. Since their diet also traditionally relies on the milk, blood, and meat of their livestock, the tribe’s hunting of game was limited and non-disruptive to the larger ecosystem.

In decades past, young Maasai men proved themselves as warriors (morani) with the ritual killing of a lion—either single-handedly or in a group, and using only their iron spears as weapons. (Typically, only male lions were hunted in this initiation rite, known as ala-mayo, since female lions were considered sacred progenitors of life.) Though ritual lion-hunting is now outlawed in East Africa, and Maasai will now only kill a lion if it is threatening their livestock, the fierce bravery of the morani is still revered today. 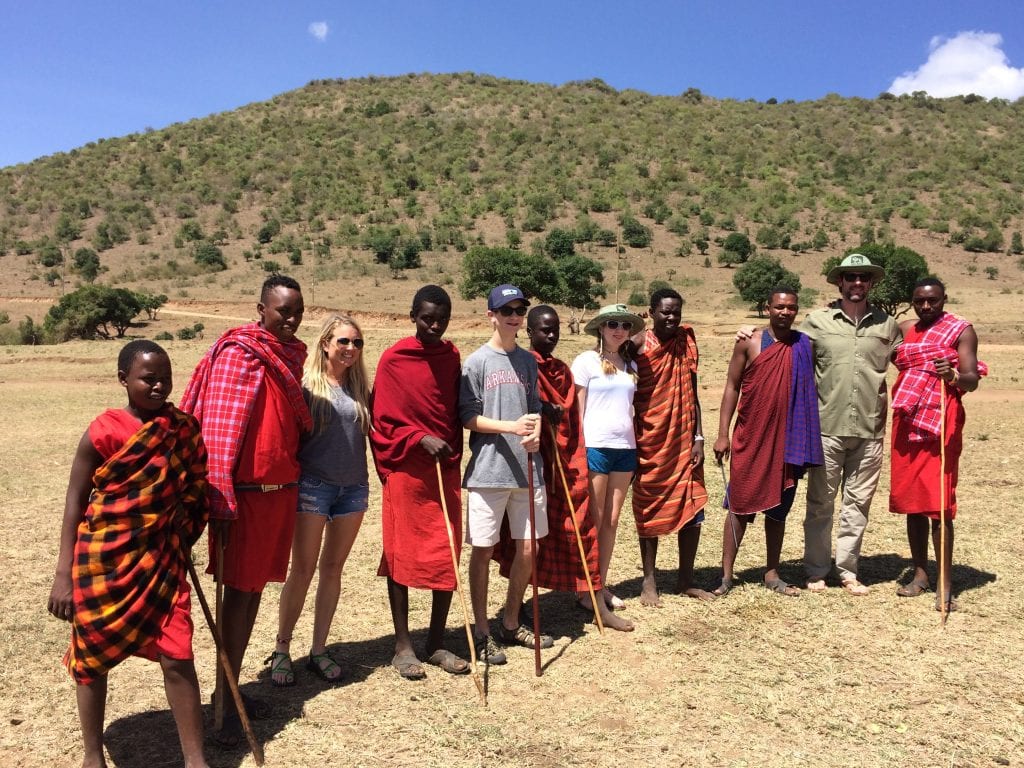 Maasai dress is beautifully distinctive (and much copied).

The Maasai are known for their physical beauty—not just their lithe, graceful physiques but for their unique garb and body ornamentation. The most iconic Maasai garment today is the shuka—a woven, thick cotton blanket, usually red with a striped or checked pattern in blue or black, which is worn wrapped around the body. Though it isn’t traditional in a historical sense—the shuka only replaced animal-skin clothing around the 1960s, and is purchased rather than made by tribespeople—it is now worn by virtually all Maasai across East Africa. The signature garment has been widely emulated by modern fashion designers, including Louis Vuitton; and many high-end jewellery designers have also taken inspiration from Maasai jewellery—in particular, the intricately beaded, brightly coloured necklaces and bracelets worn by both men and women.

It’s nearly impossible to beat Maasai in a jumping contest.

Among the many singing and dancing ceremonies practised by the Maasai, the best-known is without doubt the adamu, or jumping dance. In this ritual, young Maasai men gather in a semicircle while rhythmically chanting in unison; then, each takes a turn stepping in front of the group, and jumping several times straight up in the air, as high as he can. The adamu (usually accompanied by high-energy whoops, and carefully observed by Maasai women standing nearby) functions as a show of strength for young Maasai warriors hoping to attract wives. African safari travellers are often thrilled by the display, and some even attempt the jumping dance themselves. Very few can approach the heights reached by the warriors, though; they have been practising since childhood. 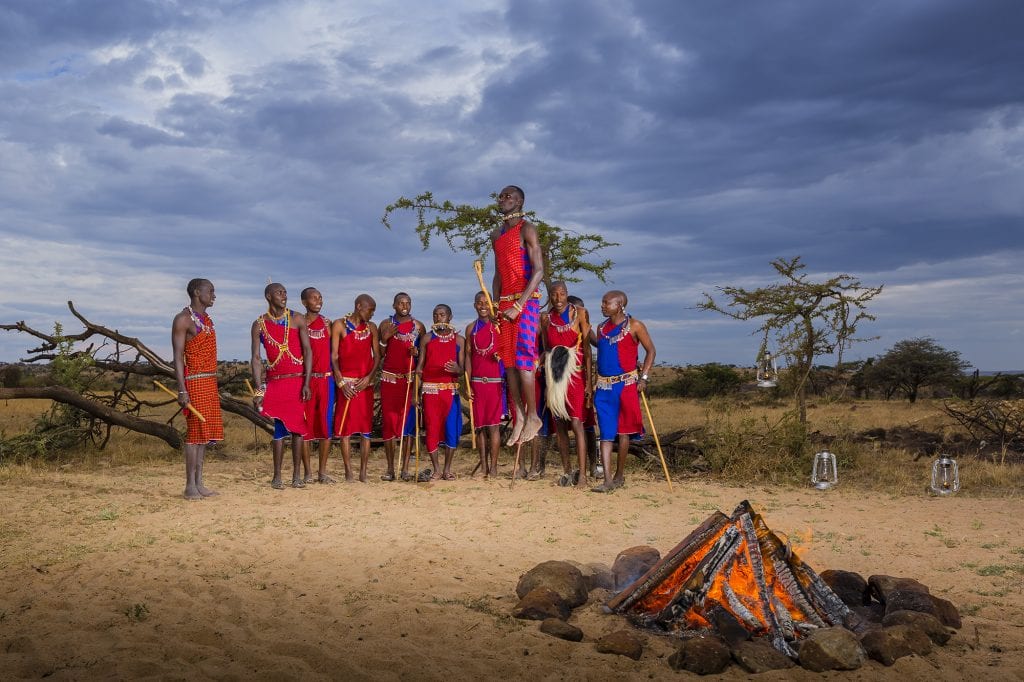 Visiting Maasai communities and learning about their remarkable culture is an integral part of many Micato luxury African safari itineraries. Find out more by contacting a Micato Safari Specialist today.

Experience Maasai culture for yourself!

Up Next: 6 Activities to Consider While in Nairobi