The southern African countries of Zambia and Zimbabwe have long drawn safari travellers for the natural boundary dividing them: The mighty Zambezi River, which culminates in the singularly awe-inspiring Victoria Falls. While the waterfall is undoubtedly a life-list destination all its own (read on to learn why), it also makes a perfect jumping-off point to other natural wonders on either side of the river. Here are some of the highlights that make this region spectacular.

“The Smoke That Thunders”

As those who’ve visited attest, Victoria Falls—the world’s largest waterfall—can really only be properly appreciated in person. Photos of the immense curtain of water, which is twice the height and many times the width of Niagara Falls, fail to adequately express its jaw-dropping majesty. And descriptions of the cataract, which sends more than 600 million litres of water per minute crashing over a precipice and hundreds of feet down, fall short in conveying its colossal power. Being in the presence of the falls is, in fact, a full-sensory experience, one that incorporates the ethereal mist that the deluge sends up in great, rainbow-tinged clouds, and the steady, sonorous roar that local Lozi tribespeople call Mosi-oa-Tunya, or “The Smoke that Thunders.”

Luckily, a Micato safari lets you have close encounters with Victoria Falls from a variety of vantage points: from above, by private helicopter ride; from riverside viewing platforms, accessible by foot; from the water, on private river cruises, or from the verandas, and patios of partner lodges like the Royal Livingstone Hotel (named for David Livingstone, the first western explorer to discover the falls in 1855). 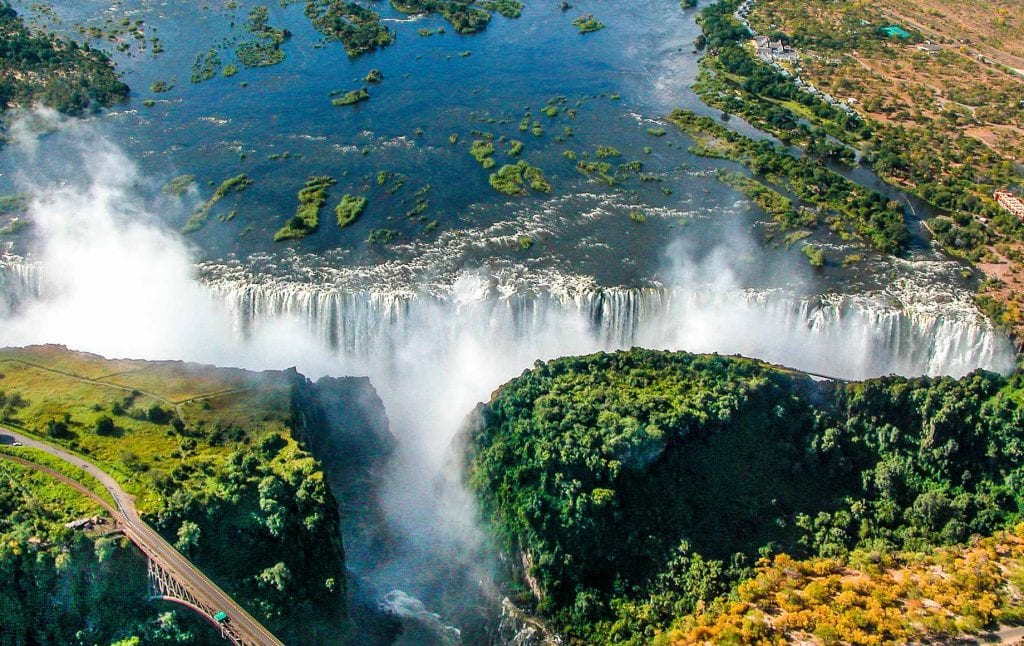 Encompassing Victoria Falls and extending 25 square miles along the northern (Zambian) side of the river, the UNESCO World Heritage Site Mosi-oa-Tunya National Park is a tiny gem of a preserve. But a stunning array of flora and fauna proliferate here, where both the water and its perpetual spray of condensation create a rare environment for biodiversity. Along the riverbanks, from which crocodiles and pods of wallowing hippos can be seen, cliffside rainforests teem with lush plants rarely seen in the region—like wild date palms, ivory palms, mahogany and ebony trees, and looping liana vines. Beyond are scrub woodlands and open savannah, where giraffe, zebra, Cape buffalo, warthogs, and several species of antelope are plentiful. During dry-season months, elephant herds also frequently cross the river from the Zimbabwean side and into the park. Rarer, but still in evidence, are lions, and a small population of carefully guarded endangered white rhino.

Zambia has much larger and more wildlife-dense preserves further north (including Lower Zambezi National Park, Kafue National Park, and South Luangwa National Park). But if you’re inclined to focus your itinerary around Victoria Falls, Mosi-oa-Tunya provides a lovely, easily accessible “mini safari”—as well as some of the area’s most luxurious boutique lodgings at Thorntree River Lodge. 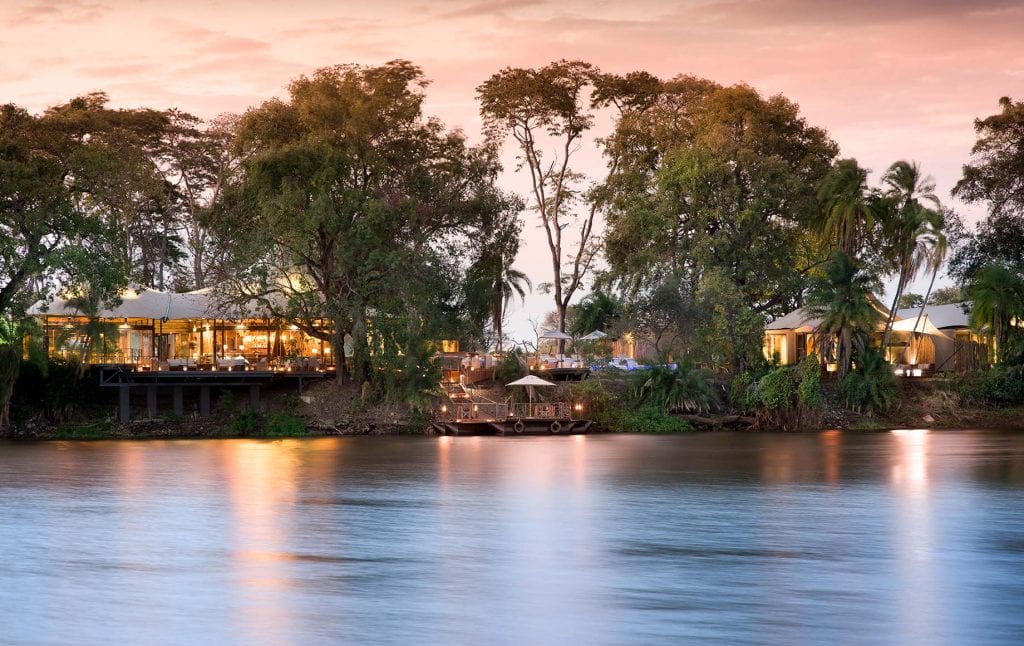 Facing Mosi-oa-Tunya from across the river, Zimbabwe’s Zambezi National Park stretches some 218 square miles upstream and inland from Victoria Falls. The park’s mopane forests, grasslands, and 30 miles of riverfront make it prime safari game-viewing territory, though it’s less visited than other, larger preserves to the south (like Hwange National Park, or Chobe and Moremi in neighbouring Botswana). That means you’re much less likely to encounter crowds as you spy leopards, lions, elephants, Cape buffalo, hippos, giraffe, zebra, kudu, impala, and Zimbabwe’s national animal, the swoop-horned sable. You’ll also have the chance to see some of the 400-odd bird species that inhabit the park—especially along the waterfront, where kingfishers, Pel’s Fishing Owls, and Goliath herons hunt for prey.

Before discovering Victoria Falls in 1855, David Livingstone travelled along this part of the river, above the falls; he found it so enchanting that he later described, “scenes so lovely they must have been gazed upon by angels in their flight.” You can experience the same sense of wonder on a Micato safari—whether on game drives, guided canoe treks, or over elegant sunset cocktails at the Victoria Falls Hotel.

When you are ready to experience the magic of Victoria Falls and the Zambezi River for yourself speak with one of Micato’s Safari Experts, and start planning your trip.

Up Next: Tasting Your Way through Northern India