Tasting Your Way through Northern India 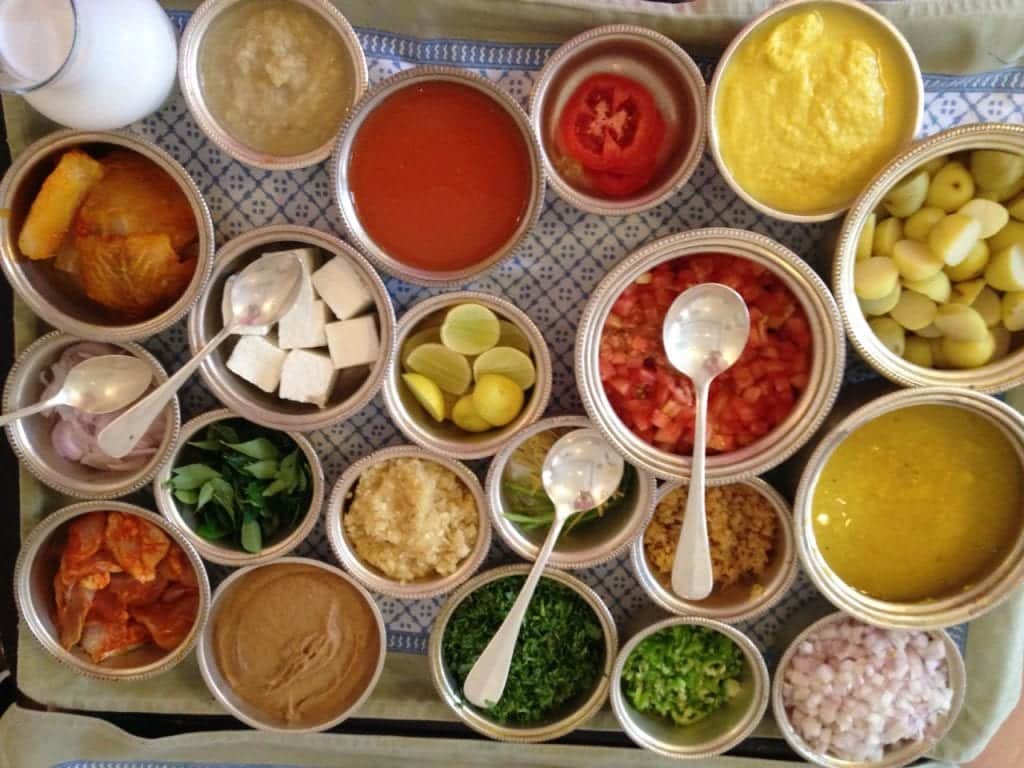 While colourful spices such as cumin, turmeric, coriander and fenugreek are synonymous with Micato’s India, the subcontinent’s cuisine is incredibly varied and regional. Traversing from Rajasthan’s storied cities to New Delhi in the state of Haryana to Varanasi in Uttar Pradesh, Micato travellers will taste their way through North India, where hearty curries and pillowy breads reign. Not to mention sweets such as moong dal halwa and besan ladoos cooked in ghee, or clarified butter. The cuisine of the North reflects the extreme desert-like climate of the region, where summers are typically dry and hot and winters chilly and cool. Here, a short introduction to some of the foods Micato travellers encounter and sample.

Dal, a catchall term for lentils in India, is a central part of most meals. Typically, one type of split or whole lentil, such as masoor (red lentils), urad (whole black lentils), mung (green lentils) or chana (chickpeas), is soaked overnight and simmered for hours, and a tempering of ghee, dry or green chiles, ginger, garlic, and spices is added along the way. Rajasthan is famous for its Panchmel dal, a soupy blend of five types of lentils. In New Delhi, Dal Makhani, a slow-cooked stew of whole black lentils (urad dal) and red kidney beans (rajma) swimming in rich cream, is especially popular. Chana masala, also often called chole, is a chunky chickpea stew cooked with tomatoes, onions and garam masala (a spice blend of bay leaves, cloves, cardamom, nutmeg and more). Both Rajasthani food as well as Mughlai–style cuisine found in New Delhi, with its Central Asian and Iranian traces, feature meat dishes. Typically though, the meats consumed are chicken, goat or lamb rather than beef or pork. Kebabs in North India also draw from the Mughal tradition of grilling meats.

Most Indian restaurants outside of India skew toward North Indian food, so Micato travellers may already be familiar with breads such as pillowy, buttery naan or roti, a flatbread made from whole wheat flour. Naan is typically cooked on a tandoor, a clay oven that’s fired by wood or charcoal. In Rajasthan, bajri roti, a flatbread made from millet, is also very common and typically accompanied by a garlic chutney. Also popular throughout the North Indian states are parathas, flaky, chewy cousins to naan that are stuffed with a filling of potato or cauliflower.

India is revered the world over for its aromatic, fluffy, long grain basmati rice. In fact, it supplies two-thirds of the global supply. Most of that rice grows and comes from the eastern and southern parts of India, and to say that rice is a staple of the diet in these regions would be an understatement. Still, northern Indians love their rice too, especially the festive fried rice preparations of pulao and biryani. While the recipes and variations for both pulao and biryani are endless throughout the country and even from family to family(!), both typically incorporate whole spices such as cinnamon sticks, bay leaves, cloves, peppercorns and star anise to create an aromatic rice pilaf. Vegetable pulao usually includes potatoes, peas, cauliflower and carrots all cooked with the rice. Biryani, brought to India by the Mughals, typically incorporates meat as well as nuts and raisins as a garnish. Both can be accompanied by raita, a kind of yogurt condiment.

No trip to India is complete without sweets. Collectively known as mithai, Indian sweets and desserts, are often made with little more than ghee (clarified butter), sugar, milk and a plethora of nuts. Gulab jamun are milk powder balls fried in ghee and then soaked in a sugar syrup; jalebi are crunchy and fried dough coils dipped in sugar. Kaju katli, a popular Diwali gift, is made from cashew meal and sugar cooked in ghee and cut into diamond shapes. Another favourite is Kulfi, an Indian-style ice cream that’s creamier and denser than traditional ice cream, and can be made in many flavours such as saffron, pistachio, mango, cardamom or rose. Kheer is an Indian pudding that can be made with vermicelli, rice, tapioca, which are cooked in milk and sugar and topped with almonds, pistachios, walnuts, etc. As in many cultures, sweets in India may be served as a dessert, with afternoon tea, or as part of a celebration or festival.

If this delectable information has you craving a taste of India for yourself including, perhaps an Indian cooking class, contact one of Micato’s India Specialists and start working on a plan to make your dreams come true!

Up Next: South Africa, Where Every Taste is Well Served