The name is synonymous with discovery and, we’re proud to say, with Micato.

We have long treasured our ties with the legendary, fossil-hunting Leakeys, who you can get to know during a visit to Kenya’s Lake Turkana during a Micato Bespoke Safari.

And we’re particularly proud to know Louise—a third-generation Leakey—as well as serve as a longtime sponsor of her driving team, Rhino Rouge and their beloved little red off-roader that could, Car #17.

On May 30 the team placed a respectable 19th place during the Rhino Charge, a conservation fundraiser that has been held annually in Kenya since 1989.

The Rhino Charge event  supports the Rhino Ark Charitable Trust, founded in 1988 in response to the grave endangerment of Kenya’s black rhino population in the Aberdare ecosystem. To quote Louise herself, who reported elegantly on Rhino Ark during a guest post for our blog:

Rhino Ark’s initial aim was to build an electric fence along several sections of the Aberdare National Park most threatened by encroaching farmland. The initial idea evolved into a much more ambitious task of encircling the entire Aberdare Conservation Area with a game-proof fence.

Today Rhino Ark’s mandate extends to seeking sustainable, long-term solutions to the conservation challenges of several mountain forest ecosystems and biodiversity, all threatened by increasing pressures of a rising population. Their goal is also to engage fence-adjacent communities in conservation.

The Rhino Charge is positively grueling. Once again, we turn the mic over to Louise, who reports what the opening of the race was like:

We started the charge day at guard post Tangerine and made it down the first steep drop of the day down to Hardi a bit slower than hoped but still in good time. We turned around and proceeded up the same climb which was about the limit of the car, team and its equipment taking a full further 3 hours to get to the second checkpoint.

We had to move some pretty big boulders by hand and also using the car’s winch! It was great fun and a massive challenge to go down and up such a slope in that fantastic little bullet-proof car!

As Louise notes, the race requires some serious off-roading… 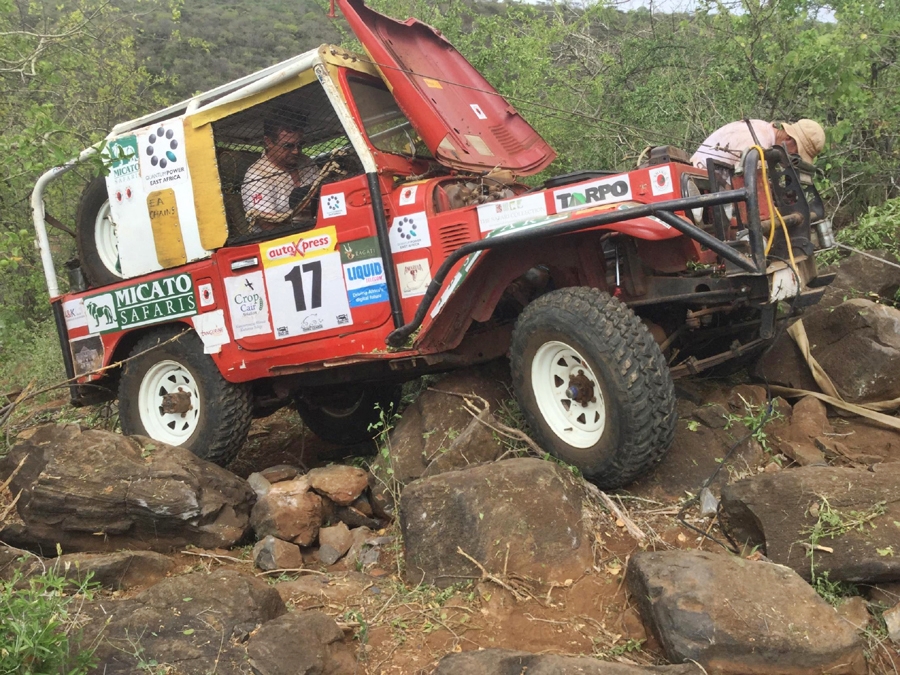 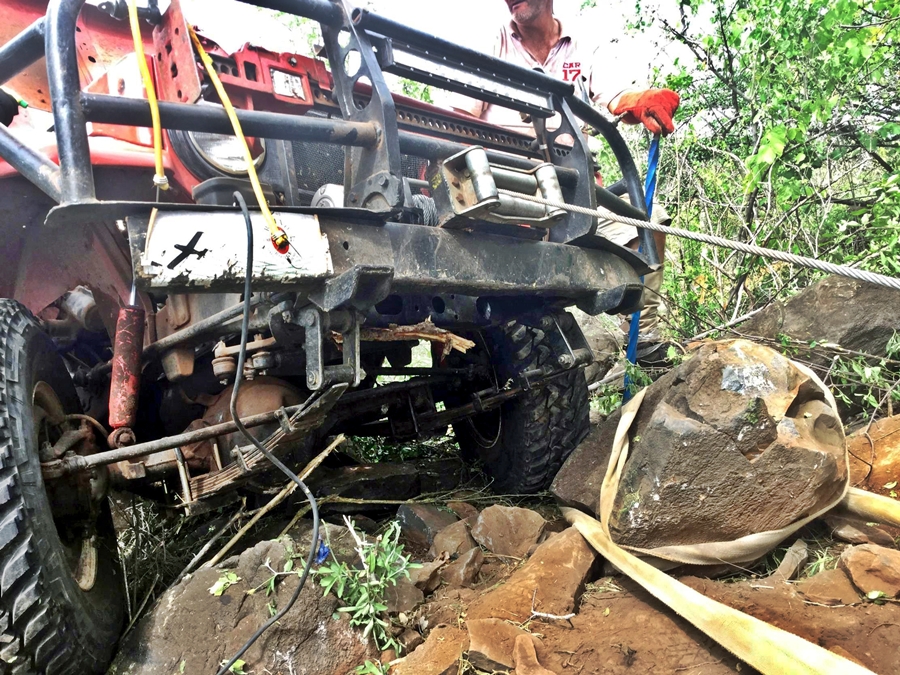 …and, of course, tremendous grit and determination.

We so admire Louise and her team and congratulate them on their finish as well as raising funds to support the Aberdare Electric Fence Project and other worthy causes in Kenya. 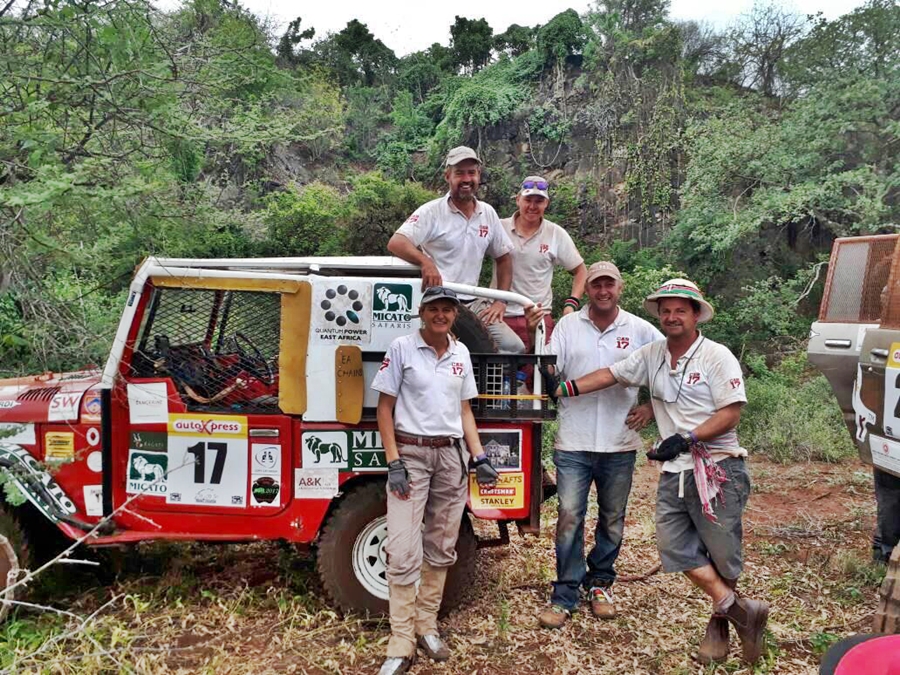 Up Next: Botswana with the Pinto Family