“Among the numerous luxuries of the table … coffee may be considered as one of the most valuable. It excites cheerfulness without intoxication; and the pleasing flow of spirits which it occasions…is never followed by sadness, languor or debility.” – Benjamin Franklin

Before you open your eyes, you can smell the warm, sweet aroma of coffee brewing. You stretch and smile, remembering as you exit your dreams that you’re actually living one – you’re on safari. The steaming, rich brew is placed quietly on your bedside table, and you open your eyes to the opalescent light of the Kenyan dawn. 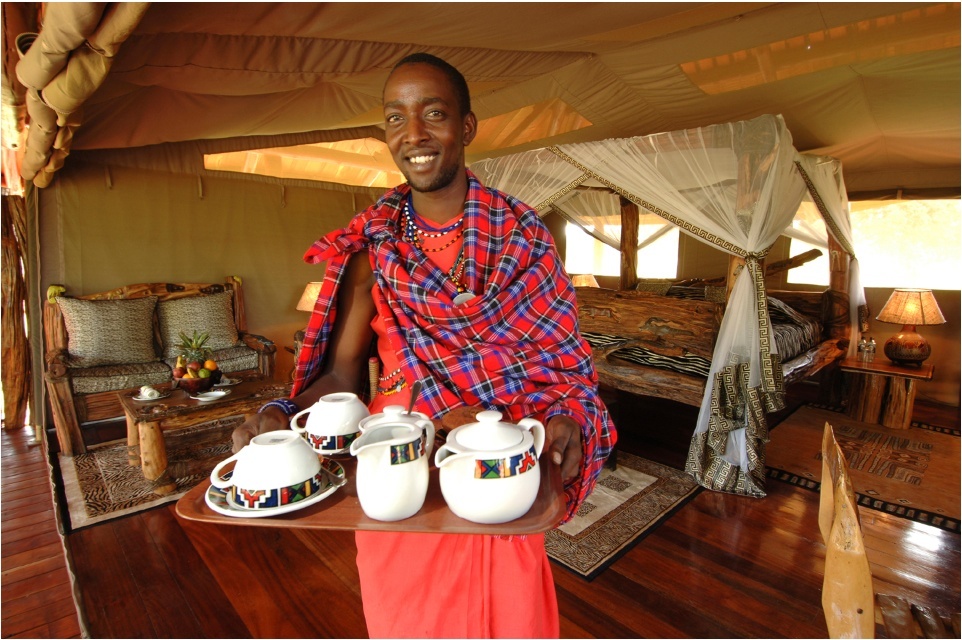 Why do we love coffee so much? Perhaps because we share a birthplace with this nectar of the gods, juice of productivity. Just as human beings began to stand, walk and run on the African continent, coffee too began growing there.

Legend has it, in fact, that the near-mystic properties of coffee were discovered by an Ethiopian goat-herder, who found his goats dancing beneath the moonlight. Believing the source of their joyful energy to be the red berries they were consuming, he threw caution to the wind and ate a berry too. He danced, and mankind’s relationship with coffee began.

Kenyan’s began cultivating coffee in 1893, and the deliciously unique berries that they produced gained so much renown that coffee quickly became the country’s main cash crop. Coffee connoisseurs talk about Kenyan coffee with reverence, their eyes glazing over as their minds wander back to their most recent steaming cup of the rich and aromatic brew.

Not just a pretty aroma and full body, Kenyan coffee is also remarkable for it’s production system. Coffee in Kenya is grown on small co-op farms, processed, and marketed under an auction system – Kenyan coffee beans are auctioned in Nairobi every Tuesday during harvesting season. Samples are available to bidders prior to the weekly auction, and the highest bidder gets the lot. 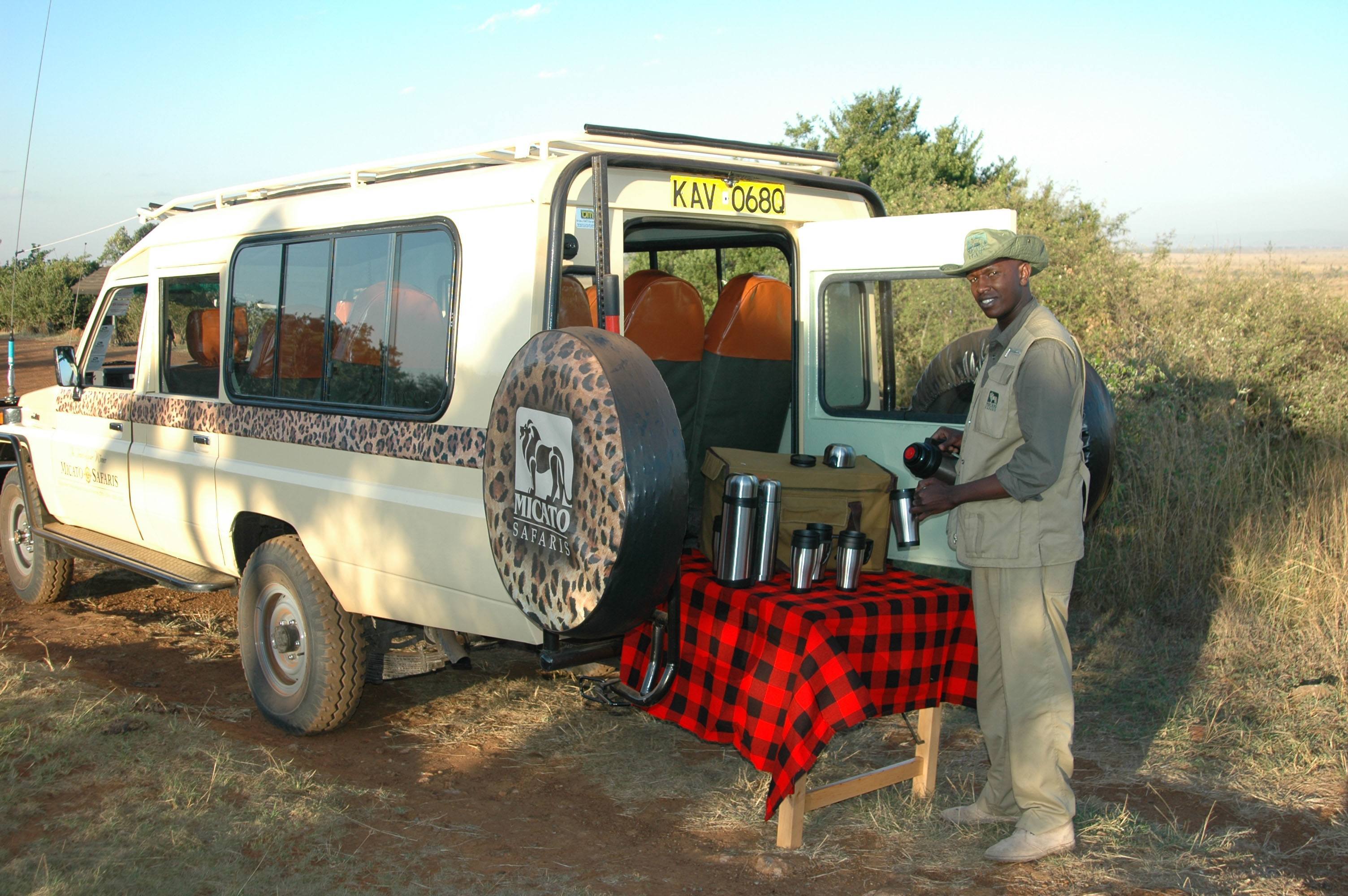 This system rewards quality, and it is us, the drinkers of coffee, our eyes closed and hands cupped around the mug as the fragrant steam rises to our nostrils, that benefit. Drinking coffee on safari is especially surreal, surrounded by the wilderness sounds so familiar to that goat herder of yore, the first consumer of the world’s favourite beverage. It might even move you to dance.

Micato’s original home is Kenya. For great coffee in Nairobi, we recommend Java House – you can even bring a bag home (or two, or three…)

If you’re going on safari with Micato in Tanzania, you will have a chance to stay a night at an actual coffee plantation – the Arusha Coffee Lodge.

Up Next: Those Gentle Elephant Eyes