Micato travellers are often surprised by the fascinating variety of apes and monkeys they’re able to see on safari. Apart from the rare mountain gorillas of Rwanda’s Virunga region—which are themselves worth making a special trip for—nearly a dozen other primate species make their homes in the game preserves of East and southern Africa. Some are easier to spy than others, but all are enormously rewarding to watch. Here are a few to keep an eye out for. 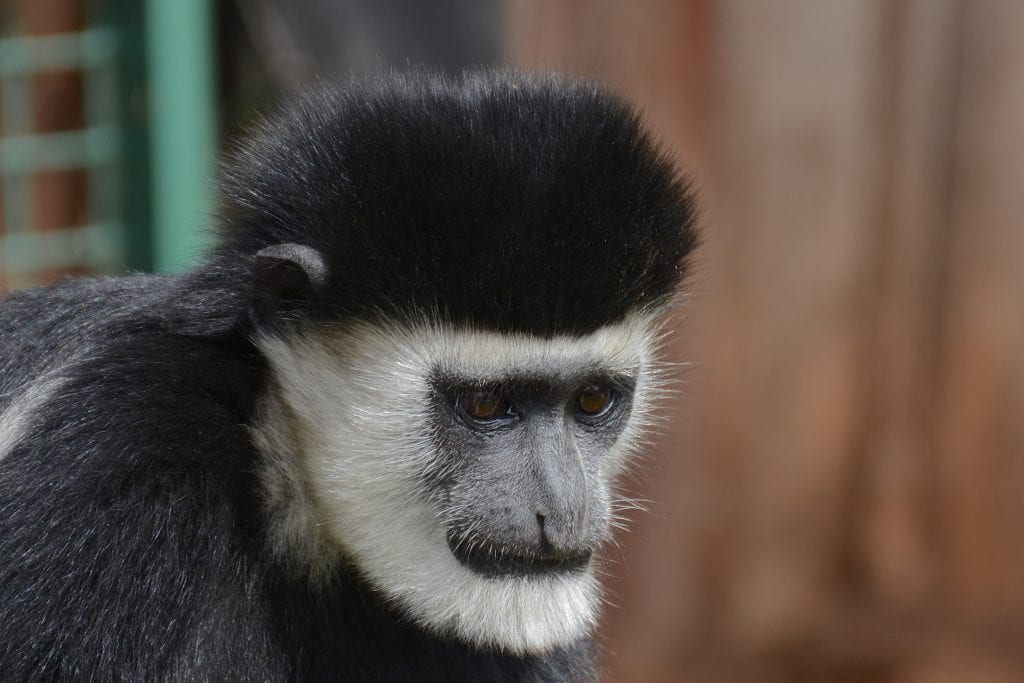 These treetop-dwelling monkeys, the most arboreal in Africa, spend most of their lives without ever touching ground—so to see them, you’ll need to look up! But spotting them is well worth the effort. Widely considered the most dramatically beautiful primates on the continent, colobuses have glossy black coats highlighted by accents of snowy white: a corona-like beards that ring their faces; long, tufted tail plumes; and most strikingly, silky mantles that wreathe their shoulders like fringed white capes. Their remarkable agility, which they display by leaping and swinging among high branches, is made even more impressive by the fact that they’re the only monkey species without thumbs.
Where to Look for It: Mahale Mountains National Park and Arusha National Park, Tanzania 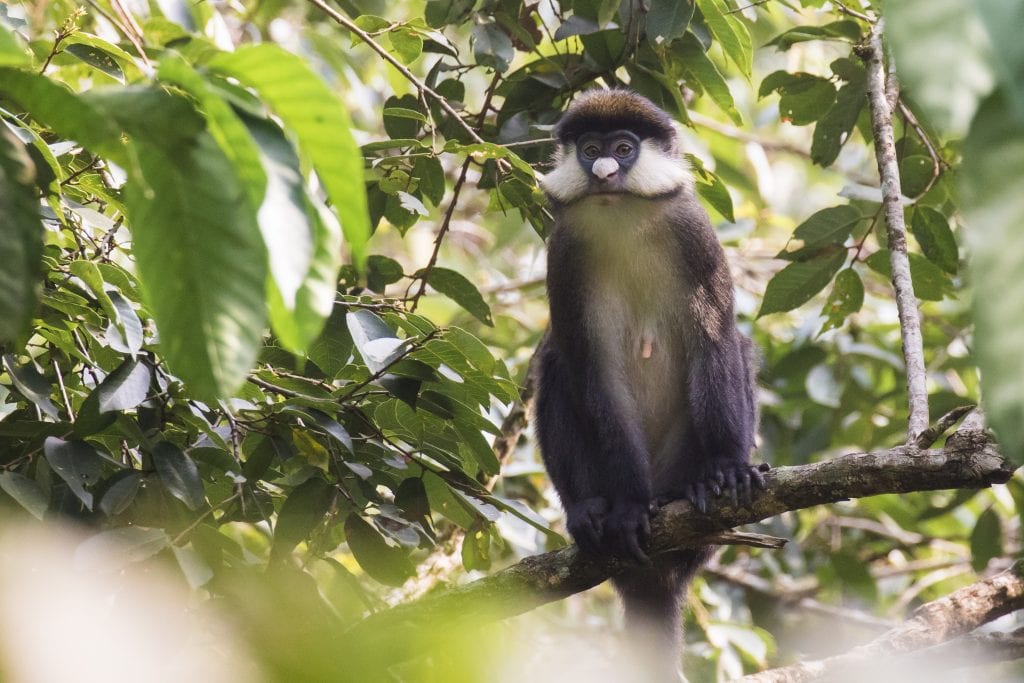 Though appropriately named for their slender, coppery red tails—which can be almost twice as long as their bodies—these smallish monkeys have several other delightfully distinctive physical traits, including bright blue faces punctuated by white heart-shaped nose spots, and stiff white cheek whiskers that resemble mutton-chop sideburns. Typically most active in the early morning, they can often be seen in troops of up to a dozen, either in trees feeding on leaves and buds, or on the ground where they forage for insects and fallen fruit. Their expandable cheek pouches allow them to store large caches of food, chipmunk-like, until they can eat it later (without fear of their troop-mates stealing it).
Where to Look for It: Maasai Mara National Reserve, Kenya 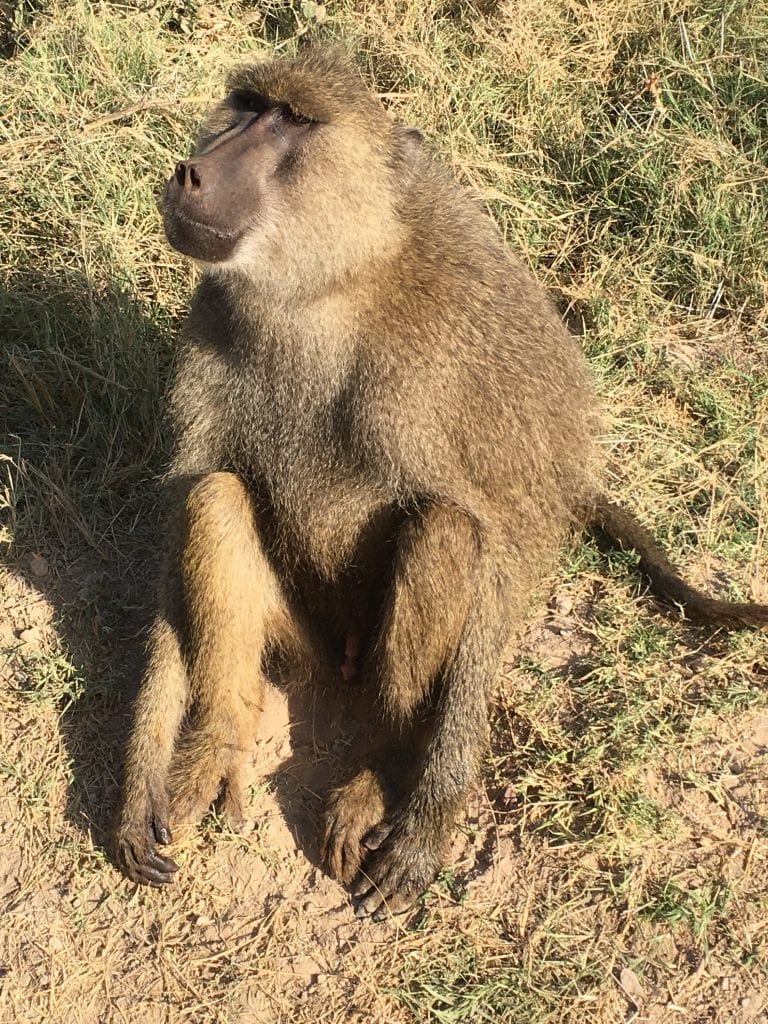 Of the five baboon species found in Africa, the Chacma is by far the largest (in fact, it is one of the biggest monkey species in the world, with males that can weigh up to 100 pounds). Though they are a common sight in game preserves—where they forage for grasses and roots on the savanna, and sometimes opportunistically approach safari vehicles or lodges in search of food—their behaviour can make for riveting observation. Baboon troops, which can include many dozens of monkeys, operate according to complex hierarchical relationships, which play out in aggressive displays of dominance between males, extensive grooming among females, and alloparenting—where young baboons are carried, cared for, and protected by multiple adults in the troop.
Where to Look for It: Kruger National Park, South Africa and Etosha National Park, Namibia 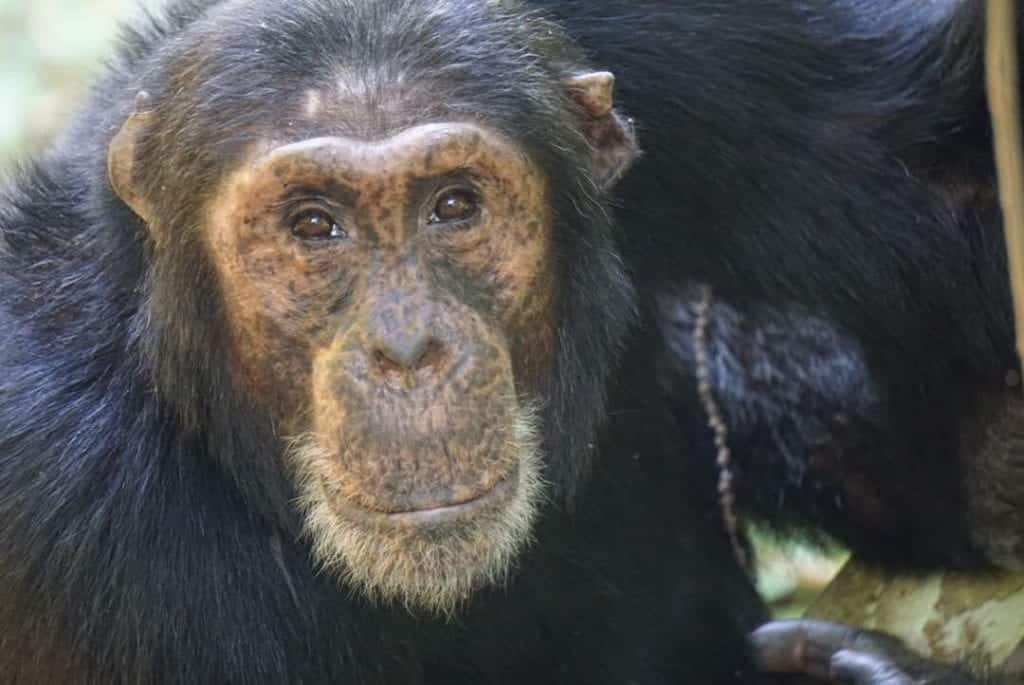 Getting a glimpse of our closest primate relatives isn’t customarily part of the safari experience. But if you’re willing to venture beyond the most popular game parks, to the western edge of Lake Tanganyika, you’ll have a chance. Here, the steep, thickly forested slopes of Mahale Mountains National Park house one of the only wild chimpanzee populations in East Africa. You’ll need to trek on foot in order to see them—and depending on where the chimps are, the trek might be arduous. But we’re sure you’ll agree that being able to watch while a group of these spectacular, endangered apes forages for food, grooms, and playfully romps is a worthy payoff.
Where to Look for It: Mahale Mountains National Park, Tanzania

To learn more about the primates—and hundreds of other creatures—you can see on safari, speak with one of Micato’s expert planners.

Up Next: Huru Pivots from Sanitary Pads to Face Masks