One morning too, too long ago, we were on safari in the Serengeti, sipping pre-dawn coffee on our tent’s veranda, savouring what the late and lamented Peter Beard called “a paradise caressed by light and air in their most special forms.” To the east, the sun was ready to pop up over a low range of hills, but it cast its rays directly at a mid-elevation cloud, and illuminated it so brightly that it was almost too fiercely glowing to look at directly. 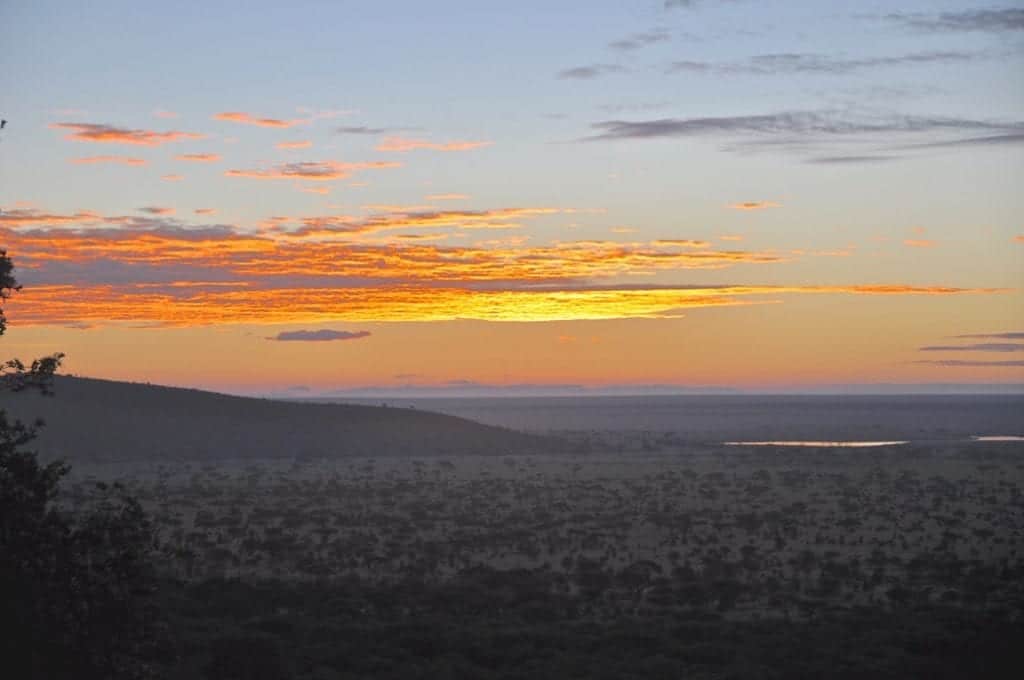 Africa’s skies, I once brashly wrote, “make Montana’s seem like Manhattan’s.” That was disrespectful of the Big Sky State, whose skies are indeed huge (and Manhattan’s skies can be serenely, symphonically undaunted by all the hubbub below). But.

There is truly something exceptional about the African sky. Clouds. 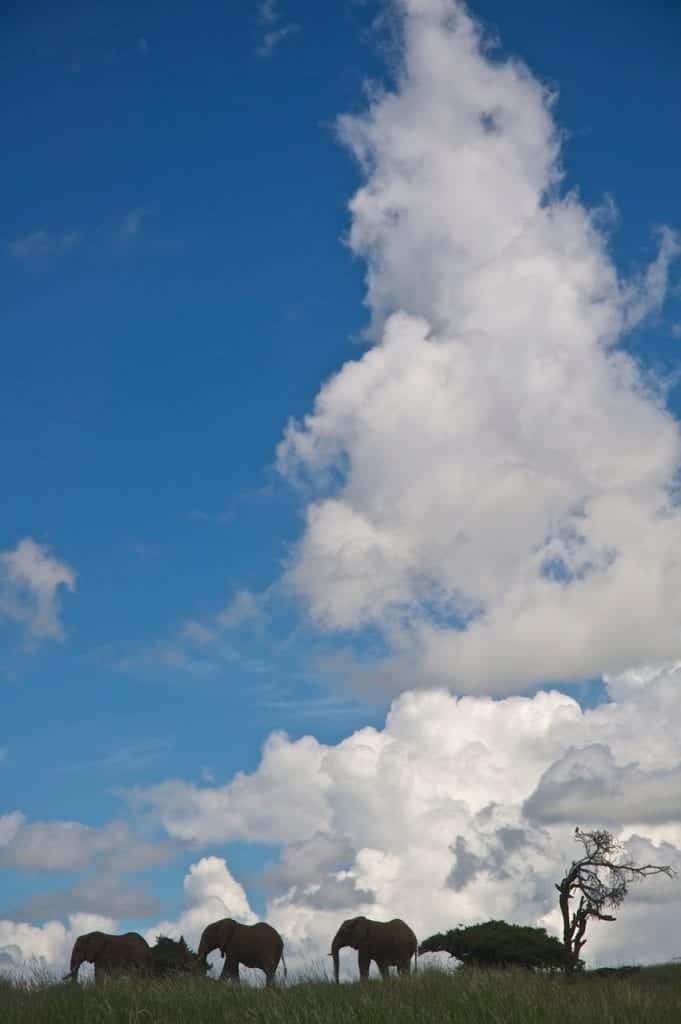 You’re on the savannah, a grand and marvellous place to be, and the sky is as blue and huge as it can get, and in the early hours you see clouds “banded with rose and lemon and the colour of flamingo wings,” as Elspeth Huxley wrote in her magnificent The Thorn Trees of Thika. And as the day warms, you watch as invisible masses of very stable heated air lift up and moisture is condensed (or whatever magic happens to conjure a cloud from previously thin air; I’m more a fan than a student), and before long you’re raptly witnessing “frothy mountain ranges of clouds piled one atop the other,” as Huxley wrote. Clouds that “looked like you could have scooped them up with a spoon.”

I think that if someone raised in a bunker in the almost always cloudless Atacama Desert were to be freed, and shown around the planet, the thing that would most surprise them would be clouds. “Are they always there, just like that?” “Are they going to fall on us?” “Can we visit them?” And if those frothy mountain ranges—sometimes they look higher than Everest and they can be—if they lasted for a week, plutocrats would privately jet around the world to see them, and if they lasted much longer, their soft ridges and canyons and great bulbous walls would be named, as we name features on mountains. 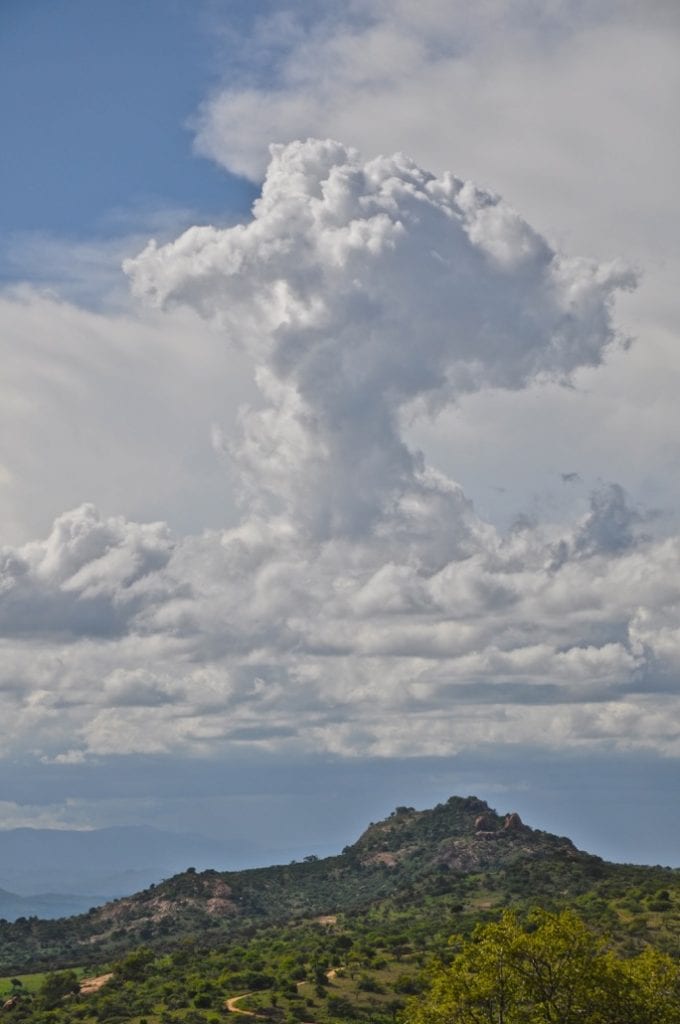 I’ve had the crazy luck to travel professionally for many decades, and I testify that no place I’ve ever been has such consistently dramatic clouds as East and Southern Africa. Not the Himalaya, not the South China Sea, not Montana, not the California Coast (which is my homeground), not anywhere.

“Clouds elide—glide across—the boundary between objectivity and subjectivity, between science and art, between fact and feeling” Sarah Dry once wrote. They also elide memory. However magnificent and massive and monumentally permanent they seem, their topologies constantly change, like abstract paintings that flow and morph before our eyes, and then they’re gone. And when they’re gone we have trouble remembering them, despite their gargantuan majesty and their wispy poignance. But they come again, each one unique in the history of the universe.

If you’ve borne with me this far, you might be wondering about another grand charm of the African sky: nighttime. Laurens van der Post, in his wonderful The Lost World of the Kalahari wrote about how “night silence in Africa always holds the far sea-sound of urgent stars.” And they do seem urgent, those African stars, beaming almost eternal messages across the cosmos, down through the clear African skies, so clear that our home galaxy “arches the heavens like a vast and incandescent plume of frozen smoke,” as my hero Ms. Huxley wrote. We recall moments in our youth when we looked up at a starry sky and began wondering. “In the soft velvet darkness of the tropics,” Elspeth wrote with typical lyricism and acute observation, “you walked as through a warm conservatory whose great dome was encrusted with all the diamonds in the world, and all the scents on the world were there too, changing like currents in the sea”

And one more quote, if you’ll indulge me. From the great Isak Dinesen, in Out of Africa. It encapsulates a feeling many of us who love Africa know: “The chief feature of the landscape, and of your life in it, was the air. Looking back on a sojourn in the African highlands, you are struck by the feeling of having lived for a time up in the air….You woke up in the morning and thought, Here I am, where I ought to be.” 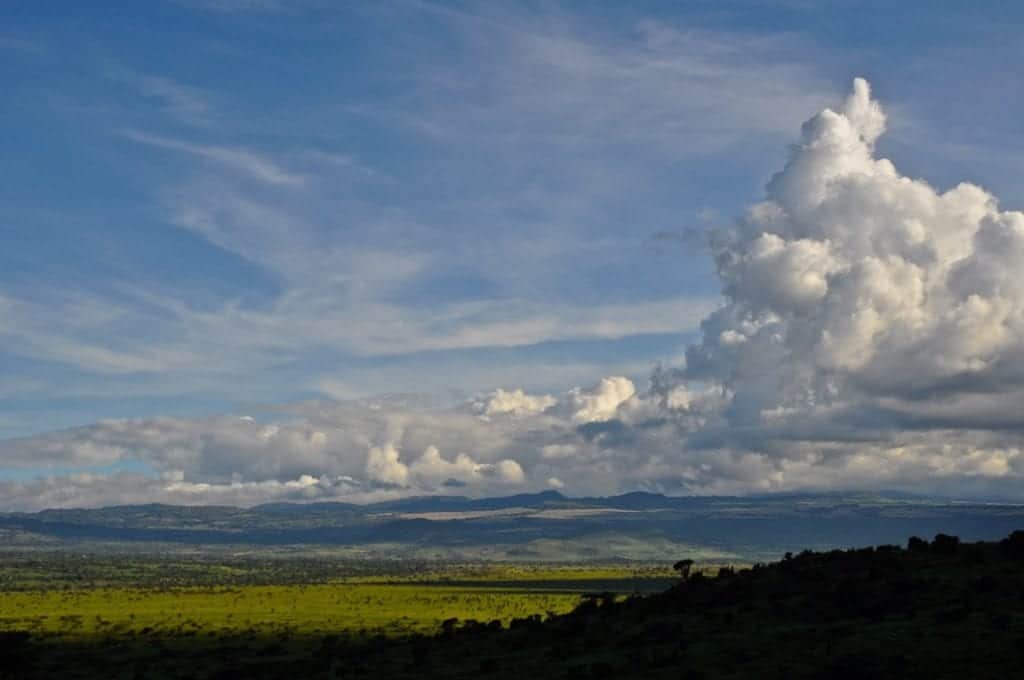 Up Next: Photography Tips for Night Game-Drives on Safari