Since I’m still awash with safari enthusiasm—and will be for a long time— Dennis Pinto asked me to write up my thoughts shortly after I returned from a recent Micato trip to Kenya. “Go ahead, be discursive, be frank,” he said.

And what follows is evidence that I’m taking him at his word.

So here’s an an update on conditions in the game lands and cities, a few tips, observations, and musings. A reflection of my conviction that if you’re ever dreamed of going on safari in Africa, this is a good time to bring those dreams into reality: The game lands are fresh and the animals unconcerned with the jumbled outside world. And I have to say that if you choose Micato you’re in for an especially merry, surprising, and altogether excellent experience.

I can’t claim to be objective, I must admit. I work for Micato. It’s what I hope will be the last chapter of my more than 35 years in the travel business. In the early ‘80s I was a co-founder of a little adventure travel company that became a relatively big and delightfully successful one. I wrote their—I must say, quite beautiful—brochures and newsletters, and every year led two or three treks or far-flung journeys, beginning in the Himalaya-Karakoram, Nepal, Tibet, Pakistan, then all over the planet. I was about ready to mothball my battered travel hat when Dennis and Joy Pinto graciously convinced me to join what Forbes calls “Rolls-Royce of the safari world.”

My wife Mary and I have been on a number of Micato safaris in the past decade—I like to think of them as business trips with massive dollops of fun—and this last one was the best of all, full stop. Our companions were my old adventure travel colleague Jim, now a heavyweight at the World Wildlife Fund, his wife Susan, an emergency room physician, their two great and grown kids, Will and Annie, all veterans of safari (though not with Micato), and Laurie, a lawyer from the Bay Area and her Floridian friend Scott, both of them eager first-timers to Africa.

We safaried in some of East Africa’s iconic spots: Amboseli (with stunning views of Africa’s apex, colossal Kilimanjaro), Meru National Park (you might remember Elsa, from Born Free; this was her homeland), the game-thronged Laikipia Plateau, and the justly famed Maasai Mara.

Jim and I know, from our combined almost 80 years in the industry, that the great majority of travel companies depend mightily on their subcontractors (who we used to call ground operators). Few have the resources or hard-won experience to create a robust, fine-tuned infrastructure. But African-born, Africa-bred Micato is its own ground operator. And when something comes up, we don’t have to wait for a return call from a subcontractor, or from the subcontractor’s subcontractor.

As Forbes magazine puts it: “In an industry built on subcontracting and lack of hands-on control, Micato is is the rare safari outfitter that has its own full-time, expert, and highly trained guides, local offices, including desks in the better hotels, a huge in-country support staff, and their own vehicles and drivers.” 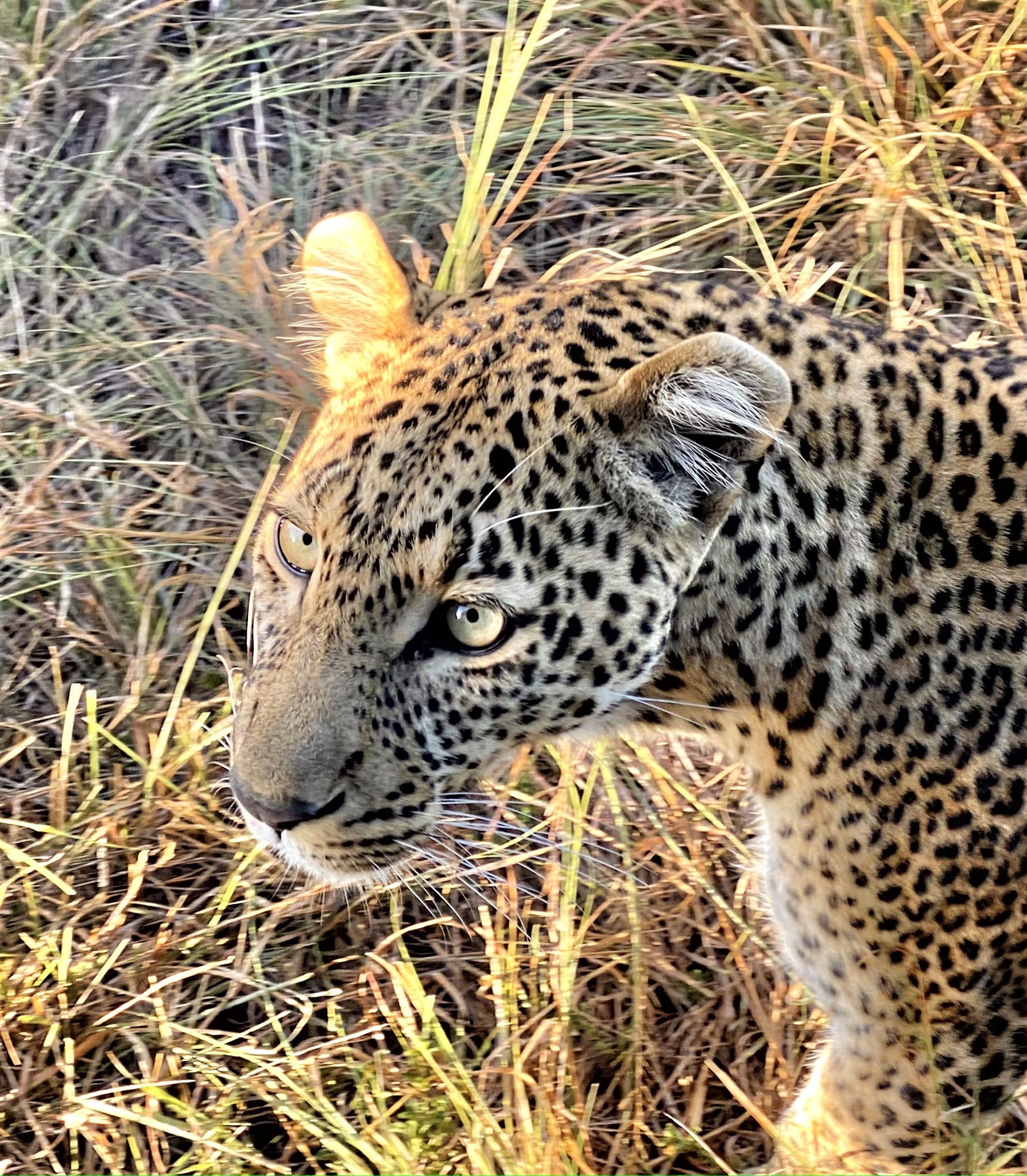 Jim and family’s flight from Frankfurt to Nairobi was delayed, they arrived at 3:30 in the morning, and their baggage didn’t appear on the carousel, but they were met by a very fresh and helpful Eve, our concierge, and the grandly competent Johnson, our Safari Director, who would be with us every step of the safari way. A well-polished, nicely provisioned Micato vehicle whisked our rather bedraggled trip mates to our Nairobi hotel, handed each one a lost luggage kit with all the essentials, and were shown directly to their rooms without having to hassle with check-in—a Micato speciality. The next morning Eve and Johnson were on hand to take us on a jaunt to the Sheldrick Wildlife Trust’s deeply moving elephant orphanage; they looked like they’d had a week, rather than a couple of hours rest. Meanwhile the Micato office was pursuing and delivering their lost luggage to their rooms at our first camp in Amboseli.

I’m used to it, but Jim, who can be professionally exacting about such things, had rare praise for the seamless and proactive service on our trip: “The Micato team’s boundless energy and commitment to excellent service was extraordinary throughout our trip – unlike anything I’ve ever experienced in my four decades in the travel industry.” We all dittoed that. It’s the kind of 24-hour service and presence that prompted Travel + Leisure to say that “Micato treats its guests like well-loved, out-of-town relatives.”

And so: Micato’s great advantage over our worthy competitors is our 56-year tradition and bedrock policy of friendly, non-stop, problem-solving, safari-enhancing service. It’s a bit blunt, but I think of it as service without servility. Dignity and gentle humor, without a hint of I’d-rather-be -doing-just-about-anyting-but-this vibe. One thing I’ve noticed since my first trip to Africa in the mid-80s is that the smothering tide of colonialism is rapidly receding. The Africans I hope you get to meet are more confident and at ease than ever before. They’re happy to see us and their capacity for daily joy is a balm. Micato, family-owned and operated, doesn’t deal with employers who treat their workers poorly. Our founders Felix and Jane Pinto won’t stand for it. There’s a Micato saying: “People come to Africa to see the animals. They leave in love with the people.”

As an old trip leader, I enjoyed watching Johnson and Eve as they worked in their home country, interacting familiarly with lodge and hotel managers and staff, with airline workers, with restaurant operators, with all of whom they’ve forged strong personal and business relationships. (It’s only my opinion, but, based on my years of travel, and my experience at home in the US, nowhere I’ve been have the rigid lines of hierarchy and status seemed so relaxed. Amity is a social imperative in Africa.)

We Felt Safer on Safari Than We Do At Home

We were dazzled by the straightforward friendliness and politeness of our Micato drivers, of the guy who asks very nicely if he can take your temperature before you have a meal at one of Nairobi’s surprisingly great restaurants…of everyone we encountered. (I say surprisingly only because many of us have a picture of East and Southern Africa that doesn’t match its modern reality. Africa, like the rest of the world, has daunting problems, but I think that if you decide to join us on safari, you’ll be impressed by its modernity and verve—and perhaps be a little envious of its M-Pesa mobile phone payment system, which is nearly universal, even in the poorest areas.)

Not that you’ll be reaching into your wallet for your old-fashioned credit card very often, or fumbling with unfamiliar currency. I’ll get to Micato’s no-tipping necessary policy in a moment, but first let me talk a little about that fellow who asks to take your temperature and shows you where to find the hand sanitizer. First, as you probably know, East and Southern Africa have fared far better throughout the pandemic than the US and Europe. In the New York Times daily Coronavirus World Map tracker in late January, the US was 34th in the world, with 209 cases per 100,000 population. South Africa was 119th, and Kenya was 157th in the world.

Overall during the pandemic, the US is in the top 10 countries in total cases per 100,000. South Africa is 19th, and Kenya is 89th. We had to jump through various hoops, getting our documents in order, mastering the websites and pdfs and all that, but Micato helped us before we embarked, and filled out the forms for our PCR tests (which we took privately in our Nairobi hotel, a genteel touch) and made the whole process as easy as possible. National and Micato Covid protocols in the cities and in the game lands are strictly adhered to. As Dennis said at the apex of the pandemic, “Do you think I would let my parents stay at home in Nairobi if I thought they were in danger?” Mid-safari, I asked Johnson if I could take a picture of him without his mask. “Oh, no,” he laughed, “strict policy. Masks on all the time.” And at our last dinner together, all eight of us agreed that we felt safer on safari than we do at home. 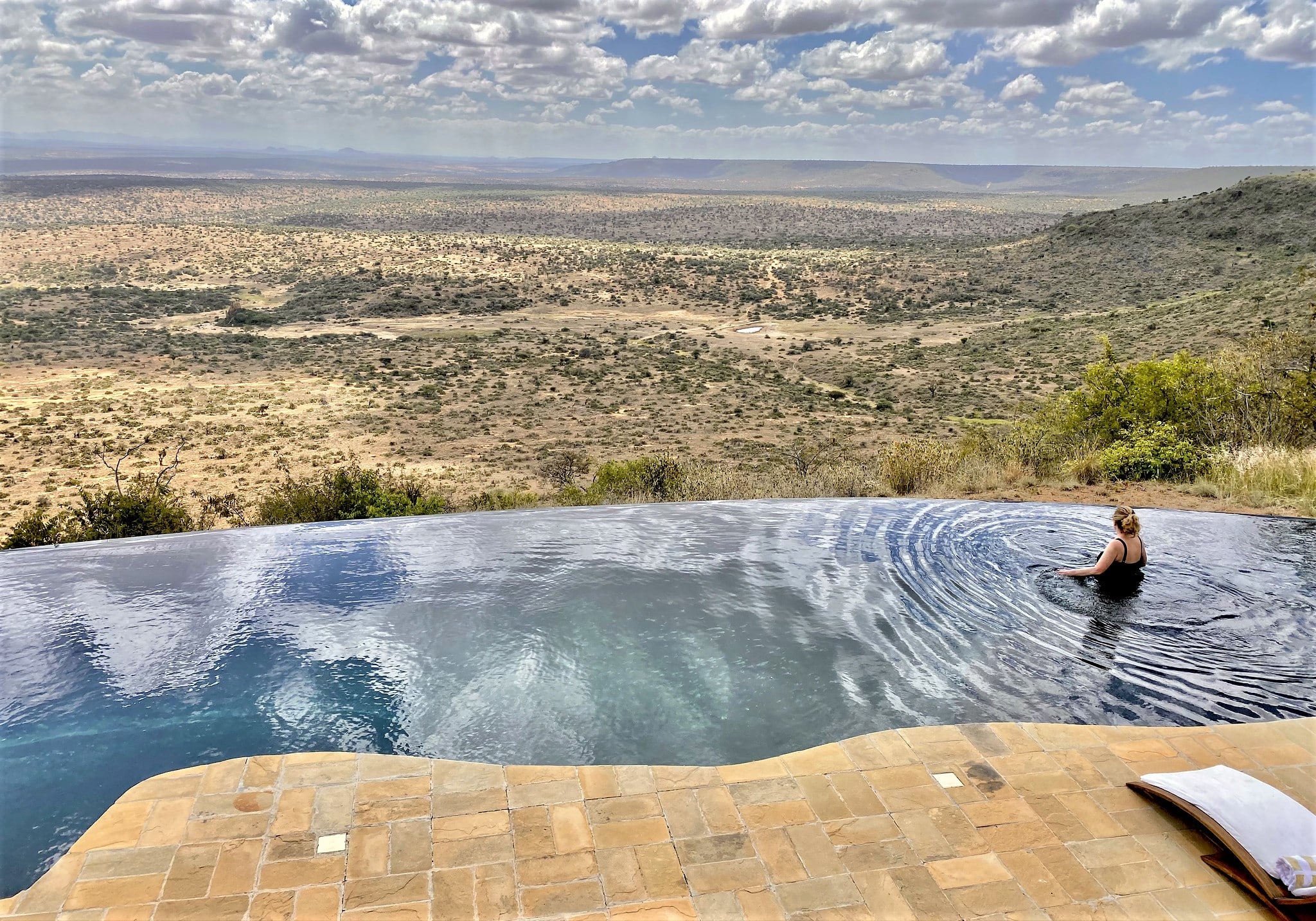 Now about Micato’s everywhere, all the time, no-tipping policy. At first it can be disconcerting, so used we are to tipping the guy who brings our bags to our rooms, to drivers and waiters, even to the ever-helpful Concierge or the Safari Director who has become a boon travel mate. But remember what I said about Felix and Jane, who 56 years ago set Micato’s moral tone. Your Safari Director will make sure that ample tips will be given every time one is called for. We want hotel, lodge, and camp staffs to see Micato as a bringer of good and generous guests. So don’t worry: Micato will have you covered.

I said way up there at the beginning of this letter that I was confident that a Micato safari would be merry, surprising, and thoroughly excellent. Merry because of Africa’s people and safari’s freedom from care, because of the fresh faces of the kids at Micato-AmericaShare’s Harambee Centre in Nairobi, or the Red Hill Library and Community Centre near Cape Town, oases of calm and purpose. Excellent because that’s the Micato pledge and reality.

Surprising because of the safari surprises I’m embargoed from revealing. But scintillatingly surprising because of the animals. I’ve roamed the American West for many years, and I always thought I was lucky to see a couple of large mammals in a single day. A grizzly, maybe, way in the distance. A herd of moose wading in a lake. But it’s common to see three or four, maybe five big beasts—lions, elephants, Cape Buffalo, massive giraffes, cheetahs or leopards, perhaps—on a 20-minute drive from the airstrip to a new camp. The sheer abundance of fascinating animals is astounding. And we realize that we only thought we knew them. They were in our crib, in our books, on television, in the movies, but when we see them in their homeland, going about their lives freely as they’ve done for millennia, when we study them up close, really take a fresh look at them, we sometimes wonder if we’re on some newly discovered planet.

Well, I said at the top that I was awash with enthusiasm. And I think I’ve taken Dennis’ admonition to be expansive to its limit. So thanks for following me so far. I’ll close with a quote we often use, because it’s so wonderfully true. It comes from Isak Dinesen, a great writer and an unabashed enthusiast: “There is something about safari life that makes you forget all your sorrows and feel as if you had drunk half a bottle of champagne — bubbling over with heartfelt gratitude for being alive.”

Very best wishes, and may all your safaris everywhere be delightful,

Up Next: Micato's Liz Wheeler Among Best Safari Planners