The names alone are magic: The Serengeti. Ngorongoro Crater. The Maasai Mara. We’re reminded that when we travel, we visit names as well as places—names with romantic heft, names that resound, names that may have captivated us for many years. Names like Ngorongoro. (Then again, if we’d never heard that sonorous name, and we made the exhilarating drive up the flank of the old volcano and reached its rim and suddenly beheld the green and animal-thronged crater far below, Ngorongoro would be just as utterly amazing.)

In less than two weeks, The Heart of Kenya and Tanzania introduces us—or re-introduces us—to places with famous names, but most of all, it brings us to fantastic places, fantastic in the sense that their like is to be found exactly nowhere else on earth.

“All our lives we’ve seen these animals in captivity or on a screen. Now we see them in wilderness, propelled by the force of their evolution; at last they’re able to tell us what they are, who they are.”Mary Marenko PoxonIn a letter to her sister

Our Micato adventure begins as we board our flight.

After arrival at Jomo Kenyatta Airport, we’ll be met by our Safari Director and driven to the classic Fairmont Norfolk Hotel or the elegant and contemporary Kempinski Villa Rosa. We’ll meet sassy pachyderms at the Daphne Sheldrick elephant orphanage, consort with the world’s tallest terrestrial animal at the Giraffe Centre, make a pilgrimage to the home of Karen Blixen—aka Isak Dinesen, one of Africa’s supreme laureates—and have lunch at Lavington, home of Micato’s founders, Felix and Jane Pinto (be sure to ask about Jane’s adventures in the world of international table tennis).

Tarangire is an apt place to begin a wildlife safari. Home to just about all the headliner beasts, including a large and robust elephant population, Tarangire also shelters such rarities as the fringe-eared oryx and the long-necked gerenuk, a particularly winsome and creatively constructed antelope. Tarangire charms us with its exemplary African landscapes: acacia trees, brawny brown hills, sweeping vistas, clear nights of “soft velvet,” as Elspeth Huxley wrote. “[Like] a warm conservancy whose great dome was encrusted with all the diamonds in the world, and all the scents in the world were there too, changing like currents in the sea.”

We drive from Tarangire up into the green Crater Highlands, weaving our way to our lodge, the Ngorongoro Sopa, perched at well over 7,000 feet on the rim of the fabled Ngorongoro Crater.

As geologic masterpieces go, Ngorongoro has had quite a career. It’s been a gigantic peak, perhaps a rival of Kilimanjaro, and, after it blew its snowy top in what must have been a rather impressive explosion (our forefathers over at the nearby Olduvai Gorge, busy getting their humanoid act together, probably saw it), Ngorongoro spent many millennia as an alternately quiet and occasionally bubbling lava lake. Now in an extended pacific mood, the crater is home to upwards of 25,000 personality-rich animals, who roam—as we will—over a sweetly lush area larger than 76 Central Parks.

Days 7 & 8 Game viewing and sundowners in the Serengeti

After stopping at Olduvai, the symbolic wellspring of our DNA, we drop down to the Serengeti, the known universe’s largest (and, happily for us, most wonderfully watchable) collection of illustrious mammals: elephants, giraffes, tumbling pool-fulls of hippos, elegantly slinking serval cats, zebras with incredibly muscular haunches (leading us to wonder why they were never ridden— very weak backs, that’s why), and scores of species more, all of them going about their business unconcerned by the likes of us. (“But make no mistake,” an old Africa hand once wrote, “these aren’t theme parks. The truest owners of these lands are the animals who roam them free and, if that’s their nature, fiercely.”)

We’ll soak up the essence of the Serengeti from the Sopa Lodge, set on an escarpment overlooking the seemingly limitless plains, enjoying a sundowner after a game drive, watching clouds build up as the day cools, big clouds that “look like you could scoop them up with a spoon,” Elspeth Huxley wrote.

We fly back to Kilimanjaro International, then to Nairobi, and on to the Kenyan section of the Serengeti– Maasai Mara ecosystem, a world treasure, one with no counterpart, anywhere. (During humanity’s tenure, the closest any place on earth has come to equaling the Serengeti’s incredible wealth of wildlife may be paleolithic Siberia, with the ancient North American Plains another contender.) The size of Vermont (with Liechtenstein thrown in for good measure), the Serengeti-Maasai Mara ecosystem is, amongst much else, famed for the dramatic migration of its 1,000,000-plus wildebeest and 750,000-or-so zebras (and the intense attention that migration gets from predators, both mammalian and reptilian). Though the migration reaches seasonal crescendos, the movement of animals—north after the Long Rains, south as the rains return to nourish the southern plains— is more or less continual, and the sight of a two or three-mile-long train of animals on the move is extremely memorable.

Up here in the system’s north, the landscapes are grandly varied but tend to be more green (which is why the migration heads up here, in search of water), with somewhat less savannah than in the south. We’ll be staying in a characteristically attractive tented camp, either Kichwa Tembo or Fairmont Mara Safari Club, both of which take advantage of the Mara’s scenic mix. Kichwa is set in riverine forest on the banks of the Sabaringo River, and the Mara River nearly wraps around the Mara Safari Club. Both camps offer balloon excursions; wafting over the Mara in the piercingly fresh and golden morning, floating over elephants and hippos, feeling a mild and worthy intoxication-by-grandeur, is one of those things that, having done, we wonder how on earth we ever contemplated not doing.

We fly back to Nairobi in the morning for some relaxation and maybe a swim or a nice lunch on the Lord Delamere Terrace at the Norfolk or possibly the Four Points by Sheraton at the Nairobi Airport, and perhaps a visit to the Micato AmericaShare Harambee Centre, a guaranteed spirit-lifter before our late evening flights. 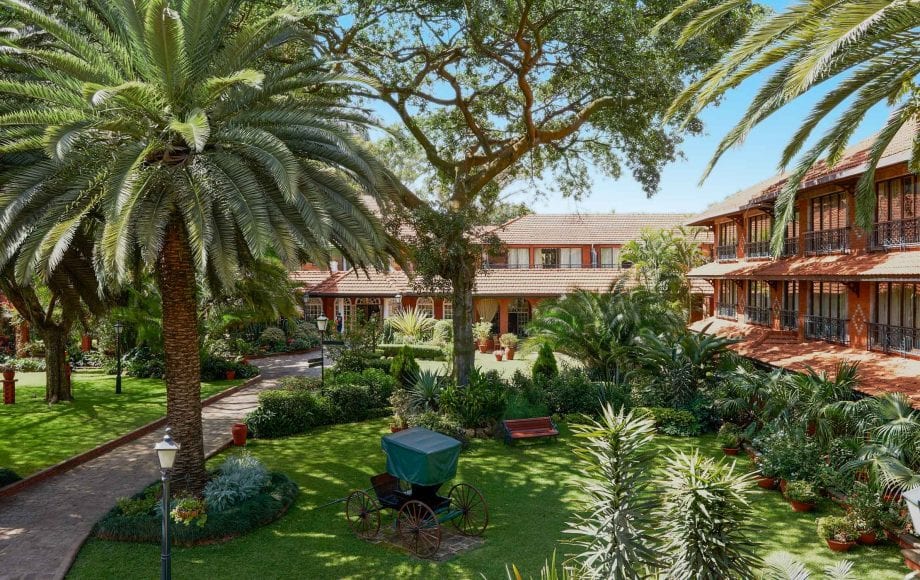 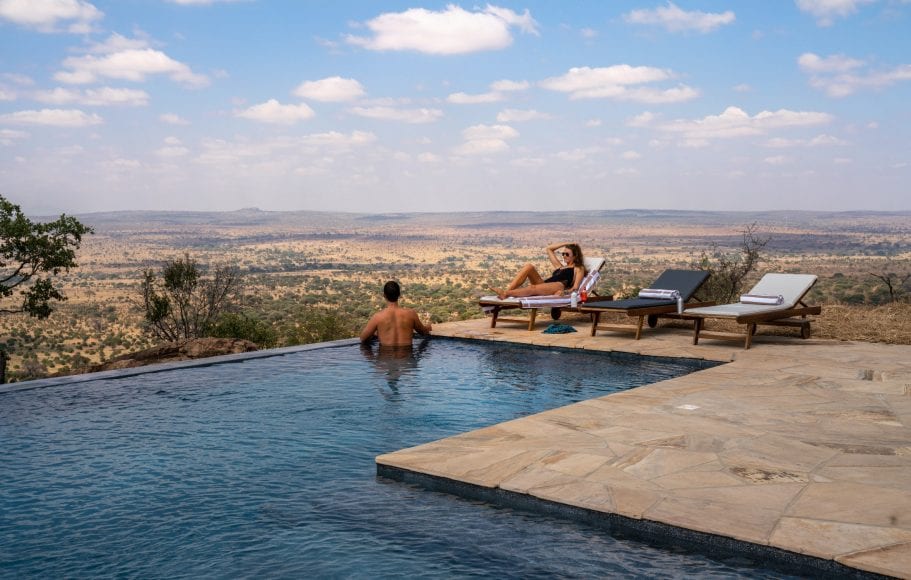 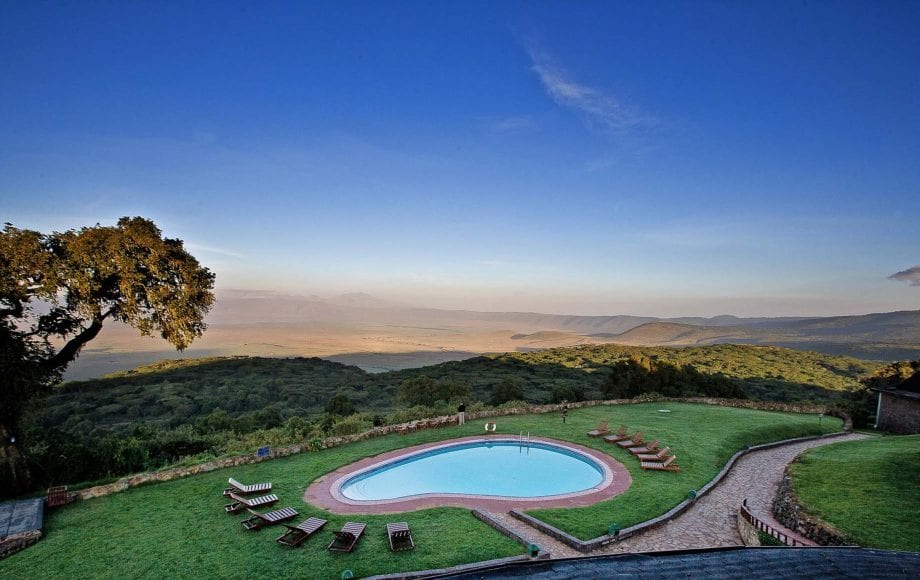 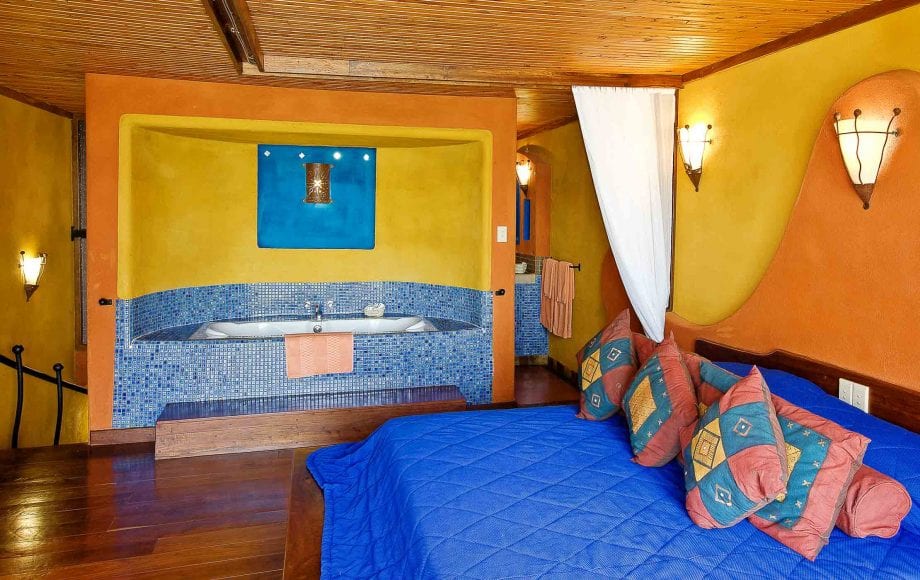 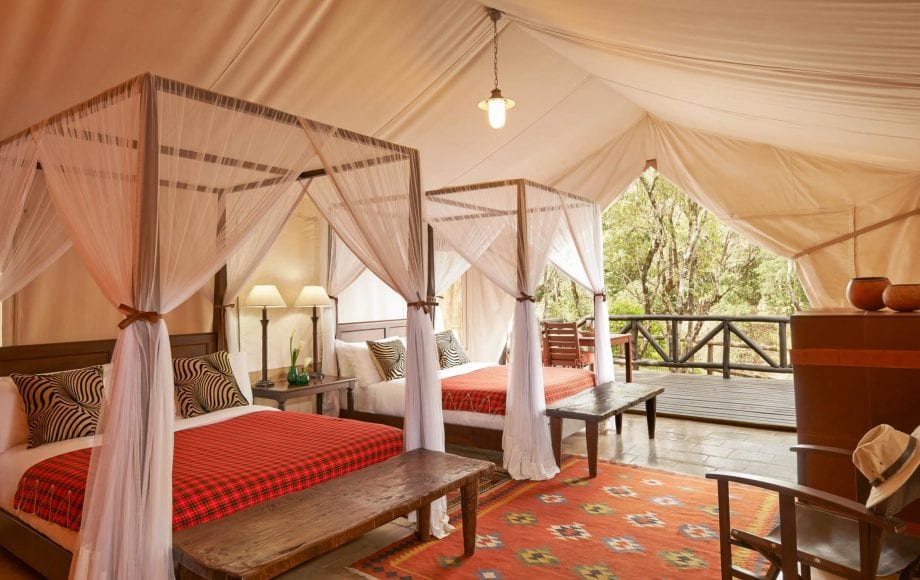 Maasai Mara Game Reserve, Kenya
Each exquisite tent has a private veranda with a spectacular view of the hippo-filled Mara River and the gentle chortling of the hippo pods soothes us to sleep each night.
Learn More
Ask a Question 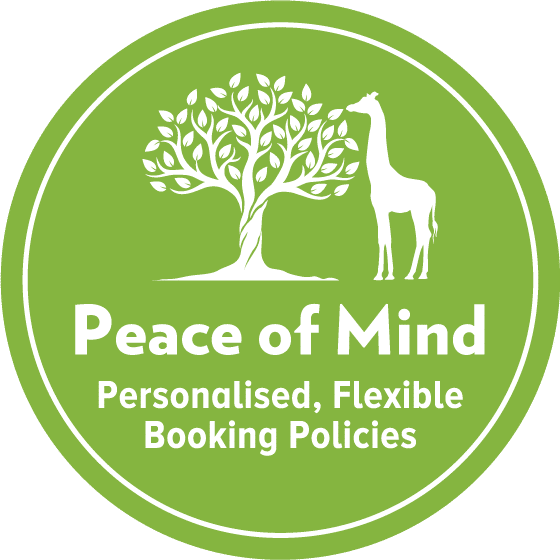 For Micato, treating you like family means you need to have a seamless, worry-free experience from the moment you call us.That’s why we’re making the very first step of your Micato journey super seamless and super easy:Right now, you can reserve a 2021 or 2022 Micato safari with only a $500 deposit. 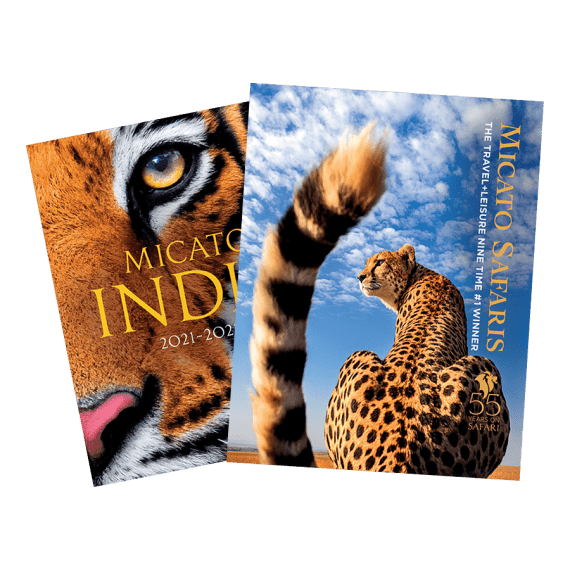 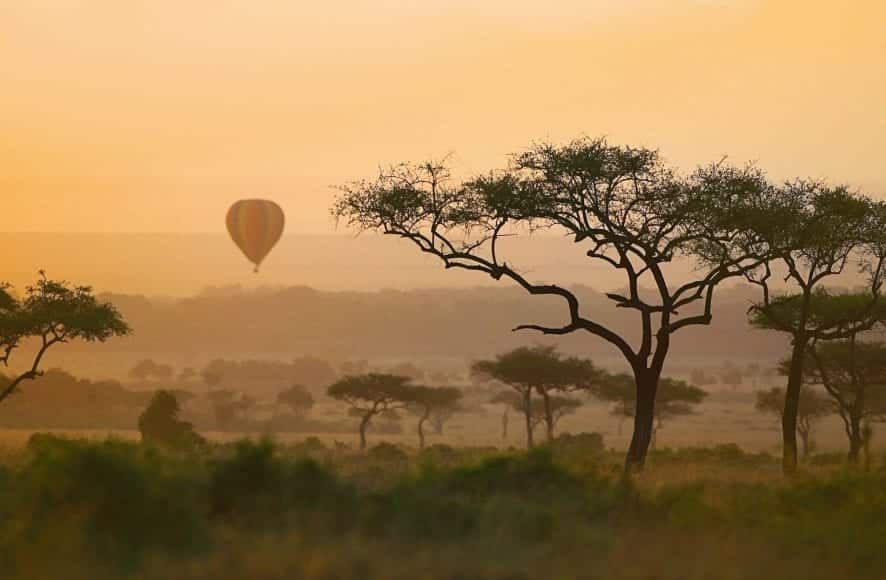 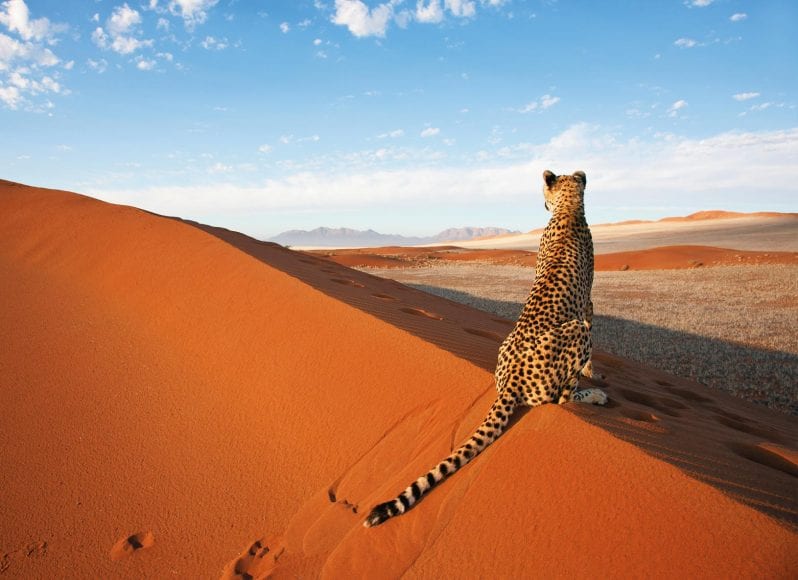 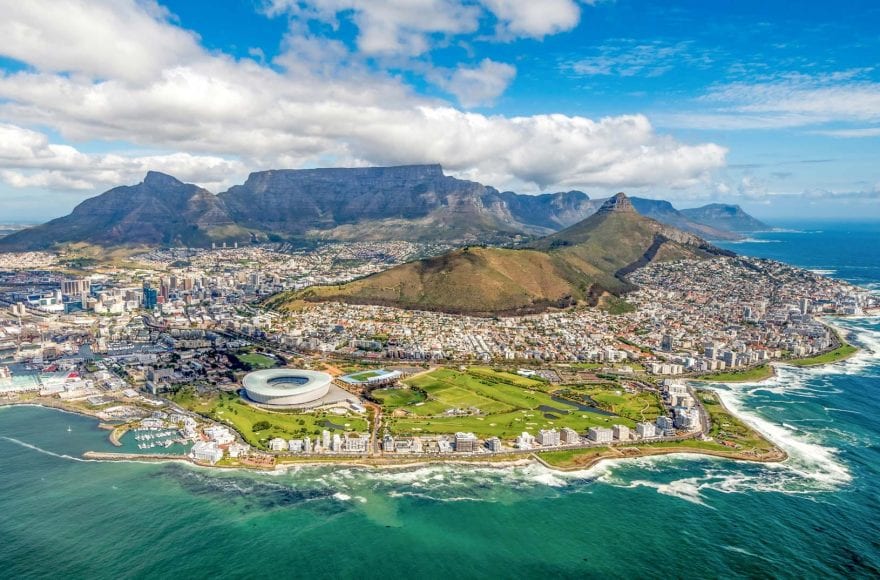 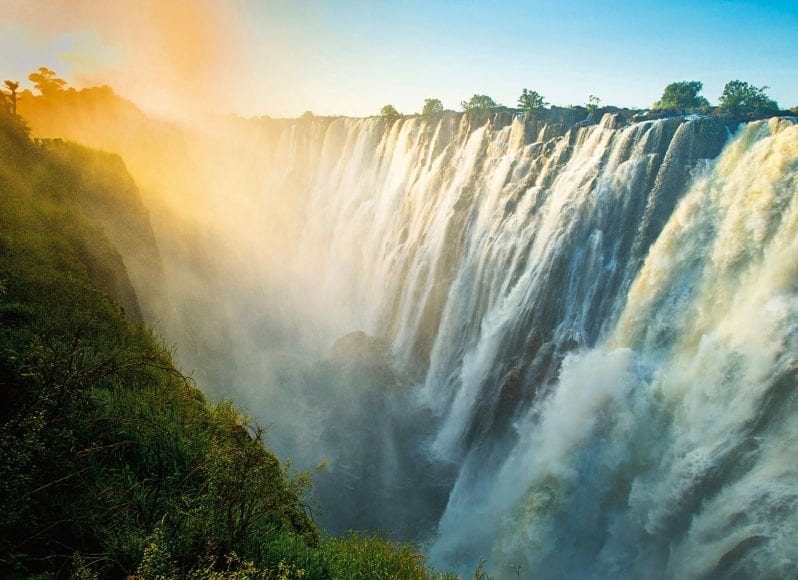 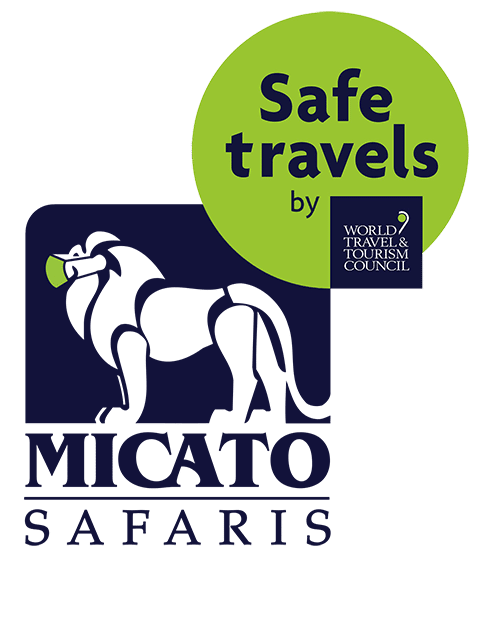 Reserve a Luxury Safari Today
With Only a $500 Deposit