No matter if you’ve been on safari numerous times or you’re just getting ready to embark on your first journey, the mind often wanders to scenes of gorgeous plains, fascinating animals, and once in a lifetime adventures. Some of our favourite places in Africa, like national parks and game reserves, combine all three of these quintessential African features into one. As your local experts, allow us to guide you through some of our favourite national parks perfect for your luxury safari experience.

The Maasai Mara Game Reserves are an absolute “must-see” for any safari-goer travelling in Kenya and we often find the location on our guest’s life lists. The Mara contains a wide variety of birds and wildlife, and the Big Five reside here as well. You may even get the chance to experience the great wildebeest migration. The Maasai Mara is situated in the southern part of Kenya within the Great Rift Valley and gets its name from the indigenous people of Kenya, the Maasai tribe, and the Mara River that slices through the park. 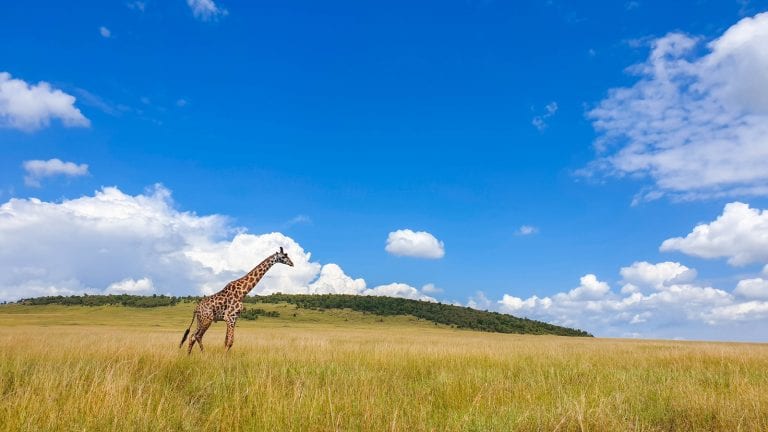 While here, you’ll have the opportunity to interact with Kenya’s famed Maasai people, whom we have a dear connection to, and encounter one of the richest concentrations of wildlife in all of Africa. While we mentioned the Big Five and the wildebeest migration, you’ll also get front and center with zebras, antelope, gnus, hyenas, warthogs, hartebeests, and many more. Birders are sure to get their fill too considering the Maasai Mara is home to over 400 bird species. You’ll be delighted to sit back and drink in the views of the open savannah and acacia trees, but may we also suggest a hot air balloon ride? The Mara is simply breathtaking and we heartily recommend it for anyone venturing to East Africa on safari.

Let’s start with Meru National Park. Situated on the northeastern slopes of Mount Kenya, this less frequented park is incredibly African. Famous for its fauna and natural beauty, Meru is a jack of all trades. It features swamps, rivers, mountains, and woodlands. Needless to say, the wildlife here is truly exquisite. You’ll spot your fair share of hippos, elephants, lions, leopards, cheetahs, herds of buffalo, giraffes, gazelle, and crocodiles. A lot of African staples call Meru their home, not to mention over 300 bird species. However, its biggest claim to fame is being home to Elsa the Lioness, the female lion raised with her sisters by game wardens George and Joy Adamson, who was made famous in the story Born Free.

Considered one of the most popular animal parks after the Maasai Mara Game Reserves, Amboseli National Park is located in Kenya at the foot of Mount Kilimanjaro. Amboseli, which was declared a national park in 1974, is world-renowned for its elephants and hosts what is likely Africa’s largest free-ranging population of the giants. Located within the park is The Amboseli National Trust for Elephants, who make it their mission to provide a secure future for these animals while learning everything they can about the biology of a “natural” elephant population. 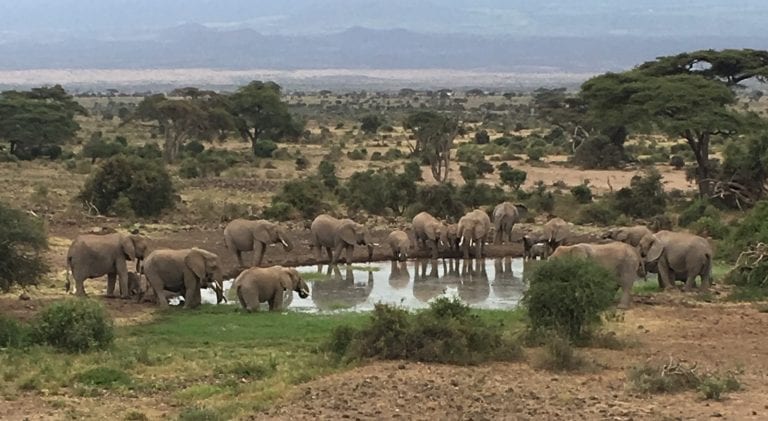 It’s not just elephants that favour Amboseli, either. This park is a natural wonderland that features five distinct habitats the likes of woodlands, savannahs, and sulfur-springed wetlands. Unsurprisingly, the wildlife here is fantastic. On game drives, you’ll spot antelope, hyenas, lions, giraffes, monkeys, and zebras. For birders looking forward to avian life around the park, you’ll be delighted to know Amboseli is home to roughly 600 species of bird. It’s one of the best places to soak in stellar mountain views coupled with copious amounts of wildlife sightings.

As its Maasai derived name suggests, “Serengeti” literally translates to “endless plains”. Located in north Tanzania and extending to southwestern Kenya, the Serengeti contains not only Serengeti National Park but also numerous other conservation areas and game reserves. Composed of woodlands and grasslands, the landscape is sprinkled with kopjes, or rock outcroppings, and acacia trees. Quite frankly, it looks precisely like what many visitors hope Africa looks like.

As you make your way about the park, you’ll come upon gazelles, blue wildebeests, zebras, buffalos, spotted hyenas, and lions. You have a very good chance of encountering the great wildebeest migration here too. But don’t fret, as it’s not only about the big mammals here. Serengeti National Park is also home to over 500 species of bird as well as agama lizards and rock hyraxes. While you’re here, you’ll certainly want to keep your head on a swivel as it is a true animal paradise. 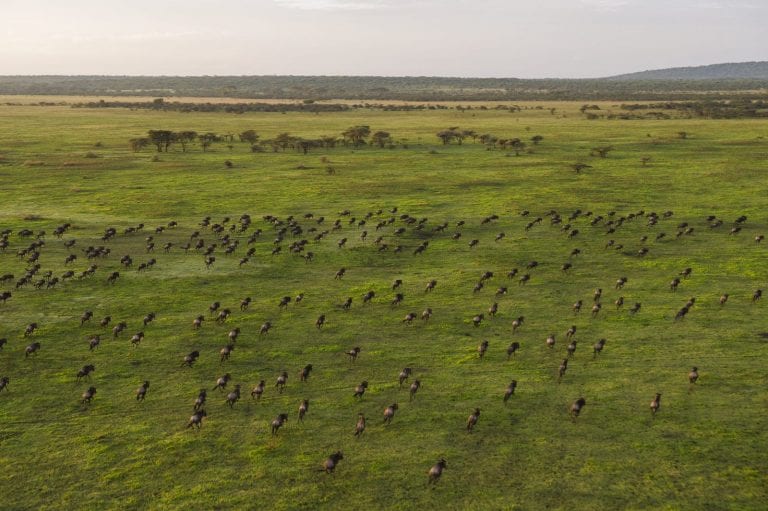 Lastly, we have the Samburu National Reserve. This rugged, semi-desert park is located within the Samburu district of Rift Valley Province in Kenya. This remote national park is naturally quiet and serene. However, don’t mistake quiet as uninhabited. Samburu is a bird haven and you’ll see a lot of game roaming about the grassland. While relatively small compared to the Maasai Mara, it packs a punch. This national reserve is also home to the Samburu people, who live a similar life to our beloved Maasai friends. In addition to being gracefully proud, they are also amazingly friendly people. Some of your fondest memories of the park will include interacting with the people here.

There are numerous rare species to be found here that are unique to the park itself. These rare species include the reticulated giraffe, the long-necked gerenuk, Grevy’s zebra, and the elusive Kenya leopard. Additionally, you can spot cheetahs, lions, elephants, buffalo, and hippos. Now, we did say this was a bird haven, right? As your safari director brings you about the reserve, you’ll have your chance to spot over 350 species of bird. Keep your eyes peeled for marabous, guinea fowl, kingfishers, Somali ostriches, and many more. We recommend Samburu National Reserve for those who want to revel in the quiet and feel as though they are getting in on one of Africa’s little secrets.

To bring this full circle, it doesn’t matter if you’ve been on safari three times or zero times; Africa has new surprises for you each and every time you visit. If you haven’t yet been to one or all of the four African national parks listed above, get in touch with one of our Safari Specialists. As East African connoisseurs, we’d love to show you around.

Up Next: Why You Should Visit Victoria Falls - And National Parks Along the Zambezi