Micato Journal: On Safari With Jack

Ever since my son Jack was born, I dreamed of taking him on safari.

His nursery was decorated in a safari theme and he wore his first safari outfit at four months old. It seemed like he would never be old enough for his first safari and as our family grew, the prospect for a family safari was getting further away instead of closer.

As a working mom, my time during the week with my children is very limited and like everyone else our weekends are filled with tennis lessons, play dates, birthday parties and baseball games. With elementary school drawing to a close and Jack moving toward his pre-teen years, I decided now was the time. My husband and daughter Annabella would need to muddle through winter break on their own.

Heading into this adventure, I was eager to experience a safari through the lens of a child and I was excited to show Jack Kenya, a place that I love dearly.

In fact, it was that and so much more. It was the ultimate mother – child bonding experience.

I must admit, I was a little nervous about what it would be like to spend 24 hours a day for almost two weeks with my son. We were on a private trip. Our Micato Safari Director, Peter accompanied us on game drives but he also gave us time to ourselves during most meals. What would we talk about? Jack loves to talk about video games for his Nintendo Switch and his desire for an Xbox One. How many times will I hear him say, “The Xbox One is the world’s most powerful gaming console?” I imagine the topic must have come up but looking back on our trip, I don’t remember a single conversation about the Xbox One.

My fondest memories are of Jack telling me how much he loves me and our whole family and thanking me for taking him on this trip. I remember sleeping under a blanket of stars in star bed and looking at the night sky – something we never see in New York City. I remember our experience in the Maasai village when the Maasai elder explained to Jack that life as a Maasai is not very complicated and Jack responded, “I see, life in Brooklyn is complicated. Choices don’t come without consequences. For example, we have a car and we need to deal with alternate side of the street parking rules.” 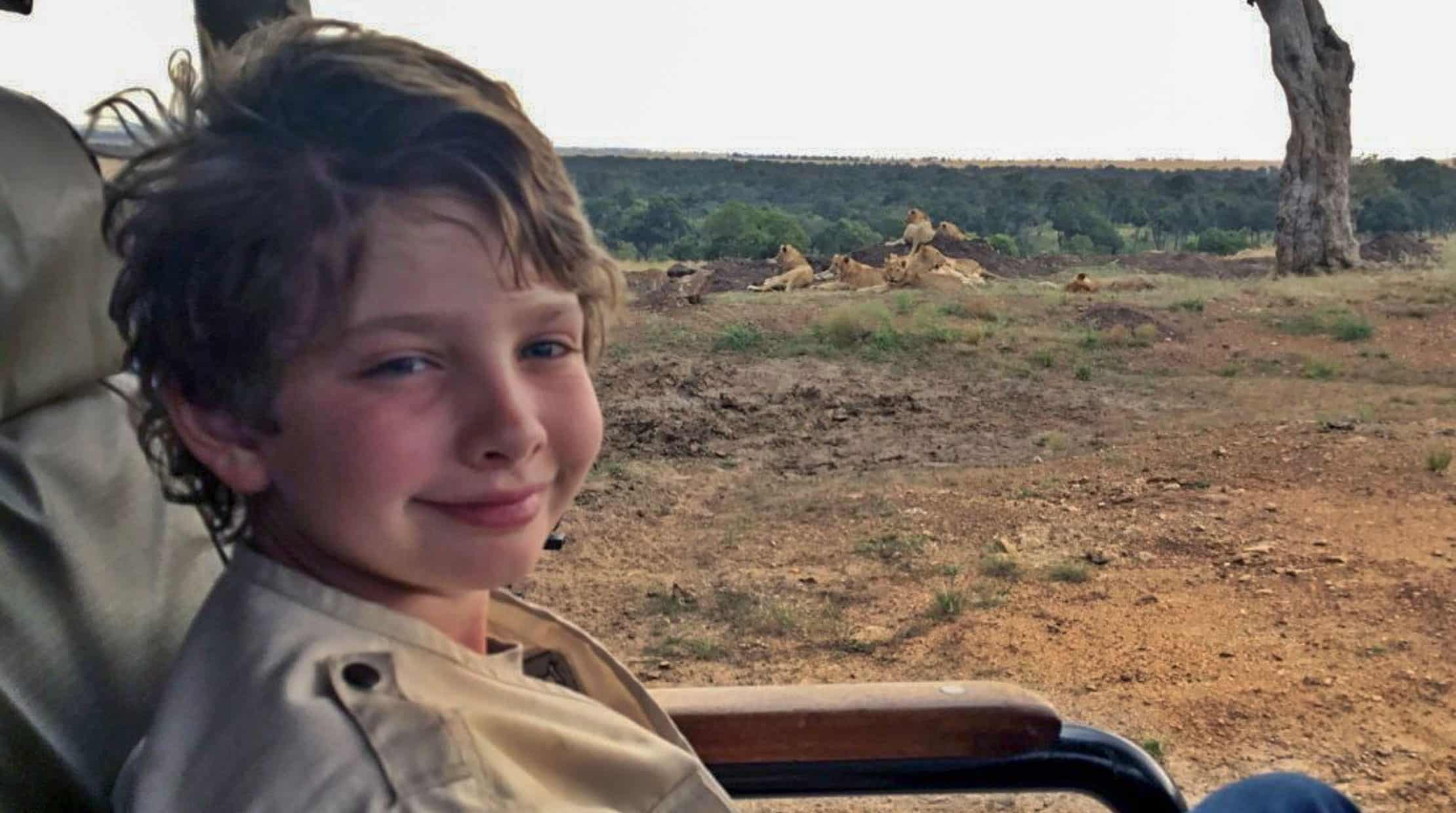 Safari changed how we communicated…

We chatted for hours about life in a nomadic village as compared to life in a big city. We discussed how the lives of the Maasai were changing and he was interested in visiting a nontraditional Maasai community. This was a local community where cattle were still a central part of their existence but they dressed in western wear and lived in permanent structures. He learned about their restaurants, visited their “French Fry stands” and saw the suitcases that every student packs their belongings in when they go to boarding school. Jack had endless questions and he couldn’t get enough stories from our Safari Director of life as a student in a Kenyan boarding school.

Rather than playing video games we rode camels, collected guinea fowl feathers and Jack even found impala horns, which had to remain behind.

Jack has always been a “people” person and was always a little “comme ci, comme ca” about animals, much to my dismay. I had hoped a safari would change that and boy, did I get my wish! The phrase, “you know the Xbox One is the world’s most powerful gaming console” was replaced by, “Mom, I love the animals so much. I don’t understand how anyone could hurt them. We have to help them.”

I was delightfully stunned at Jack’s excitement to see rhinos not once but three times and surprised that he was keenly aware sightings were rare, as rhinos had been nearing extinction. The look on his face watching a scuffle between lions and hyena over a warthog and then seeing the lions run off with the warthog’s head was priceless – you don’t get that from watching a video game!. I continue to see his love for animals grow as he receives updates on his caregiver of fostered elephant Mteto at the David Sheldrick Wildlife Trust. He even chose a summer camp at the Prospect Park Zoo where he will he will have more in-depth studies about baboons over computer coding camp! 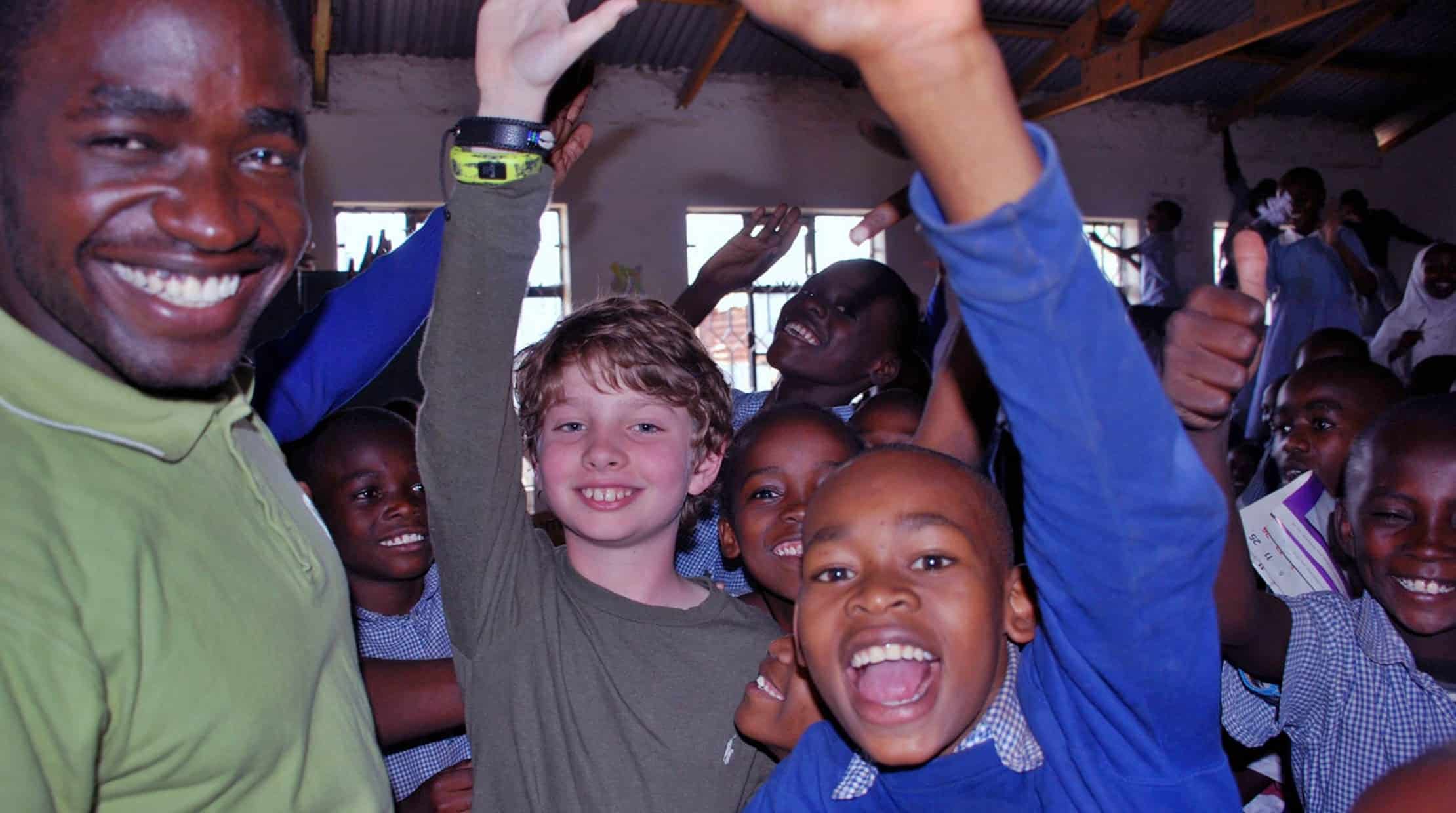 …and AmericaShare changed even more

While Jack absolutely gained a new love and appreciation for wildlife, nothing compared to the thrill of visiting the Micato-AmericaShare Harambee Center.

I had been preparing Jack for the level of poverty he would witness driving through Mukuru and he was a bit apprehensive about the visit. When I told Jack that it was OK to wave at the people, his apprehension disappeared as his waves were returned with bright smiles. Visiting the library and seeing the collection of Harry Potter books was a great comfort as he realized that the kids in Kenya had similar interests to him.

However, the high point of the visit was the time spent at the Kwajana Primary School. Many students at the Kwajana school are attending because of Micato’s One for One Commitment, which is the program that sends a child to school in honor of every guest. To say Jack was welcomed with open arms would be an understatement.

As a mom, I felt like I was watching a group of teenage girls surrounding one of the Beatles in the 1960s. Jack was practicing his Swahli asking everyone how they are doing and fielding questions ranging from the United States President to explaining that he gets to school by traveling on an underground train. The children debated whose class Jack would visit. Eventually, a class of 90 students was selected. He was greeted with high fives, paper flowers and literally children swinging from the rafters trying to get close and get a photo with him.

As we drove away from the school through the streets of Mukuru, children ran after our vehicle as Jack waved and shouted “Jambo!” and “Be Safe Kids, careful in the street!” The children followed for at least half a mile. Jack was stunned and overwhelmed by the outpouring of friendship that he felt from the local children. It truly was one of the greatest experiences of his life. Every few days Jack says, “I miss the kids in Mukuru.”

As we pulled out onto the main road, I began to reflect on the fact that our journey was coming to an end. By the time we arrived at the airport later in the evening, I couldn’t hold back the tears. I was completely conflicted. I was sad to say goodbye to Peter, our Safari Director and the whole Micato Team. Tears of happiness flowed as our luxury African safari exceeded my expectations for my son.

Perhaps most of all I felt melancholy as this perfect slice of bonding and alone time with my son was drawing to a rapid close and will likely never be recreated. My master plan was to take my daughter on safari when she turns 10 but I’m quite certain Jack will not stand for anyone going to Kenya without him. 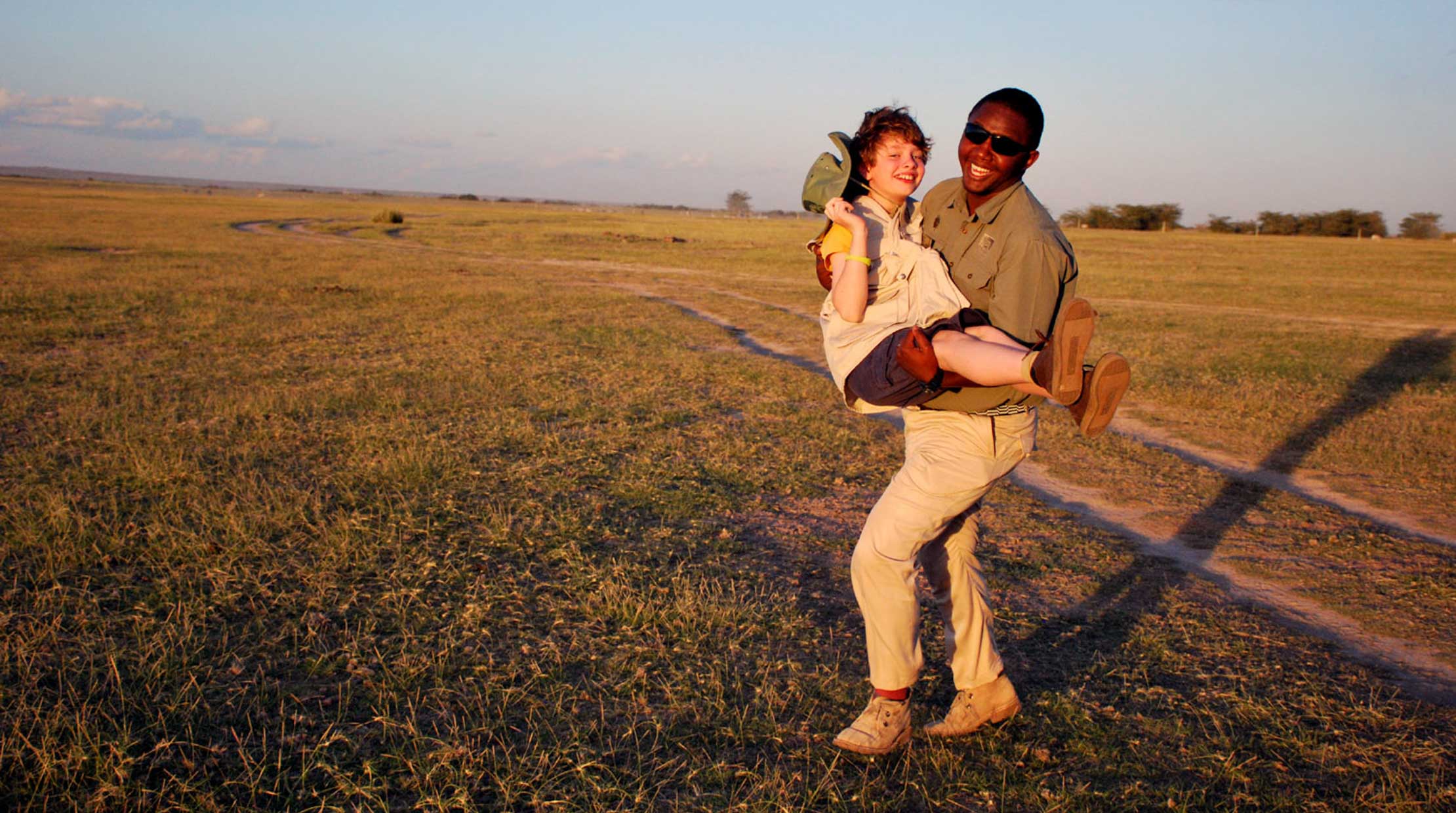 Plan your own trip to Kenya!

Up Next: A Stranger’s Kindness in Micato’s India