It’s hard to overstate the colossal majesty of a full-grown savannah elephant. The largest land animal on earth, it has inspired legend, worship, reverence, and fear across numerous civilizations for thousands of years. Some of the oldest San rock paintings in Africa depict elephants (and what appear to be humans’ attempts to metamorphose into them); in ancient classical literature, authors often described them alongside magical beasts like unicorns and dragons.

While there’s no adequate way to prepare you for your first, or fifty-first, wild elephant encounter—you’ll just have to trust us, it’s astounding—we can at least whet your appetite for the experience. Here, then, are just a few qualities that make these enormous creatures so extraordinary. 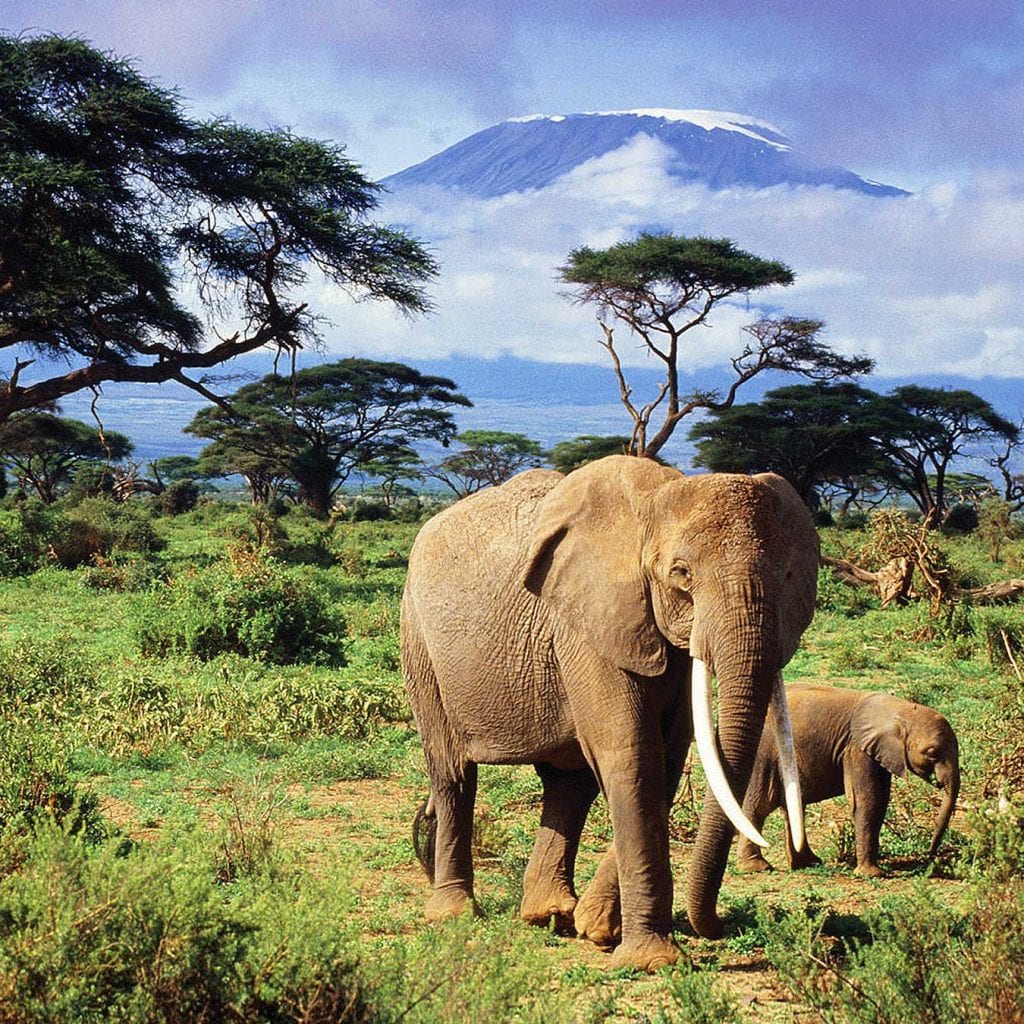 With their awe-inspiring bulk (adult savannah elephants weigh up to seven tons and can stand 12 to 13 feet tall at the shoulder), otherworldly strength (using their prehensile trunks, they can easily uproot entire trees and lift as much as 700 pounds), and outlandish appearance (including tusks up to seven feet long and flapping ears the size of boat sails), it’s easy see why elephants’ physical presence evokes wonder. Equally awe-inspiring are some of their less-obvious bodily skills, like their ability to “hear” the movements of other elephants miles away by detecting ground vibrations with their feet; and a fine-tuned dexterity that lets them pluck a single berry from the ground.

Elephants’ intelligence and sensitivity, however, may well be their most formidable traits. Stories of the animals’ cleverness and sharp memories have abounded for centuries. But only in recent years have scientists been able to collect proof that elephants’ problem-solving and tool-using skills equal those of other brainy species like chimpanzees and dolphins. Elephants also have a highly evolved sense of both self-perception—they are one of the only species that can recognize themselves in a mirror—and empathy. Researchers have documented elephants comforting one another when they are distressed, assisting one another when they are injured, and grieving after the loss of a herd member. Some elephant families have even been witnessed revisiting the bones of deceased loved ones years after their death.

Elephants live in multigenerational herds, each led by a matriarch—typically the oldest, largest female—and including as many as 70 other females and their young. The herds function as close-knit extended families; members travel together, eat together, and tirelessly work together to protect and care for one another’s calves in a behaviour known as ‘alloparenting’. Since babies require up to five years of rearing before they reach adulthood, this is an extensive cooperative labor of love.

Matriarchal herds play a crucial role in maintaining Africa’s grassland and forest ecosystems. Prodigious eaters, elephants can each consume up to 300 pounds of grasses, roots, leaves, tree bark, and fruit in a single day—and in their perpetual search for food, they end up shaping the landscapes around them. As they eat their way through woodlands, herds clear pathways for smaller species like antelope and zebra to forage, too. The seeds they disperse through their dung also help to germinate a diverse array of plants and shrubs. In dry-season months, elephants also use their tusks to dig into dry riverbeds for water; their excavations create watering holes where other animals can drink.

Over the past few decades, the number of African elephants has steeply declined, mainly due to poaching and habitat loss. But new elephant conservation initiatives mounted in countries like Kenya and Tanzania are already showing results. Elephant populations have begun to rebound in national parks like Amboseli and Tarangire, thanks to a combination beefed-up anti-poaching teams and technology, government-imposed poaching penalties, and community outreach and education programs. When you plan a Micato safari, a portion of your trip fee goes to support these efforts—so you can know you’re doing your part to help African elephants.

Want to learn more about African elephants—and how to see them yourself? Speak to one of Micato’s safari experts, and start planning your unforgettable wildlife journey.

Up Next: 5 Reasons to Go on a Family Safari with Micato