The Okavango Delta: An Eden of Extraordinary Wildlife

Occupying much of Botswana’s northwestern corner, the lush and dazzling Okavango Delta is often described as a modern-day Garden of Eden. The delta’s singular topography—a vast, fan-shaped network of wetlands formed where the Okavango River meets the Kalahari Desert—along with seasonal floods that can cause it to nearly triple in size to some 8,000 square miles—create an environment that plays host to an astonishingly diverse and concentrated variety of wildlife. An estimated 200,000 wild creatures migrate here annually, including more than 150 different mammal species and more than 500 bird species.

Taking a Micato safari to the Okavango Delta is ideal during the dry-season months between July and September, when a profusion of animals and birds congregate along the flood-swollen waterways to drink and bathe. While winding through the papyrus reed-lined channels via expertly guided motorboat or traditional mokoro dugout canoe, here are some of the species you‘ll almost certainly get to see.

All of Africa’s most iconic hunters—including lions, leopards, cheetah, and brown and spotted hyena—assemble in great numbers in the Okavango during the dry season. Many of these species, though, engage in behaviour that’s unique to this wetland environment; for example, the delta is one of the only places in the world where you might spot a leopard catching fish, or a lion stalking an antelope by silently swimming up behind it. 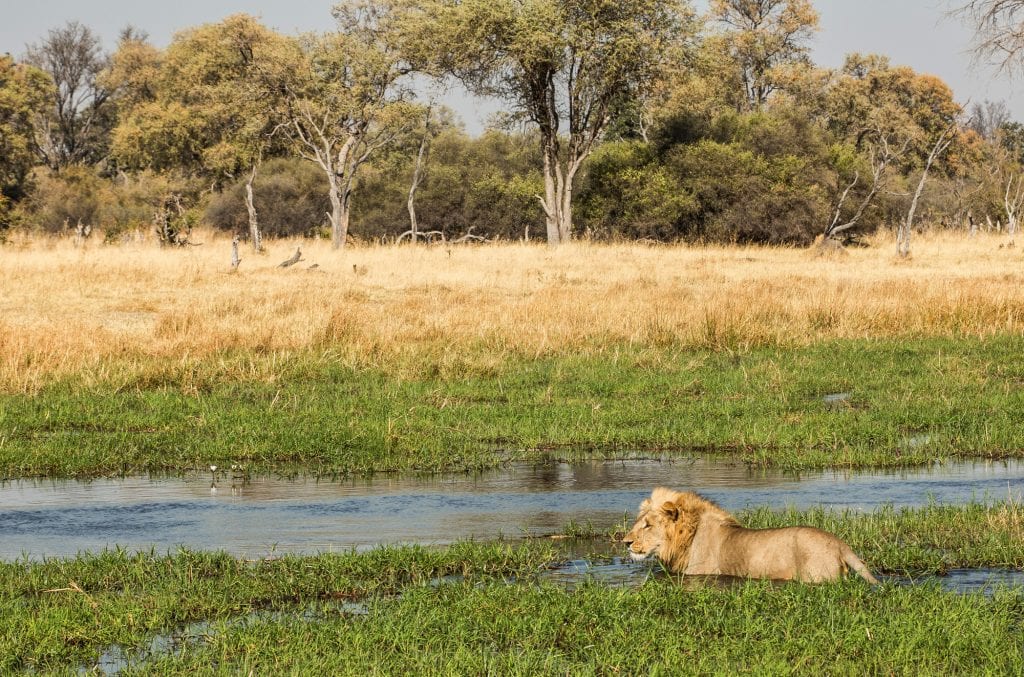 Along with one of the largest concentrations of African elephants in the world—many thousands, who mainly frequent the savannahs of the Moremi Game Reserve in the eastern part of the delta—the Okavango draws enormous hordes of hippo, Cape buffalo, wildebeest, and zebra, as well as many different species of antelope. Among these are several swamp-adapted species that are rarely seen elsewhere—like the vividly-striped sitatunga, the red lechwe, and the sable antelope with its remarkably long, backward-curving horns. 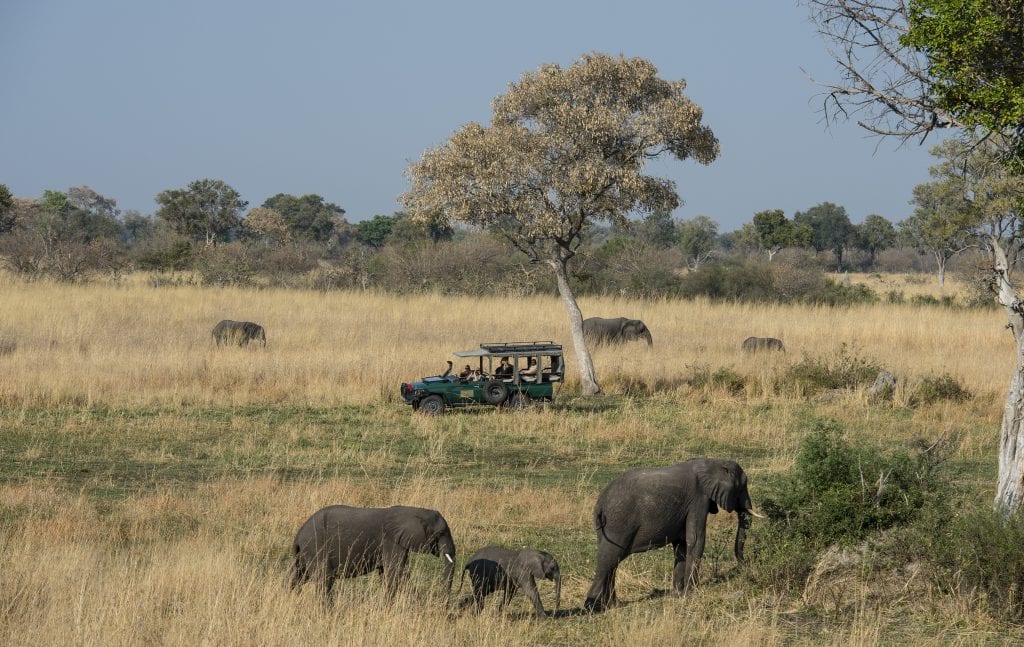 Critically endangered black and white rhinos, both of which have been reintroduced into the Okavango in recent years, are an occasional but stunning sight here (they’re most often spied in the mopane forests of the Moremi preserve, and on Chief’s Island—the largest of the approximately 1,000 isles that punctuate the delta’s waterways). The region also hosts one of the continent’s most robust populations of rare painted African wild dogs, striking for their variegated multicoloured coats and high-pitched yipping cries. 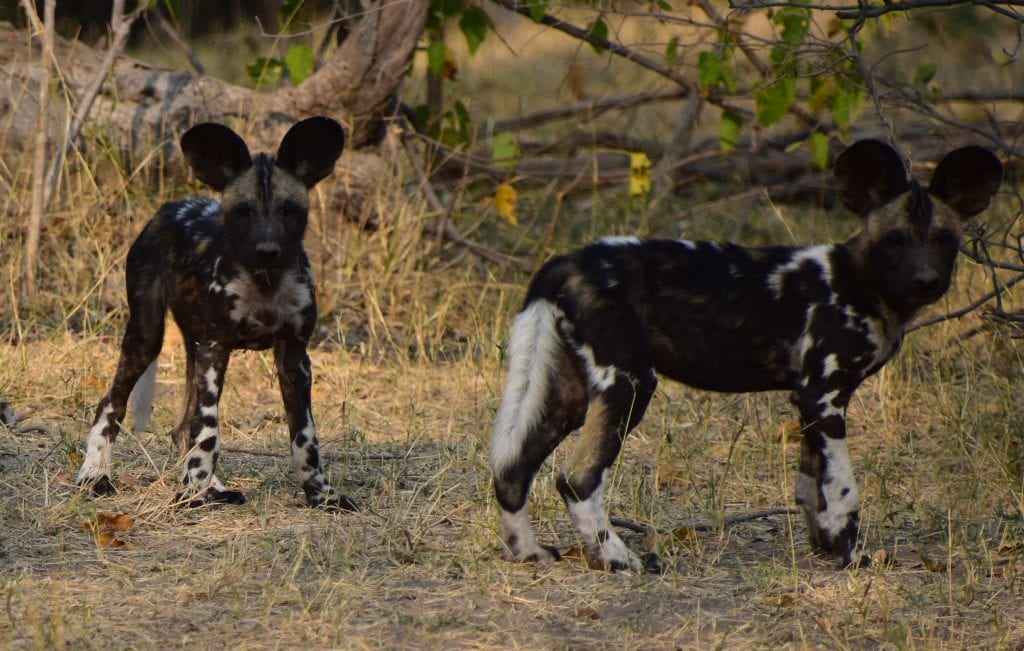 An extravagant array of birds converges on the Okavango—including many beautiful, terrestrial species common to southern Africa (like the little bee-eater and lilac-breasted roller). But many of the most stunning birds here are ones that hunt along the flooded waterways. These include several varieties of kingfisher, the African jacana (which walks atop floating water lilies and vegetation), the fierce African fish eagle, and the rare Pel’s Fishing Owl—one of the largest owl species in the world, which you just might spy swooping from its riverside perch to snare a frog, a tigerfish, or even a baby crocodile from the water. 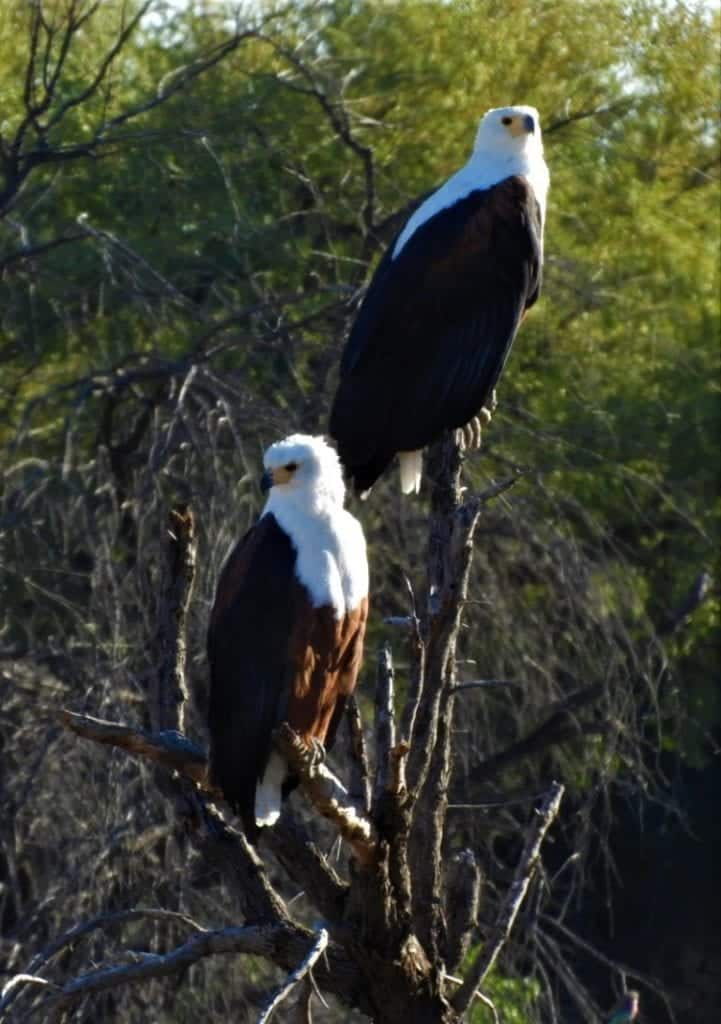 A Micato safari in Botswana offers up-close access to all the extraordinary species of the Okavango Delta. To learn more about our curated and bespoke Botswana itineraries, contact one of our safari specialists.

Up Next: The Thrill of a Night Game Drive on Safari