The Truth About the Taj Mahal, Part 1

Including a contest (of sorts)

The truest thing about the Taj is that in all its history, humanity has never created anything so beautiful. 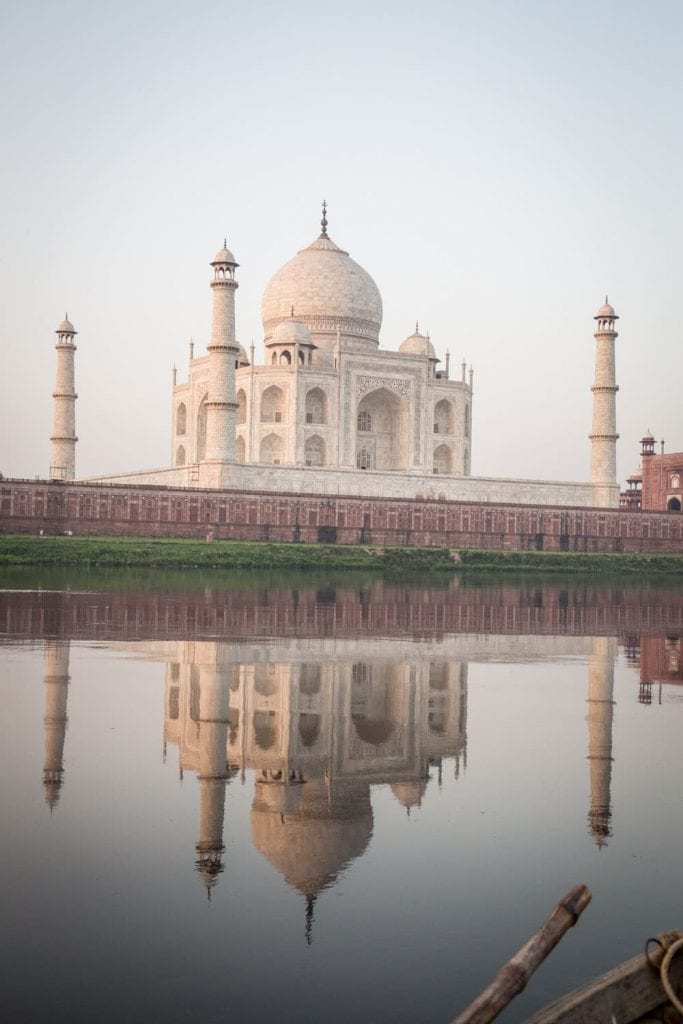 Granted, that’s an audacious claim. I tussled with the first adjective. I was tempted to say impressive, but what—alert readers might ask—about the Hubble Space Telescope or the collected works of P.G. Wodehouse?

So I’ll stand with beautiful, even though some will complain it’s too subjective a word (which it may be, in general, but not specifically when it comes to the Taj Mahal, or so it says here).

I suppose other candidates for the most beautiful human artifact might be nominated. I’d be interested to see them trotted on stage. In fact, I’ll send an appreciative autographed copy of my book A Short History of San Francisco to the reader who proposes the most plausible alternative (it’s not a Micato-related book, but I’m sure the dear company won’t mind a little cross-pollination).

So until someone bowls me over with an artifact I’ve somehow overlooked, I invite you to join me in contemplating the rather amazing fact that humans—say what you will about us, we’re a beauty-creating, beauty-loving species—have never in our couple of hundred thousand years on the planet created anything so downright gorgeous as the Taj Mahal.

I’m hardly the only one who thinks so, it almost goes without saying.

For example: George Curzon, 1st Marquess Curzon of Kedleston (1859-1925). Lord Curzon was a massively gifted English statesman—so clearly a star that when he was at Oxford his fellow undergraduates liked to recite a bit of doggrel:

My name is George Nathaniel Curzon
I am a most superior person.
My cheeks are pink, my hair is sleek,
I dine at Blenhiem once a week.

That Curzon was never Prime Minister is almost as anomalous as the fact that Mahatma Gandhi never received the Nobel Peace Prize. But he was long a powerful force in British politics, served as Foreign Minister under Lloyd George, and, more to our interest, was Viceroy of India from 1899 to 1905; his time in office was short, but pivotal. Independent India’s first prime minister, Jawaharlal Nehru said that “After every other Viceroy has been forgotten, Curzon will be remembered because he restored all that was beautiful in India.”

(Before I get to his restoration of beautiful Indian things, I can’t resist another Curzon anecdote. He never lost that air of a superior person, but he had a sense of humor about it. He once said to a friend, “All this talk of public transportation. Vastly overrated in my opinion. Why, just the other day I summoned one of those so-called buses and instructed the driver to take me to Kensington, and the man utterly refused.”)

Curzon was a talented aesthete, born and carefully bred. But he was no haunter of museums and libraries. He did extensive and adventuresome traveling all over North America and Asia, writing knowledgeably about the marvels of Persian architecture and penetrating deep into the mysterious Pamirs to discover the source of the Amu Darya, the Oxus of antiquity—a jaunt for which he was awarded the Royal Geographical Society’s Patron Gold Medal.

And from the moment he first saw it in 1887, Curzon was was immediately and forever enamored of the Taj, and spent his viceregal years insuring its protection and care.

I’m (clearly) a Curzon fan, in some small measure because the pink-cheeked gent has given me a bunch of usable quotes for my Micato and other writing, including the capstone quote on this blog. (That’s how greedy writers are. “My kingdom, such as it is, for a colorful quote.”)

The Curzon-Taj quote comes from a letter his Lordship wrote his friend St John Broderick (who, in a nice English aristo way, spelled his first name without bothering with a period after St). Curzon, writing soon after his first rapturous encounter, described the Taj as “The gem of man’s handiwork, without flaw or blemish, exquisite, irresistible, impossible to criticize, incapable of improvement, the most perfect structure in the world.”

I invite you to notice that the well-educated and punctilious Lord Curzon didn’t say that the Taj Mahal is a gem of man’s handiwork. He said it is the gem of our species’ ceaseless desire to create beauty.

Unless some resplendent candidate unexpectedly appears, I rest my case.

More about the gem of man’s handiwork is in the works. Stay tuned and read Part 2.

Up Next: Flying Over Africa