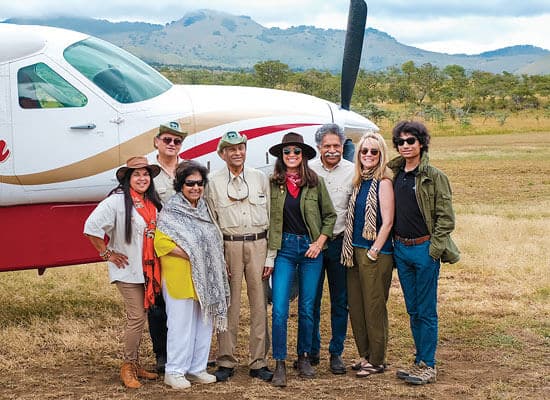 You may remember—it’s hard to forget—the scene in the film version of Out of Africa when Denys Finch Hatton (played by Robert Redford) lands his Gipsy Moth near Karen Blixen’s (Meryl Streep’s) farm. She rushes out to the spiffy little biplane, and Finch Hatton doesn’t take off his flying goggles, he barely throttles back his engine, he just says, “Get in,” and thus begins one of cinema’s great moments: a heart-firing poem of a swooping flight over the incomparably eloquent landscapes of East Africa.*

Isak Dinesen, Blixen’s nom de plume, remembered her many African flights as “the most transporting pleasure of my life. . . . Every time I have gone up in an aeroplane and looking down have realized that I was free of the ground, I have had the consciousness of a great new discovery. ‘I see,’ I have thought, ‘This was the idea. And now I understand everything.’ ”

It’s as true today as it was in the movies: flying low and easily over the continent in small planes is a matchlessly intimate way to appreciate its subtle and dramatic colours, its tectonic dramas, and its cavalcade of creatures. We fly over villages, waving to their residents, and in a few moments, we’re on the ground, shaking their hands. One of our guests said it well: “For me, flying over Africa is about as flying as flying gets.”

Our Bespoke Safaris offer as many flights as your personalized itinerary calls for, and we— and our guests over the years—think the flights that link lodges and camps on our Classic Safaris The Micato Grand Safari, for instance, and five on The Stanley Wing) are safari highlights, airy dalliances with Africa’s incomparable landscapes.

* Before she climbs into the plane, Blixen asks Finch Hatton, “When did you learn to fly?” And he answers with a Redfordian grin, “Yesterday.” Rest assured our pilots have hundreds upon hundreds of times more experience than that—and many of them have movie-star smiles. 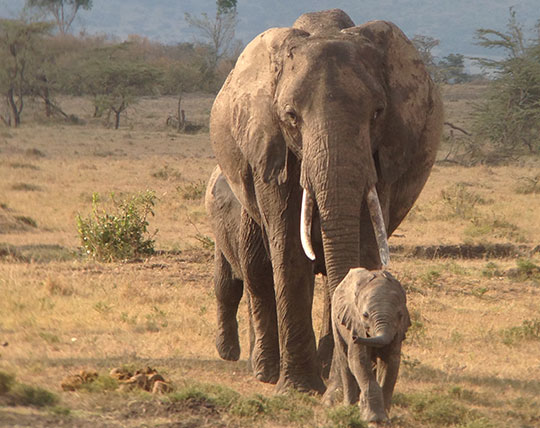 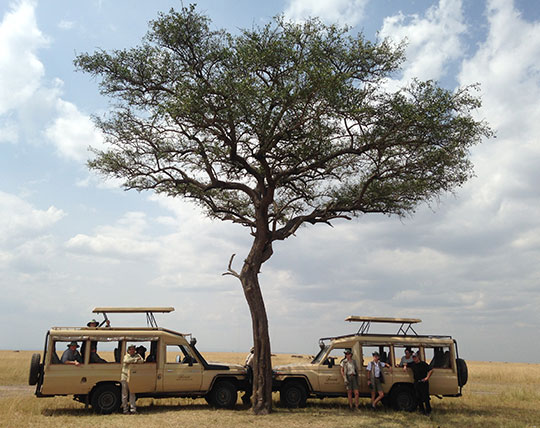 Interested in seeing more of what our trips have to offer?

Up Next: Elephant Lovers Alert