See Micato Guests Back on Safari 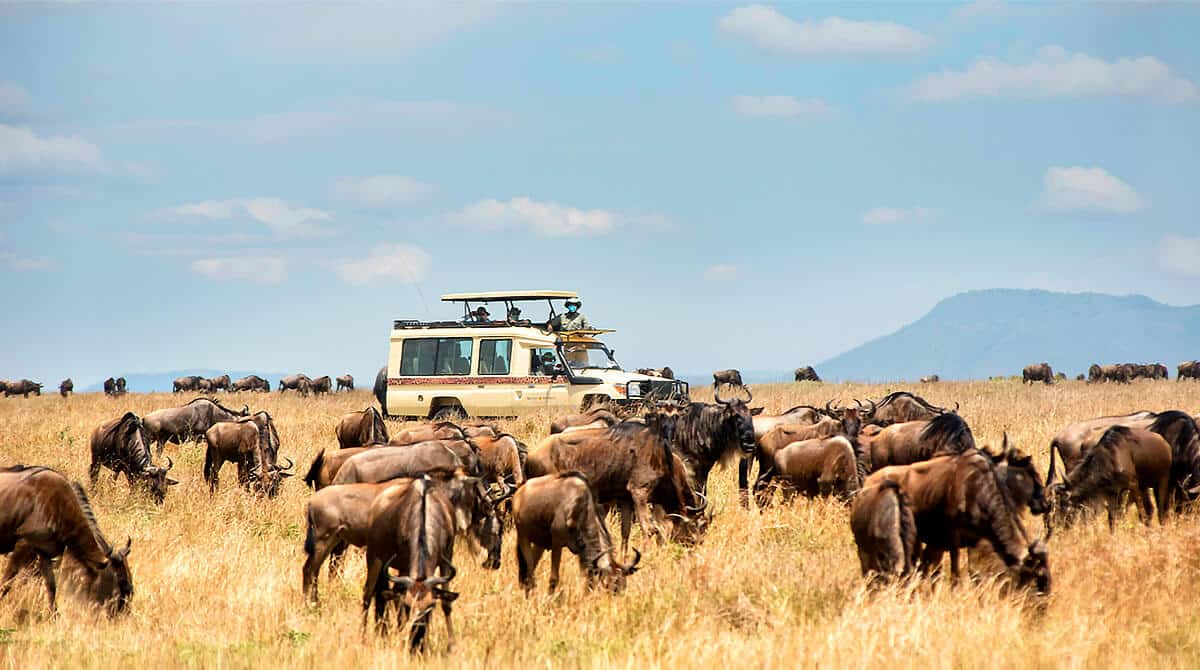 We hasten to add that we never left. Our staff in Africa and the U.S. has been quite safe but also quite busy, arranging and rearranging safaris, sewing thousands of masks, distributing food to families and smartphones to students.

And, not incidentally, we devised creative and extensive COVID-19 protocols….

…so that when the time came to travel again, you could be confident that our safaris were operating at the highest levels of sanitation, hygiene, comfort and, as always, excellence…

…so that when the time came to safari again, you could say we were worthy of those nine times Micato has landed in the #1 spot on Travel+Leisure’s World’s Best Safari Outfitter list. And we’ll let you in on a little secret: We want to be able to say that we’re still worthy, too. 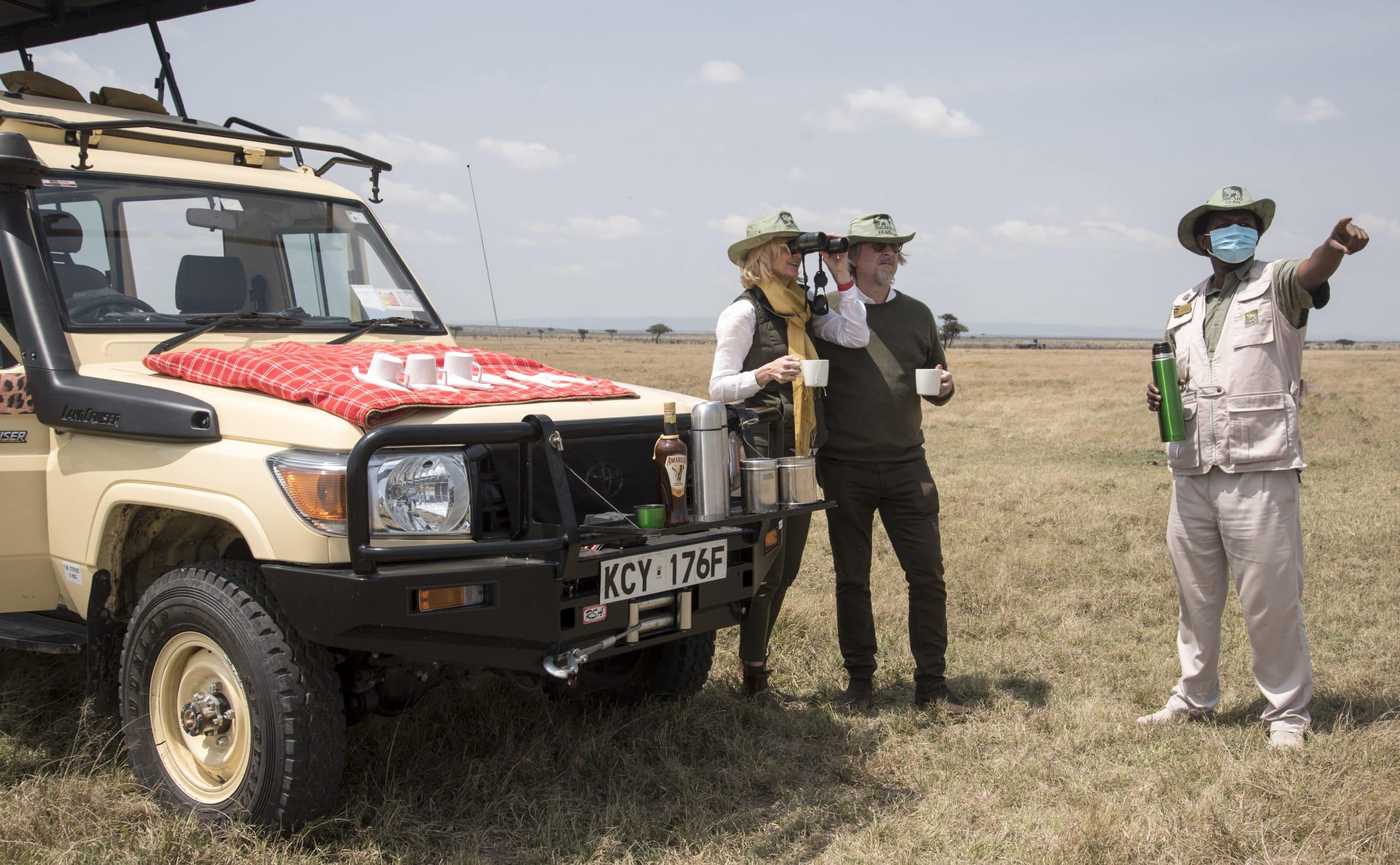 At the beginning of August, Kenya, Tanzania, and Rwanda began welcoming travellers again. Flights resumed, and so did enthusiasm for our homeland: Kyle McCarter, the U.S. Ambassador to Kenya, said that “the greatest opportunity the United States has right now to travel internationally is to Kenya.”

Soon after, Kenya was awarded the “Safe Travel Stamp” by the World Travel and Tourism Council (WTTC) for adopting global health and hygiene protocols so successfully.

We were only missing one thing…

After months of not-so-patiently waiting for Africa to open, all the pieces of this fiendishly tricky How To Travel During A Pandemic puzzle rapidly fell into place. We had all but one important piece: Micato travellers.

And as of this writing we’ve got several of them with us on safari right now, and more will be joining us in the coming weeks.

Micato Guests on Safari in Kenya

As we speak, Micato guests are relishing Kenya’s gamelands, teeming with wildlife…

At Amboseli, that includes elephants… 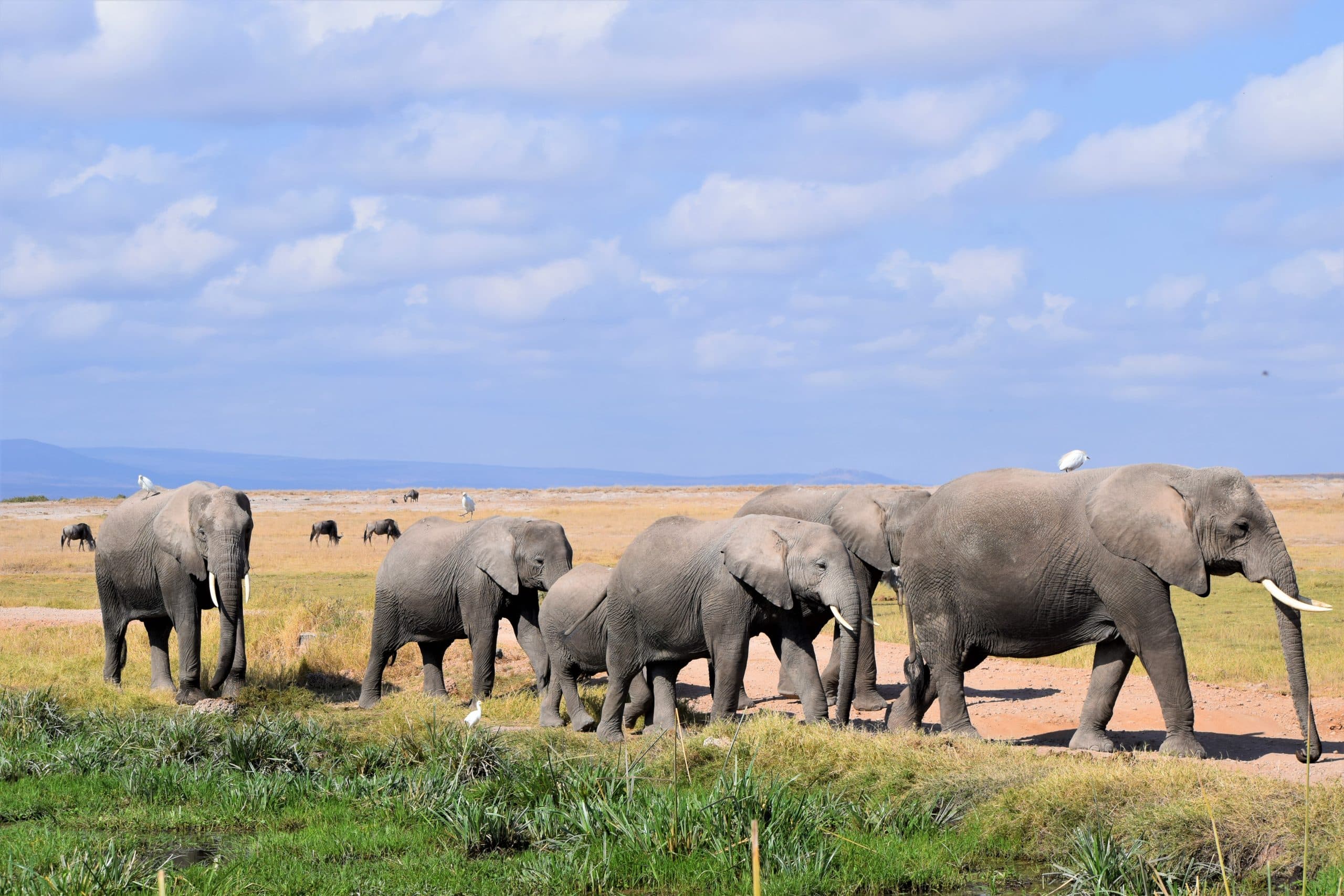 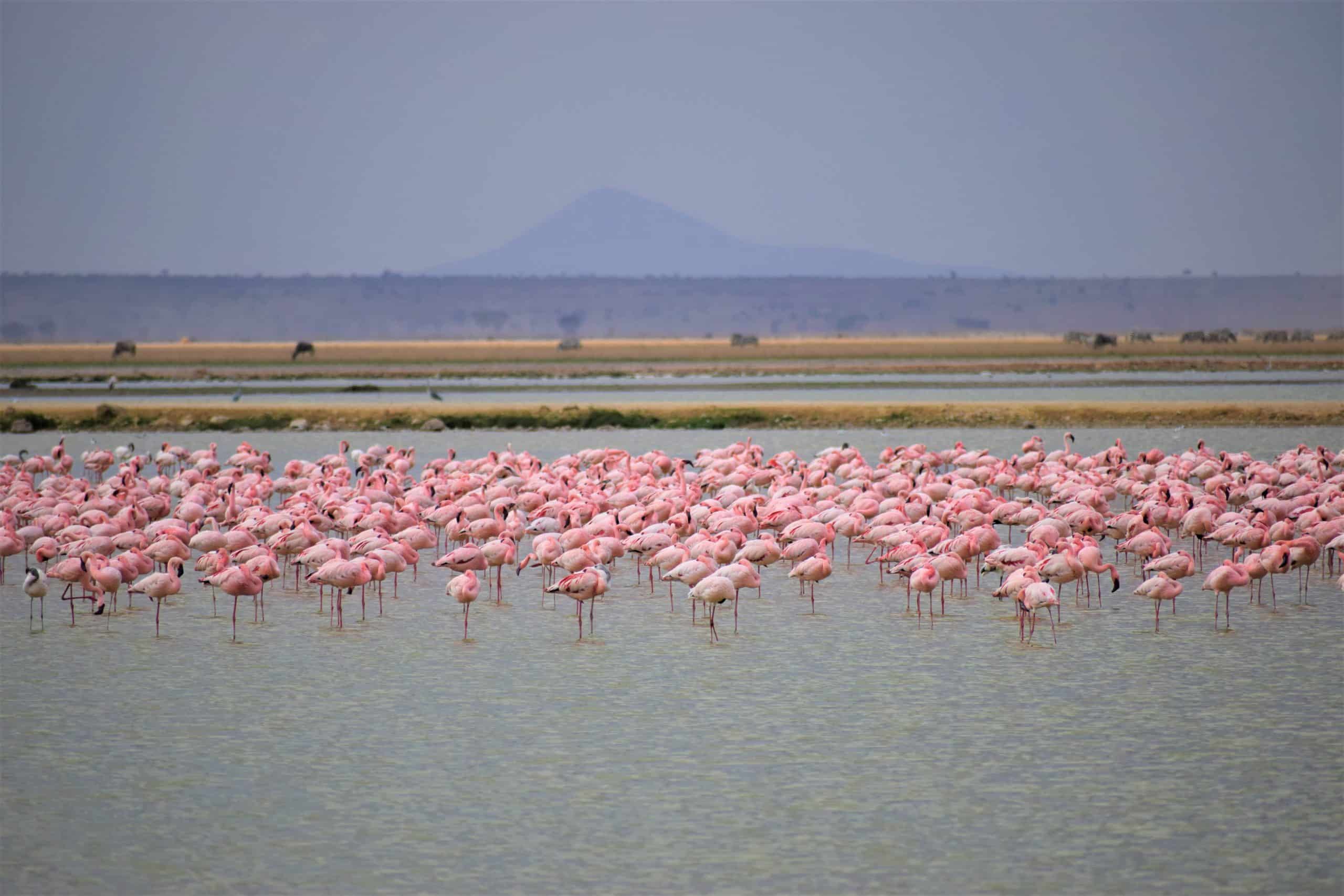 We don’t mind telling you that the couple pictured above — among the first Micato travellers to return to Africa since the pandemic began — were not only excited to be on safari with us right now, but were also excited to share what it’s like.

The gentleman in the photo noted that “it’s been amazing over the last three or four days since we’ve been here. I would say even dating back to February when we booked our trip, the entire Micato team has been awesome throughout the pandemic.”

The lady added that “the experience has been outstanding. I didn’t expect to see so many animals right away just as soon as we got off the plane.”

Micato Guests on Safari in Rwanda

As of this writing Micato guests are also living their best lives in the lush forested mountains of Rwanda, meeting up with the gorillas who manage to be majestic and cuddly at once. Tracking gorillas is, not so arguably, one of the most astonishing experiences you can have outdoors. And yet, you’re going to want to use your indoor voice…

In addition to speaking softly you also want to be still and focused, because, if, say, a baby gorilla takes a playful tumble, you’re going to want to savour that.

Being on safari now is a once in a lifetime opportunity

These first guests of ours in East Africa are discovering that having Africa’s wildlife-rich vastness all to themselves is a once-in-a-lifetime opportunity.

They may not have realized it initially, but Micato has been at this for 55 years, so we told them: This is once-in-a-lifetime stuff. It’s rare enough to be among only a handful of travellers visiting Africa’s safari lands, but to be among that handful after months of no one but the animals being here — well that’s never happened.

One of our Micato Safari Directors put it this way:

“As our travellers come back on safari, they could tell the animals were starting to adapt to life without our vehicles. And actually, some of the babies that have been born since February have no clue what the safari vehicles actually are.”

How crazy is that? 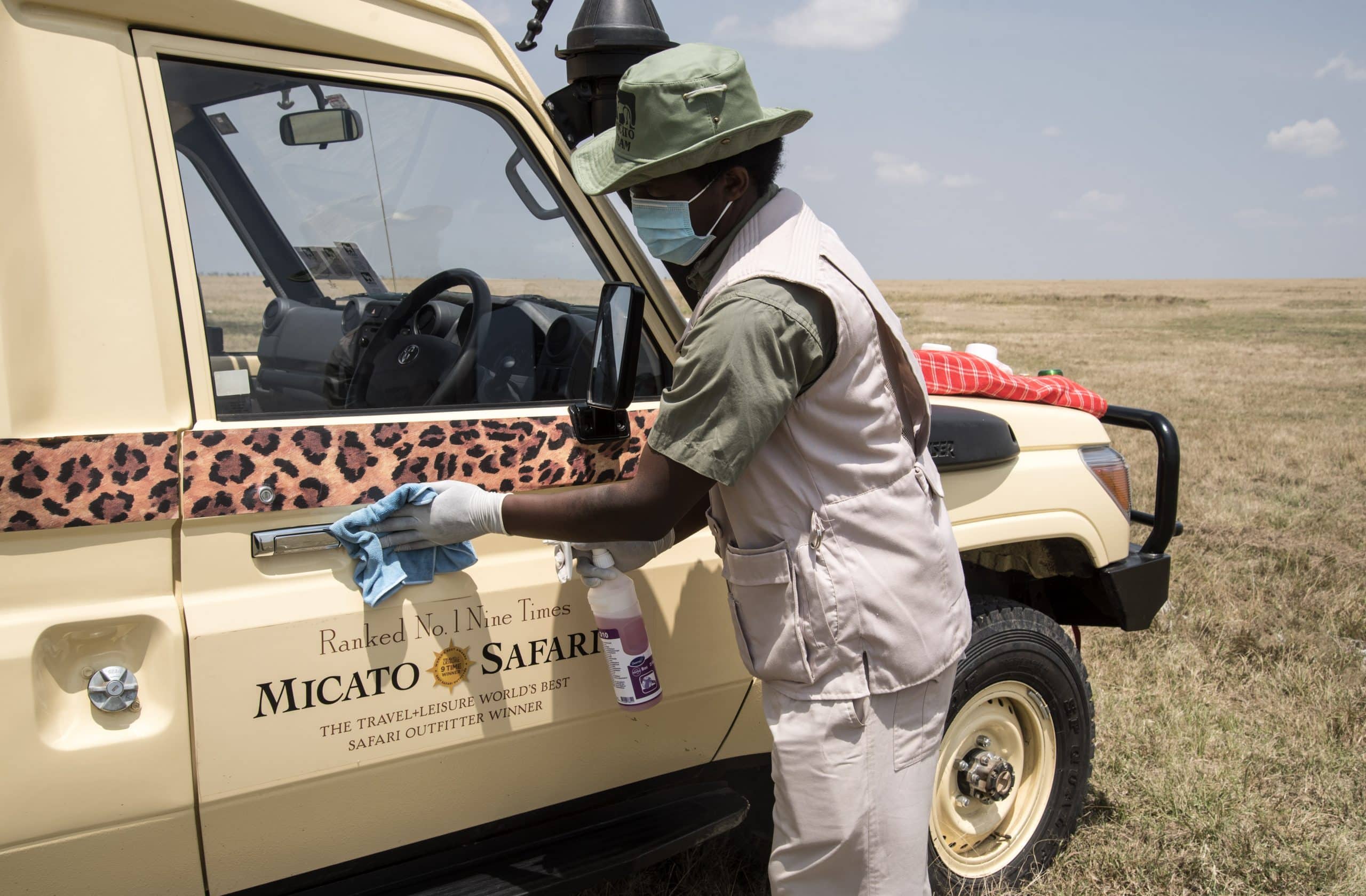 The bottom line: We’re back

While we have been laser-focused these last few months on our safety protocols, which our Micato Safari Directors and the rest of our full-time staff in Africa are overseeing with equal laser focus, all of us at Micato are not-so-secretly relieved that we can expand our focus to what has driven us for 55 years: Making sure you have a great time.

So prepare to be safe, but above all, prepare to be awed by the splendour of safari. Our safari specialists are available, as they have been for months and will be for many years to come, to arrange a Classic, Private Classic, or a top-to-bottom personalized private Custom Safari.

(While you’re at it, ask about our favourite private luxury estates and safari villas, unapologetically grand exclusive-use places perfect for families eager to get away from, well, everybody else.)

Get in touch with us, any number of ways, and it’ll be our pleasure to walk and talk you through it all. Because we don’t tire of saying it…

Up Next: UNESCO World Heritage Sites You Can Visit with Micato