African Safari Lodges that Give Back

Every safari lodge and camp that Micato partners with works to uphold, and benefit, both its local community and its surrounding ecosystem. Most do this by training and employing members of nearby tribal populations, and also by donating a portion of every safari guest’s accommodation fee toward conservation initiatives—like anti-poaching and wildlife monitoring—in their regions. This means that all Micato travellers (as well as contributing toward the company’s Nairobi-based nonprofit arm, Micato-AmericaShare) are pitching in to boost sustainability in Africa’s most treasured safari destinations.

There are a handful of partner lodges, however, whose community outreach and land stewardship initiatives have truly raised the bar in the luxury safari industry. These properties, by either collaborating with or forming their own nonprofit foundations, have been able to provide especially comprehensive support to local tribespeople, and also to mount more extensive wildlife conservation programs. If maximizing your impact on these efforts is important to you, consider including these properties in your custom safari itinerary. 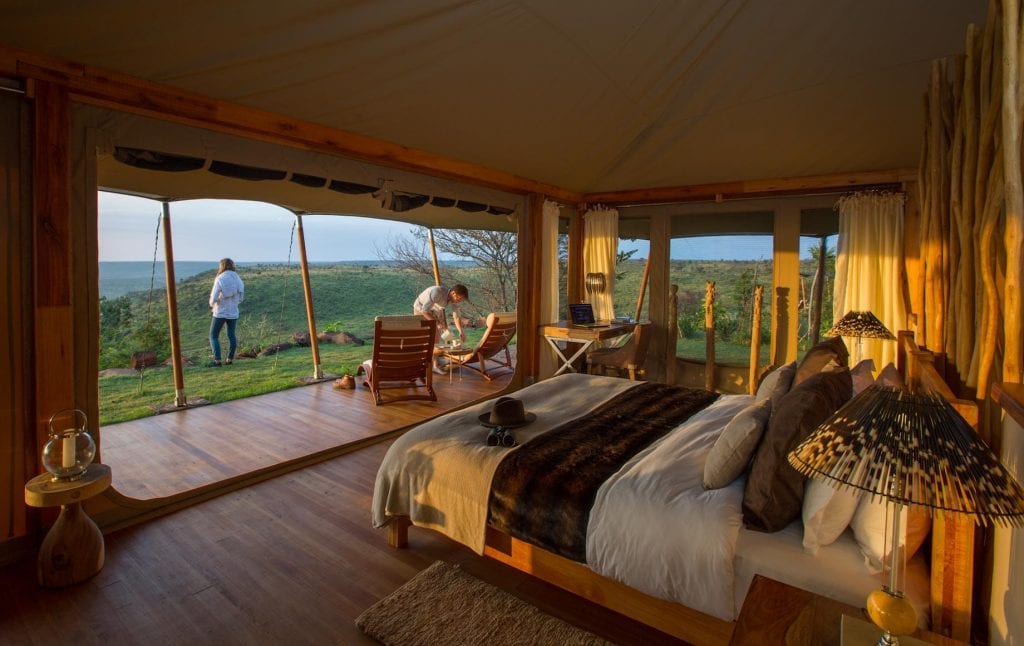 Loisaba Tented Camp, an Elewana Collection property, along with several equally luxurious sister lodges set on Kenya’s dazzling Laikipia Plateau, has been able to spearhead an impressive array of sustainability programs, in part through its partnership with The Nature Conservancy. Since 2015, when the international organization helped secure the purchase of the surrounding 56,000-acre Loisaba Conservancy, the lodges have been able to expand their outreach in local Samburu and Maasai villages—contributing to projects ranging from school-building to water-management systems to supplying local healthcare clinics. Guests who stay at these lodges can rest assured that, as well as aiding in these efforts, they are also helping to maintain the conservancy as an important sanctuary for animal species like endangered Grevy’s zebras, African wild dogs, elephants, leopards, and lions. 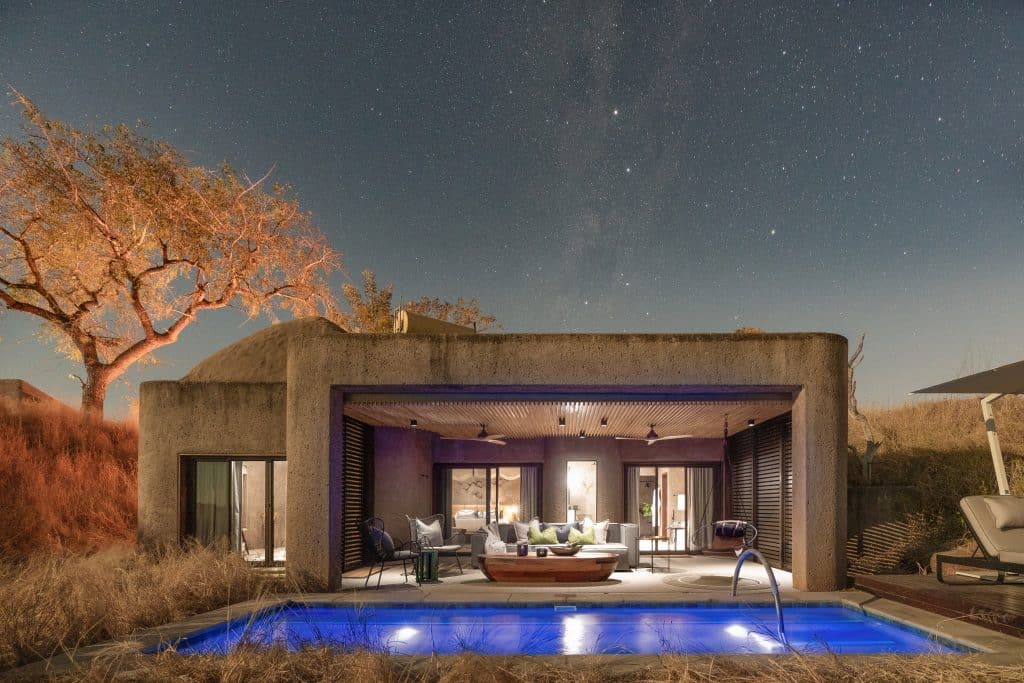 Like many properties in the Sabi Sand Game Reserve—250 privately-held square miles that border Kruger National Park, and share its splendid biodiversity— the lavish, architect-designed Earth Lodge goes to great lengths to help members of its local indigenous communities thrive. The lodge hires most of its staffers, including chefs, spa attendants, and incomparably knowledgeable game-drive guides, from nearby Shangaan settlements. But the property also funds myriad services within the villages themselves, including preschools and care centers for young children, digital-skills learning programs for older kids, and training classes in teaching, entrepreneurship, and financial management for adults. Guest fees from the lodge contribute to these efforts, and also to the protection of the preserve’s many rare and threatened creatures, among them black and white rhinos, pangolins, scaly anteaters, and more than 300 bird species. 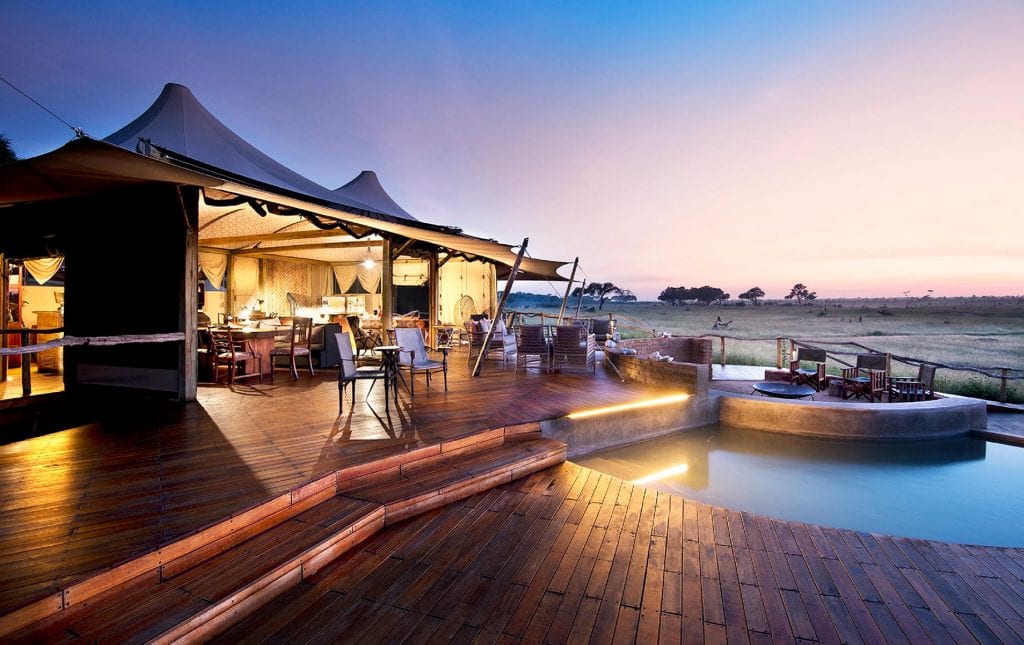 Set in Zimbabwe’s largest preserve, the 56,000-square-mile oasis of Hwange National Park, Somalisa Camp is a longtime favourite of luxury safari travellers. The property is also the crowning jewel in one of the only Black African-owned hotel groups on the continent, African Bush Camps. Founded by a native Zimbabwean who grew up on the outskirts of Hwange, the lodge today occupies its own 20-square-mile concession within the park, from which it operates dozens of educational and infrastructural programs within surrounding (mostly Nambya) villages. These include income-generating and microfinancing enterprises, medical-care services, and organic gardens that allow greater community self-sufficiency. The lodge (along with others in the African Bush Camps collection) also invests heavily in anti-poaching efforts and human-wildlife coexistence strategies, to help protect the lives of all Hwange denizens. 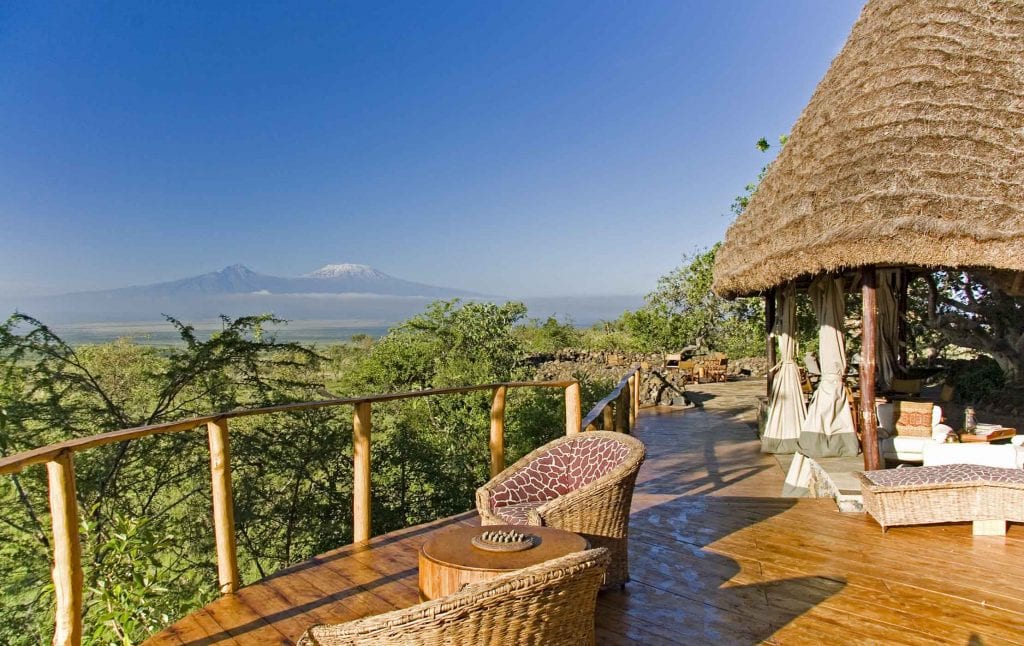 Set at the base of the majestic Chyulu Hills (which Ernest Hemingway famously called the “Green Hills of Africa”), Camp Ya Kanzi prides itself on its deep-rooted partnership with local Maasai tribespeople. In fact, the property was launched as an eco-tourism affiliate of The Maasai Wilderness Conservation Trust, an organization dedicated to helping these traditional pastoralists maintain their way of life in modern-day East Africa. The camp actually sits within a 283,000-acre Maasai community, Kuku Group Ranch, where the trust runs numerous initiatives—including schools, health-care clinics, anti-poaching teams, and a landmark program called “Wildlife Pays,” which reimburses Maasai herders for livestock lost to wild predators. These efforts are largely funded through fees of guests who stay at the camp.

To learn more about how safari travel contributes to sustainability in African communities—and plan your own safari—speak to one of Micato’s experts.

Up Next: It's Time To Wander With Micato Safaris