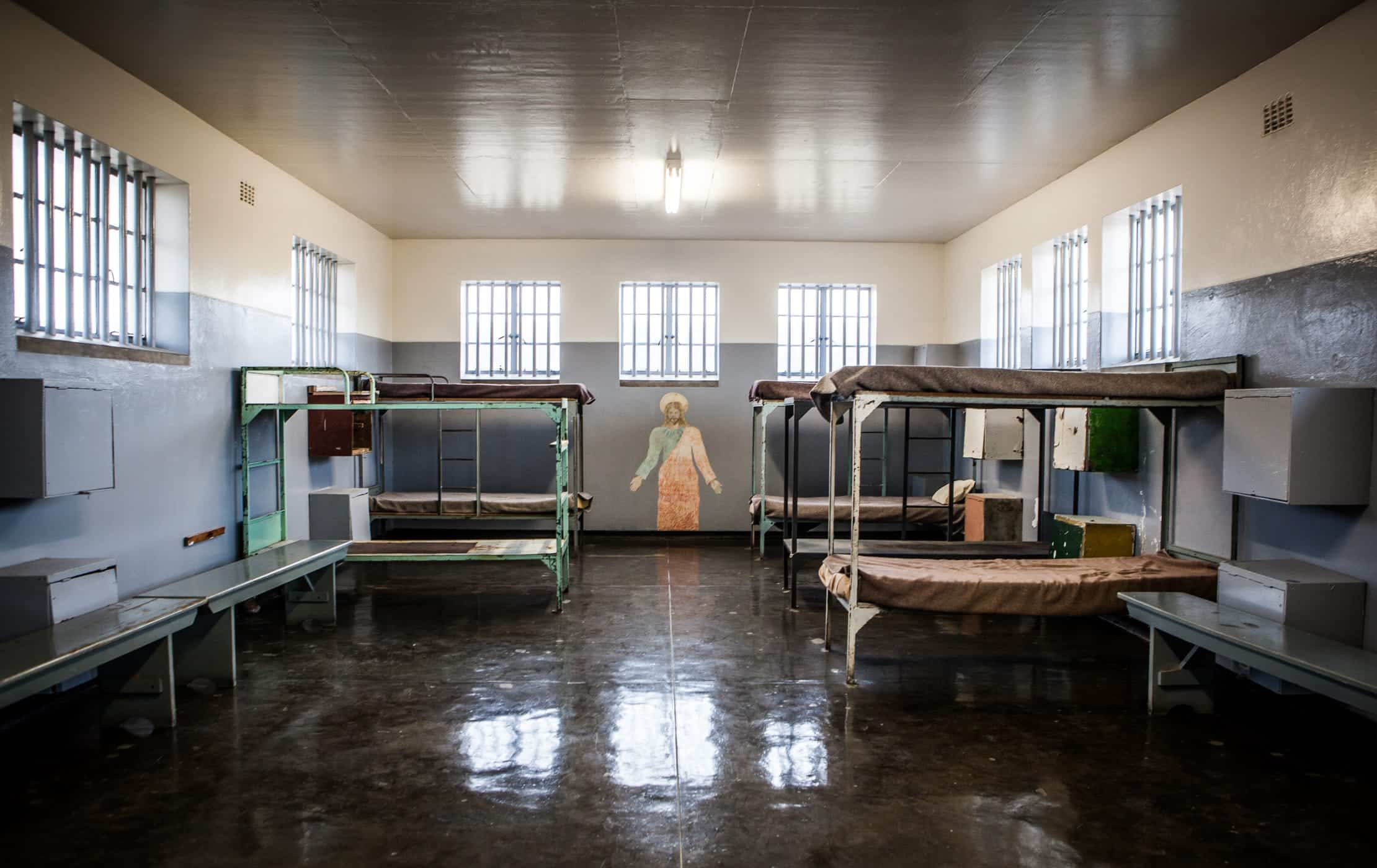 We board a scheduled ferry (or perhaps a private helicopter), and head west to Robben Island, a blandly flat and even crueler Alcatraz a little more than four miles west of Cape Town’s buzzing waterfront.

Nelson Mandela was locked up in Robben Island for 18 years and we might well wonder if Cape Town or all of South Africa itself would be recognizable or functional today if he hadn’t used those years to strengthen himself spiritually, to grow and learn so much that today he’s simply, affectionately, thankfully called Madiba, father.

We’re guided through the prison by an ex-prisoner, to the prison yard where Mandela and his fellow political prisoners smashed rocks, a pointless exercise symbolic of their captors’ contempt.

We look into Madiba’s eight-by-seven foot cell, and wonder at his resiliency. We see the dismal meeting room where he could rarely communicate with visitors from behind scratched, cloudy glass. We catch sight of a small but telling symbol of South Africa’s racist apartheid system: an old kitchen sign that allotted “10 ounces of jam/syrup” to “Coloureds/Asiatics” and “No jam/syrup” to “Bantus,” or black Africans.

And yet we’re uplifted. This visit to Robben Island is a reminder that the moral arc of the universe bends toward justice, however fitfully and incompletely, and that the glistening city of Cape Town, and all of South Africa, are tangible reminders of that fact.

A Trove of Gleaming Gems

Beginning with Namibia’s vast and gorgeous wilderness, then to the urban delights of Cape Town and its salubrious Winelands, ending with superb game viewing in the Sabi Sand Game Reserve.