Many and good are the reasons to go on a Micato safari. But one especially great reason is sometimes eclipsed by the glamour and excitement of the fabulous animals, the stunning landscapes, the warm and vital people, the gorgeous camps and lodges, by what Isak Dinesen memorably described as safari’s tendency to make you “feel as if you had drunk half a bottle of champagne–bubbling over with gratitude for being alive.”

It’s not news that the world–our everyday world, the world safari is so serenely apart from–is remorselessly busy. “Many modern humans must navigate a Times Square world of constant stimulation,” J. Peder Zane wrote in the New York Times, “the rise of technology means that many people are never really off the clock.” And we know that the ceaseless ticking of that clock leads to stress, which can in turn lead to physical and psychological unpleasantness. (Google the word stress and in a quarter of a second the great and powerful search engine will display 555,000,000 results, more than 2 stressful entries for every American of voting age.) Juggling tasks, wrenched by the cable news crisis of the week, we’re at the point where we’re stressed about being so stressed.

Which–happily–brings us to the sometimes overlooked reason that going on safari is such a fine idea. 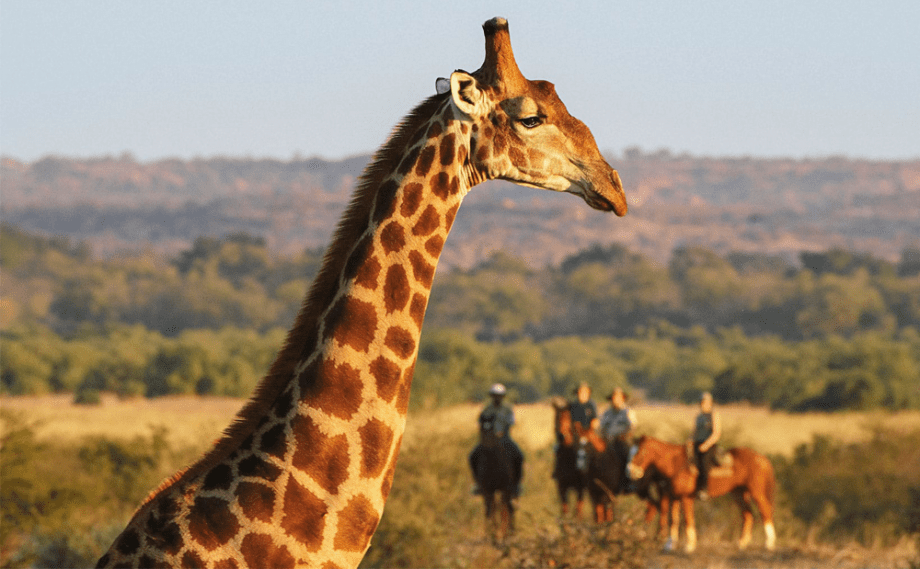 “To depart on a safari is not only a physical act, it is also a gesture,” Elspeth Huxley once wrote. “You leave behind the worries, the strains, the irritations of life among people under pressure, and enter the world of creatures who are pressed into no moulds, but have only to be themselves; bonds loosen, anxiety fades….”

Safari is an engagement, not a retreat. It lifts us gently out of the pressurized world. But instead of nervously holding that world at bay behind a resort’s bougainvillea walls, it brings us into intimate engagement with “the really true world,” Ms. Dinesen called it, “where I probably once lived 10,000 years ago.”

(Evoking a connection with our species’ past, Dinesen, whose Out of Africa is one of the the most beautiful books ever written about the continent, hit upon another of safari’s sweet and subtle charms–one that can’t be gauzily photoshopped or commodified: a commonly felt, deeply poignant sense of coming home, a “sense of origins, of innocence and mystery” as Peter Matthiessen wrote in The Tree Where Man Was Born, “like a marvelous childhood faculty restored.”)

The world of safari, as real and true as any world, welcomes us unreservedly. It’s one of the last places on earth where where the rules aren’t ours, where man isn’t the unquestioned hegemon, where nature expresses itself wholly and the tumults and furies of the larger world are stilled by a million-year calm.

Safari can restore in us that wondrous experience of careless youth, when summer days were endless and we had nothing much to do except idle and roam, feeling like we’d drunk half a bottle of non-alcoholic champagne, bubbling with possibility and life.

The calm and soothing world of safari is a world in which even the most mission-centered of us might conclude that our most productive use of time is an after-lunch nap before embarking on a lovely afternoon game drive topped off with sundowners on a bluff overlooking guileless infinity.

Safari invites us into a world with just two cheerily ticking clocks; as Micato’s friend Seamus O’Banion says, “There’s a little clock for wake-up and let’s go on a game drive, and there’s a big clock, whose smallest increment is a hundred thousand years.” Safari’s world apart is a world in which that big clock’s ticking is melodious and fascinating, and when that little clock chimes you wake up, as Isak Dinesen wrote, and you think, “Here I am, where I ought to be.”

Experience a Micato safari for yourself!

Up Next: Three African Wildlife Folktales