Perhaps you’re already aware that the game preserves of southern and East Africa teem with magnificent birds. Maybe you’ve even got a checklist of avian species you’re hoping to spy on your next safari. If that’s the case, well—don’t put your wish list of African birds away quite yet. We’ve collected a few more that you might want to add, and whose stomping grounds (or rather, fishing, foraging, and nesting grounds) you can incorporate into your Micato safari itinerary.

Africa’s largest eagle species—adults can weigh up to 14 pounds, with a wingspan exceeding seven feet—is also one of the continent’s most formidable predators. Exceptionally keen eyesight allows martial eagles to spot prey as far as three miles away; their razor-sharp talons, bigger than most men’s hands, easily snatch young antelopes, goats, jackals, and monitor lizards from open grasslands. Suitably commanding-looking, with fierce yellow eyes punctuating feathers of slate grey and snowy white, the raptors are most typically seen in flight high above the savannah. But if you’re fortunate, you might spot a female or even a pair during mating season (between February and November), when they build massive nests in cliffside trees.
Where to See It: Maasai Mara National Reserve, Kenya

As with so many of the world’s bird species, it is really only the males of this sunbird variety who sport truly regal plumage. But their brilliantly coloured feathers—chests of daffodil yellow and tangerine orange, tail plumes of vivid indigo, and heads and backs of shimmering jade green—are resplendent indeed. Like all sunbirds, they resemble hummingbirds in size and feeding habits (except that they perch rather than hover to sip flower nectar); regals, however, make their homes in the continent’s higher-altitude rainforests. So you may hear their reedy high-pitched calls, or spot their flashy colours (alongside the muddier hues of their female companions) while trekking to see other treasured wild creatures, like mountain gorillas.
Where to See It: Parc National des Volcans, Rwanda 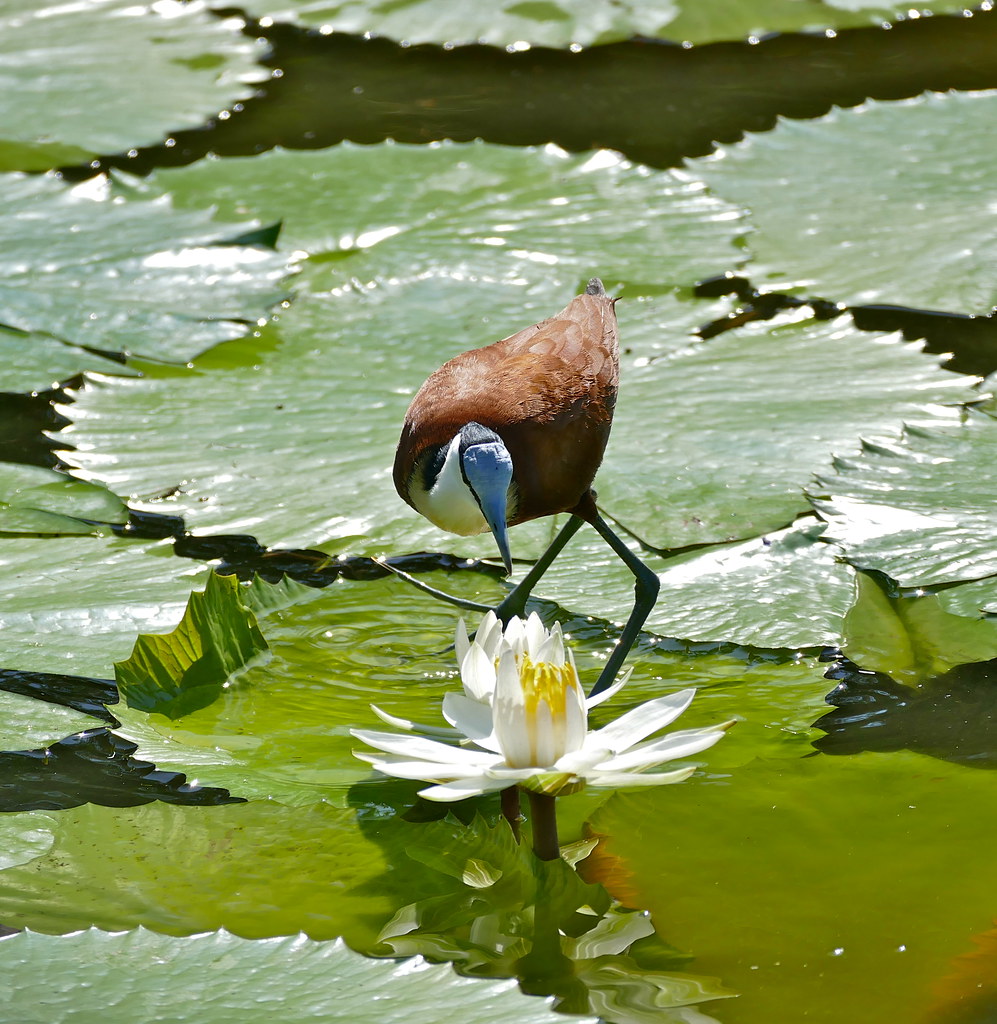 This leggy wading bird has long been nicknamed “the Jesus bird”—and it doesn’t take long to see why. As it pokes along the edges of the lakes, lagoons, and swamps it favors, the jacana seems to walk right on the surface of the water. Though this is an illusion—the bird actually has disproportionately long splayed toes, which allow it to balance on lily pads and other floating vegetation—watching it search for insects, snails, and small crabs to eat is nevertheless magical. Even more delightful: Seeing more than a hundred of the chestnut-bodied, white-headed birds strutting elegantly “on top of” a lake shared with large flocks of pink flamingoes.
Where to See It: Lake Manyara National Park, Tanzania

Nocturnal and rarely spotted, this majestic owl—the second largest on the African continent—is among the most sought-after species for bird-enthusiast safari travellers. Everything about the species is impressive: its size (more than two feet tall, with a six-foot wingspan); its piercing black eyes, which it uses to scan the surface of slow-moving waters for prey; the quickness with which it plunges from its perch among riverside branches to snatch fish with its featherless, scaly talons; its eerie, deep-pitched, whooshing call. The best place to search for the owl in the daytime is in the high branches of jackalberry trees, where it roosts during the daylight hours to rest for its nighttime hunts.
Where to See It: Okavango Delta, Botswana 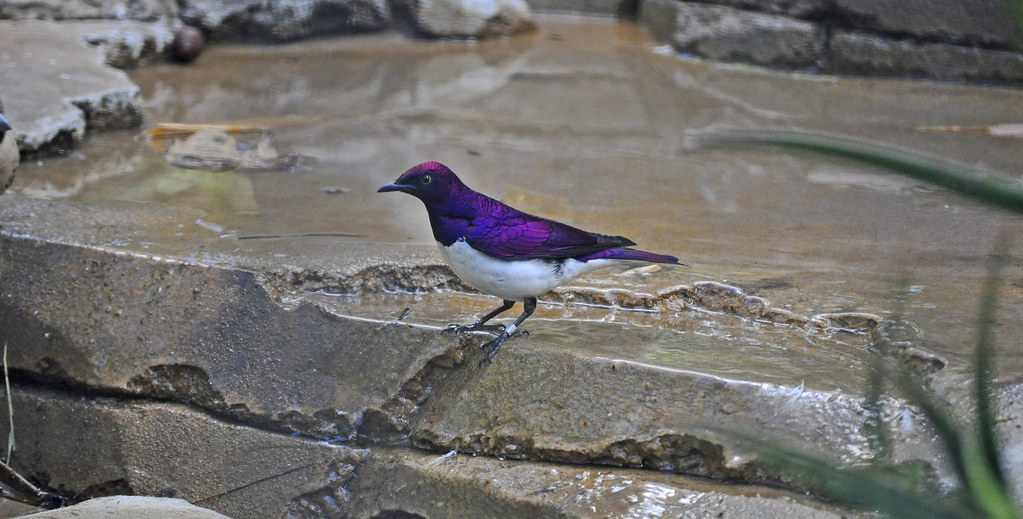 Once again, it is only the male plum-coloured starling that elicits delight when spotted through a camera lens or binoculars. (The females are, quite unfairly, mottled brown and unremarkable.) But glimpsing one, or several, of these splendid birds—who look as if they are wearing iridescent, amethyst-purple morning coats over starched white dress shirts—is an undeniable thrill. Also sometimes called Violet-backed starlings, the migratory birds typically settle in southern Africa between September and May, when they can be seen in small flocks foraging among ficus trees for fruit and insects.
Where to See It: Kruger National Park, South Africa

To learn more about Africa’s beautiful birds, and how you can see them on safari, contact one of Micato’s Safari planning experts.

Up Next: SAYA, The Elusive Black Panther of Kabini