Born and raised in Kenya, Louise Leakey represents the third generation of the world-renowned Leakey palaeoanthropologists. We’re honoured to have her guest-blogging for us, and for such an important cause…

I would like to start by thanking Dennis and Joy Pinto for their longtime support of our team Rhino Rouge in the annual Rhino Charge event, which in turn supports the Rhino Ark Charitable Trust.

Rhino Ark was founded by Ken Khule in 1988, in response to the grave crisis facing Kenya’s Black Rhino population in the Aberdare ecosystem, an important watershed and mountainous National Park.

Rhino Ark’s initial aim was to build an electric fence along several sections of the Aberdare National Park most threatened by encroaching farmland. The initial idea evolved into a much more ambitious task of encircling the entire Aberdare Conservation Area with a game-proof fence.

Today Rhino Ark’s mandate extends to seeking sustainable, long-term solutions to the conservation challenges of several mountain forest ecosystems and biodiversity, all threatened by increasing pressures of a rising population. Their goal is also to engage fence-adjacent communities in conservation.

During the early days of the trust, Ken Khule, along with his Rally Enthusiast friends Rob Coombes and Brian Haworth, conceived a novel fundraising idea; an off-road motorsport event, which they named the Rhino Charge.

Their original idea involved an off-road race in a 4×4 vehicle to the highest altitude on Africa’s Mount Kenya; however, this was not permitted by the park authorities at that time. The event was refined over the years into competitions requiring entrants to travel the shortest possible distance in a 4×4 vehicle in 10 hours, across challenging, trackless terrain, visiting a number of predetermined points, usually in a remote part of Kenya.

The Rhino Charge today is world-renowned for its toughness and has gained international acclaim. Limited to 65 entries to minimize impact to the terrain, the organisers have since introduced a preferential entry strategy favouring high value fund-raisers.

The race…to find a solution

On February 4, 1989, 31 competing vehicles entered the first event, raising the first KES 250,000 for the Rhino Ark. With every subsequent event, this amount has increased and today raises over a million dollars for the Trust each year.

The fence line surrounding the Aberdares was completed in August 2009 and now Rhino Ark has moved on to the important task of fencing Mount Kenya as well as parts of the Mau. These are two enormously important water towers and are highly threatened by the ever-increasing pressure from humans and agriculture along the boundaries, as well as from forest fires set by illegal cultivators deep inside the forests.

The urgency of protecting these resources cannot be underestimated. As the forest boundaries are encroached, wildlife is increasingly vulnerable from poaching and the forest is gradually carved into illegal plantations, rapidly moving the tree line higher up the mountain slope each year.

More than ever, these developments warrant critical support to build protective fences. And the National Parks of the Aberdares, Mount Kenya, and the Mau Eburu Forest depend on the critical support of Rhino Ark to sustain this effort.

It is an honor to be part of a dedicated team competing to raise money for Rhino Ark. Our car will race again in the Rhino Charge event on May 31st 2015. Our all-girls team completes in a no frills, red 1974 short wheel base land cruiser. This tough car is expertly driven by Tanya Carr Hartley, and the rest of us run ahead and alongside finding the way to navigate the course.

The car traverses terrain that I certainly never imagined a vehicle could get across. 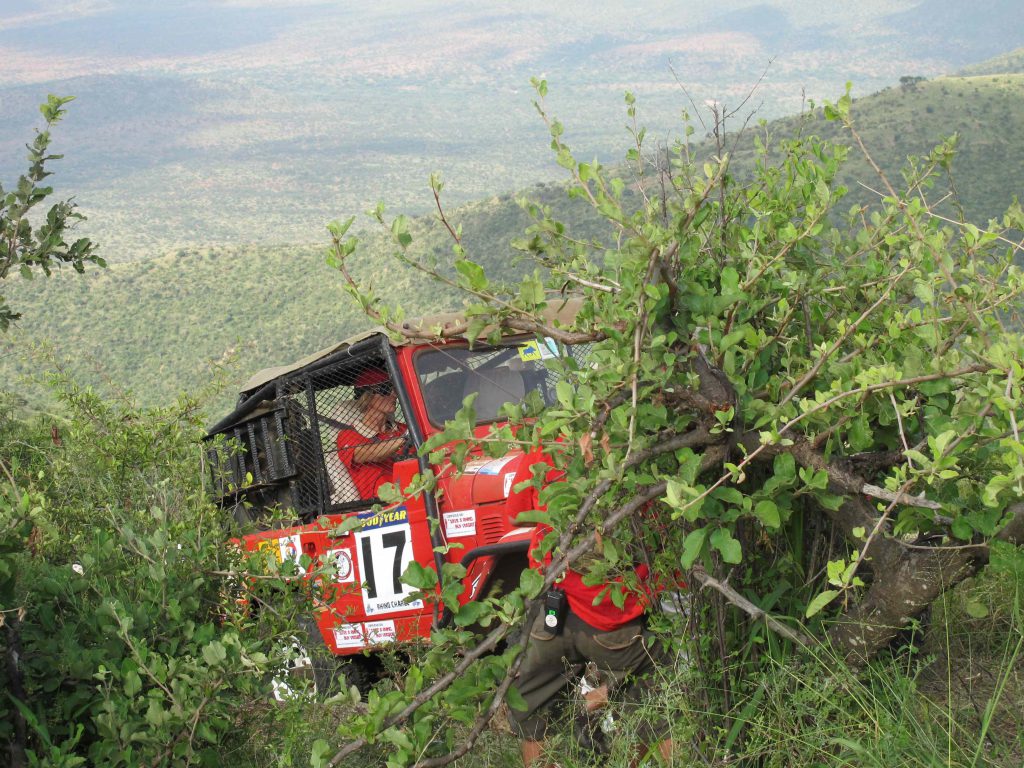 We have winched it up hillsides from trees, lowered it down the steepest of hill sides, roped and swung like a pendulum around hill tops, and crossed rivers, sand valleys and mud.

It is always an adventure and we keep account of our experiences and personally thank all our supporters and send an account of our adventure. We can even be tracked live on the day.

Raising funds for these African forest ecosystems in an important part of the solution. I would be grateful if you joined us. 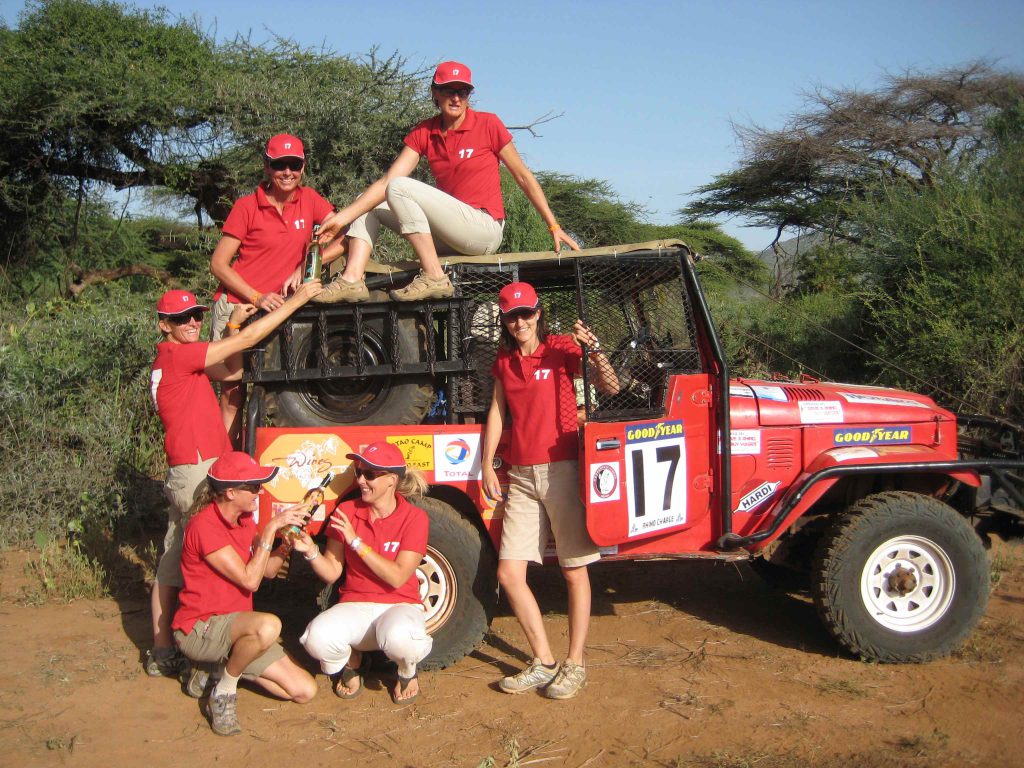 Louise Leakey spent much of her childhood in the deserts of northern Kenya, uncovering clues of our past. Educated both in Kenya and in the United Kingdom, she completed her PhD at University College London in 2001. Currently she is a Research Assistant Professor at University of Stony Brook, and a Director of the Turkana Basin Institute. She’s also a National Geographic Explorer in Residence,  a Young Global Leader 2005, a pilot, photographer, sailor, and winemaker.

Experience Kenya for yourself!

Up Next: 4 Great Books About India