Both Rwanda’s rare mountain gorillas and the village communities that co-exist alongside them are thriving, according to new reports—and the successes are directly tied to visiting travellers who come to the country to stay in newly built luxury eco-lodges and participate in gorilla treks.

According to The Dian Fossey Gorilla Fund, a foundation that continues the conservation efforts of its namesake founder in Rwanda’s Virunga Mountains, a surge in gorilla trekking tourism over the past decade has brought a flood of new funds into the country. But it’s the way those funds are managed—through the collaborative efforts of government, wildlife scientists, and local villagers—that has allowed both the gorillas and their human neighbors to flourish. 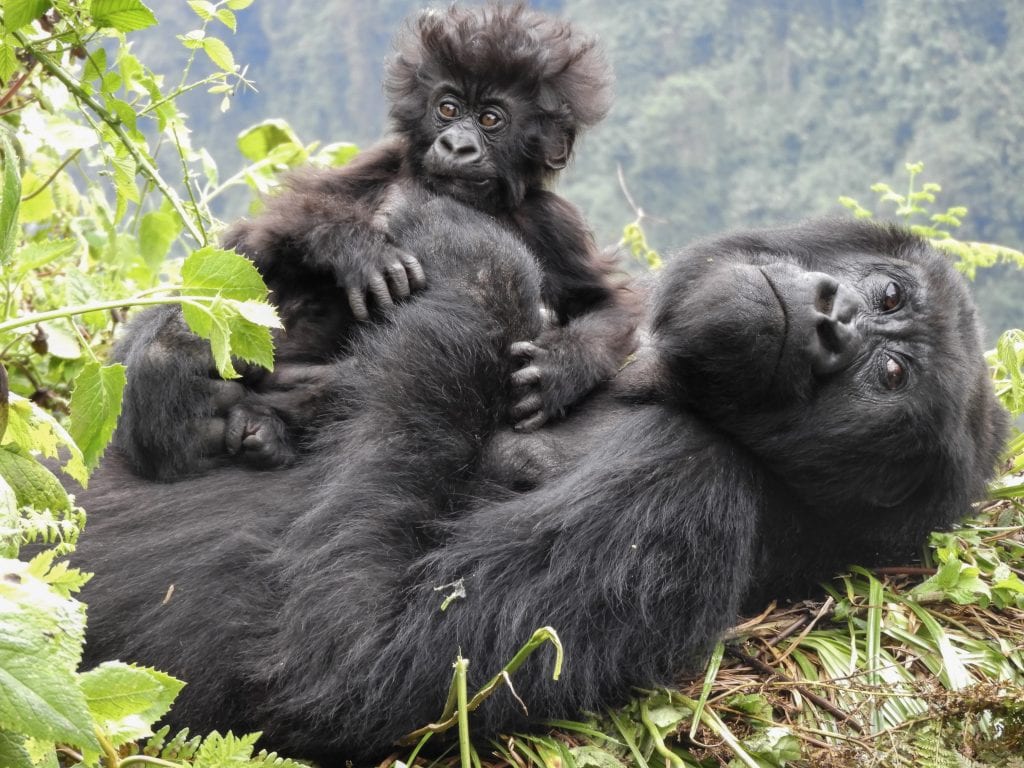 The joint initiative is called Tourism Revenue Sharing, and it works like this: All travellers seeking gorilla trekking safaris in Rwanda’s Parc National des Volcans (where the majority of the primates live) must adhere to a carefully controlled, conservationist-designed protocol. As well as only venturing into the park while accompanied by trained local guides and limiting their time with the gorillas to just one hour, tourists must pay a government-mandated fee for the experience. Since 2005, a percentage of these fees (at present about 10 percent) has been earmarked and distributed to villages that border the gorillas’ habitat, where residents can decide how best to use it for their communities.

The upshot has been an unprecedented expansion of services and infrastructure in Rwanda’s mountain villages. Some have used their Tourism Revenue Sharing income to build schools or medical centers; others have created new housing for their residents, with better access to water and roads, or furnished them with herds of milk cows. And these amenities haven’t only provided villagers with a better quality of life—they have also demonstrated that gorilla conservation offers a viable, attractive alternative to what many locals once resorted to in order to feed their families: poaching.

As a result, say researchers at The Dian Fossey Gorilla Fund, Rwanda’s population of mountain gorillas is on the rise. In fact, it has more than doubled since the late 1960s, when widespread poaching and habitat destruction had reduced the number of resident gorillas to just 254. Today, the country is home to 600 mountain gorillas, including 24 babies born just in the past year (a special draw, and treat, for travellers to see). Several new proposals on the horizon—including one that would increase the size of the Parc National des Volcans by about 23 percent—have inspired hope among conservationists that these majestic, endangered primates will continue to proliferate.

Rwanda’s sustainable success story is just one more reason why travellers can feel excited about taking a trip to see wild mountain gorillas. To learn more, watch this 60 Minutes segment about how Tourism Revenue Sharing has improved the lives of human and primate Rwandans below then contact one of Micato’s safari experts and start planning your luxury safari to see Rwanda’s mountain gorillas today.

Up Next: Wildlife Spotlight: The African Lion